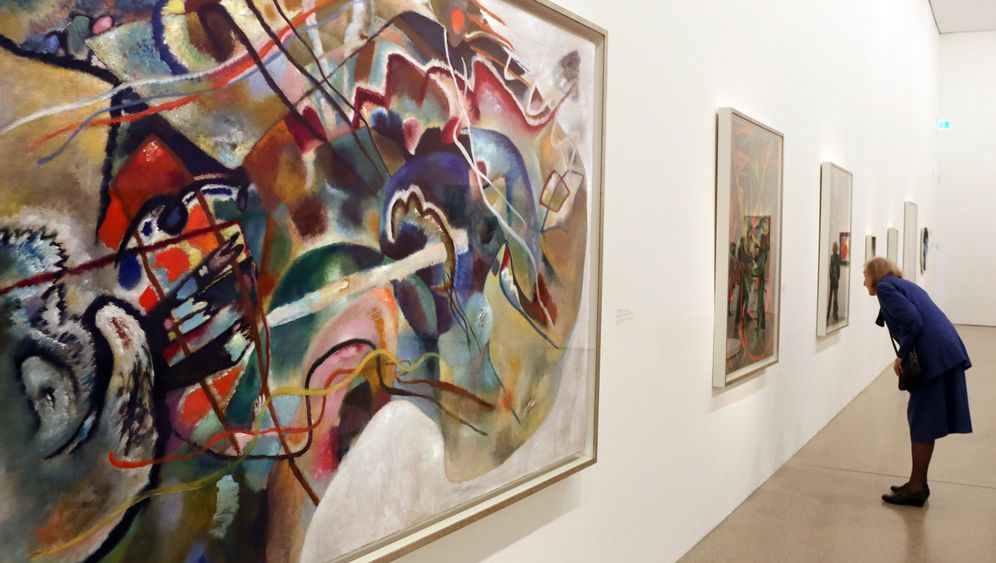 The pieces are somehow familiar. There are still lives from Pablo Picasso and Paul Cézanne, sculptures by Edgar Degas, Alexander Calder and Constantin Brancusi, and landscapes from Vincent van Gogh and Claude Monet. Finally, abstract paintings by Franz Marc and Wassily Kandinsky round out the show "Visions of Modernity," which opened at the Deutsche Guggenheim in Berlin on Thursday.

They are familiar not just because of the fame of the artists involved, but also because some of them have already been exhibited at the Guggenheim's Berlin branch on the city's signature boulevard Unter den Linden. Indeed, that was part of the idea behind the new exhibition: It is to be a bookend to the Deutsche Guggenheim's very first exhibition, "Visions of Paris" in 1997. It is also to be the last. The joint project between the New York-based Guggenheim and Deutsche Bank comes to an end on Feb. 17, 2013 when the current show closes its doors.

The end of the unique collaboration, after 15 years and 61 exhibitions, was announced early this year. And the current show, which highlights works given to the museum by donors, was designed as a fitting closure to Guggenheim's presence in Germany.

The Guggenheim-Deutsche Bank partnership in the German capital grew out of a mid-1990s conversation between Hilmar Kopper, the former Deutsche Bank CEO, and Thomas Krens, formerly the director of the Guggenheim Museum. It moved into a 350-square-meter (3,800-square-foot) exhibition space in the heart of Berlin. It was by far the smallest of Guggenheim's branches abroad, a list which includes the Frank Gehry-designed museum in Bilbao and the Peggy Guggenheim Collection in Venice.

Deutsche Bank to Go it Alone

There have been rumors of further expansion, including to Hong Kong, Singapore, Rio de Janeiro or Helsinki. But concrete plans only exist for one project, a museum in Abu Dhabi, likewise designed by Frank Gehry, which is scheduled to open in 2017.

The split between the Guggenheim Foundation and Deutsche Bank came about because Deutsche Bank wants to focus on its own art projects and exhibitions in the future. Indeed, the bank owns a collection of over 56,000 works and would like to display more of them. It plans to transform the site on Unter den Linden into a new art space called Deutsche Bank KunstHalle.

By all accounts, the formalities of the split have been taken care of, right down to deciding on the future ownership of the 18 works the Deutsche Guggenheim acquired as part of the cooperation. Among them are pieces by such well-known artists as Jeff Koons, Gerhard Richter and Hiroshi Sugimoto.

On Wednesday, Deutsche Bank Art Director Friedhelm Hütte and Guggenheim Director Richard Armstrong announced that an agreement had already been reached. But it is being kept secret until early next year when the Deutsche Guggenheim closes its doors for the last time.

With reporting by Karoline Kuhla