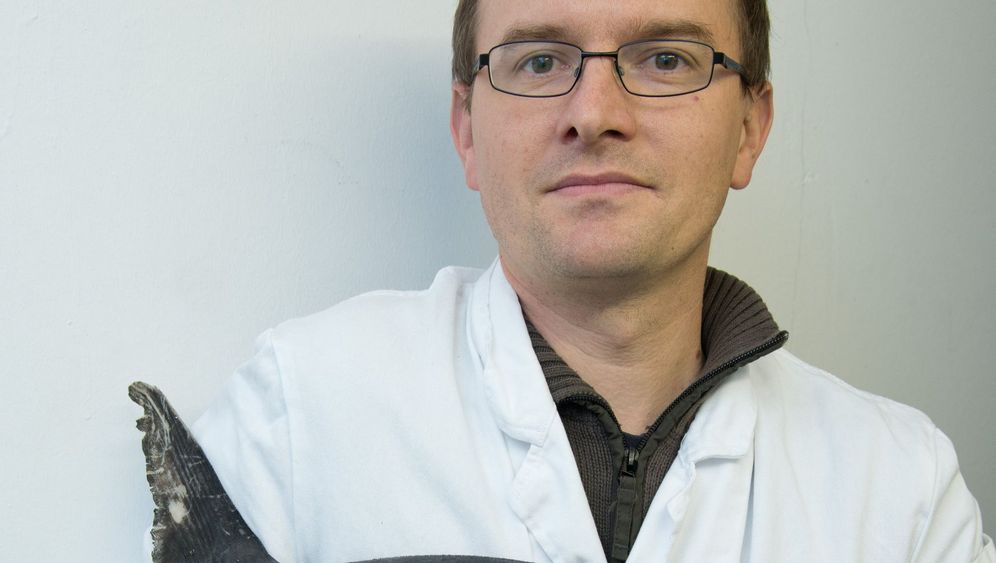 Most fishers traversing the frigid waters of the Baltic Sea aren't used to signs of the tropics. So when fishermen off the island of Rügen pulled in their nets and found an ocean sunfish -- native to the tropical and sub-tropical waters of the Atlantic -- they knew something was amiss.

The fish was barely clinging onto life when they found it on Tuesday. After it perished on board, they put it on ice and took it to the island's coastal town of Sassnitz, where it was then taken to be studied at the German Maritime Museum in nearby Stralsund.

"Ocean sunfish finding their way into the Baltic Sea is pretty rare," said ichthyologist Timo Moritz, who works for the musem. He said it wasn't so much the low temperatures that make the Baltic a poor habitat -- the fish can live in waters up to 480 meters deep. Rather, it's the lack of nutrients. "They feed off of jellyfish, and there are no jellyfish in the Baltic in winter," he said.

Researchers speculated that the fish was caught in the underwater current leading to the North Sea, from which it then wandered into the Baltic.

Largest Bony Fish in the World

Ocean sunfish, also known as Mola mola, or common mola, are the heaviest bony fish known to man. The specimen found in the Baltic measured 46 by 72 centimeters (18 by 28 inches) -- relatively small. The largest recorded example weighed 2.3 metric tons (5,000 pounds) and measured longer than three meters (10 feet). Females can produce one spawn of up to 300 million eggs.

Moritz said the fish was in relatively good condition when it died. Researchers at the museum have preserved it in formaldehyde and plan to analyze its DNA to determine which population of fish it came from.

Despite the fish being a rare find, it was not the first time one of its kind wandered into the Baltic Sea. The German Maritime Museum said they recorded three cases of ocean sunfish being found in the Baltic in 2009 alone. One, found by fishermen in December 2009 in waters off the town of Dransk, is on display at the museum.