The mystery surrounding the disappearance of Malaysia Airlines Flight MH370 and the 239 people it had been carrying appears to have been solved -- at least according to the author of a new book. The jet took off from Kuala Lumpur on March 8, 2014, but never arrived at its destination in Beijing. Instead, the Boeing 777 flew for more than seven hours -- first in a westerly and then in a southward direction. The whereabouts of the aircraft are now largely known: Based on satellite data and drift analysis of the pieces of wreckage that haven been found so far, researchers were able to show that the airplane hit the water somewhere in the southern Indian Ocean.

But how did it get there? It was another case of murder-suicide, Canadian accident investigator Larry Vance, 69, argues in his new book "MH370: Mystery solved." The book claims that one of the pilots, most likely flight captain Zaharie Ahmad Shah, probably got rid of his colleague in the cockpit and flew the airplane through the night into a remote region uncovered by radar that could have tracked it. There, in daylight, he intentionally ditched his fully functional aircraft to make it disappear forever as undamaged as possible.

The official Australian investigators do not agree with Vance. They're sticking to their conviction that MH370 somehow became pilotless, maybe after a fire or a catastrophic depressurization event. According to their version of events, the aircraft flew on autopilot in its final hours, without any human input. When the fuel ran out, the airplane nosedived and crashed at a very high speed into the ocean.

Based on this scenario, the investigators defined a search area where they assumed MH370 would most likely be found. The official search took three years, cost more than $100 million and ended without a trace of the plane's exact location. A second private search is due to be suspended this week. Who's right, Vance or his Australian colleagues?

DER SPIEGEL sat down for an interview with Vance on the occasion of the publication of his new book on the flight's disappearance, "MH370: Mystery Solved."

DER SPIEGEL: Mr. Vance, how many pieces of MH370 wreckage have been found?

Vance: The official investigation in Australia has identified 20 pieces as belonging to MH370, mostly coming from the wings, the fuselage and the tail. Importantly, there's a flap and a flaperon from the right wing. There are a handful of pieces that originate from inside the aircraft, parts of the interior paneling for example. And there are maybe 10 pieces that may or may not come from MH370.

DER SPIEGEL: How many of those remains offer support for your theory of a pilot-controlled ditching?

Vance: Every single one of them. That's why our case is so strong. Some have a lot of very clear witness marks on them. Those on the flap for example prove that the flaps had been fully extended at the time the aircraft hit the water at a relatively slow speed. This is an all-important detail because only a pilot in the cockpit can manually lower the flaps. Other pieces do not provide any direct evidence for what happened, but the existence of each of these can nevertheless be explained by our theory.

DER SPIEGEL: Some of the pieces are conspicuously small. Aren't they ample proof of a crash into the water at high speed?

Vance: This is where the official investigation went wrong. When they saw the tiny pieces, they assumed there would be thousands of similar ones floating on the ocean. And that would indeed have been a proof for their view. But more than four years after the disappearance of MH370, we know: Only a few pieces have made it to the African beaches, not thousands. Had they been created, we would have seen them by now. They haven't been created because there was no crash. It was a ditching.

DER SPIEGEL: Not a single seat cushion nor a life vest has washed up. What does this tell you?

Vance: It tells me they are still inside the airplane. It tells me the fuselage of the airplane is basically intact and resting on the bottom of the ocean. The few pieces that have escaped from inside the aircraft did so because the fuselage was punctured, most likely at the apt end of the right wing. This happened after severe compression forces acted on the wing when it entered the water.

DER SPIEGEL: In your book, you provide 13 pieces of evidence that you say individually and collectively prove the flaps were extended in the last moments of the flight. Is this going to end the argument?

Vance: I would hope so. If anybody wants to challenge us on our conclusion: We have more to offer. There is more evidence on those pieces that I don't mention in the book because it is aimed at the ordinary citizen and what he can understand. With all the additional tiny witness marks we have, we could easily defend our view of the story even in front of the most critical and professional audiences.

DER SPIEGEL: You don't even have access to the actual wreckage -- yet you claim to have a better picture of what happened than the Australian investigators. Doesn't this make your analysis a bit suspicious?

Vance: A lot of accident investigation is done using high-res photographs, even when the wreckage is available to you. I have been doing this for 30 years and my partners Elaine Summers and Terry Heaslip for even longer. We have all the evidence we need. And we have all the experience we need to interpret the evidence properly. This is expertise the official investigators sadly are clearly lacking. But I make the prediction that they will change their minds once they see the evidence in my book.

DER SPIEGEL: As you write, you used to warn people not to accept any conclusions that come from outside an investigation. Now you are one of those people offering advice from far away. Isn't that ironic?

Vance: It is. I have never been in this position -- but there was never something like MH370 before. We teach accident investigation in courses worldwide. We often use pictures from MH370 as an example. We teach what witness marks mean, what the evidence is showing. I found it strange that the results we got to weren't coming up in the official updates on the case. As a matter of fact, those updates that were appearing were even contrary to our analysis. That's when I decided to write this book. It took me 18 months and it wasn't easy.

DER SPIEGEL: Why are the Australian investigators unable to see what you say is plain obvious?

Vance: It's even more astonishing. Dozens of experts from the United States, the United Kingdom, Australia, Malaysia, China, Boeing and Rolls Royce have participated in the investigation into MH370. Some of them are the best and brightest the world has to offer, and some of their work has been intellectually breathtaking. Why is it that three investigators from Canada can see evidence that such an elitist group has simply overlooked?

Vance: Maybe some basic skills in wreckage analysis have been lost. Nowadays, accident investigators tend to focus on flight data and cockpit voice recorders to reconstruct an incident. It's a high-tech approach. The ability to read a piece of wreckage isn't widely taught anymore. This is a worry to me. It's clear that this deficiency must be dealt with -- otherwise future investigations will be hugely error-prone.

DER SPIEGEL: What was the biggest error on part of the Australians?

Vance: Some of them had their minds made up early in the investigation that this airplane was unpiloted, went into a high-speed dive and hit the water at high speed. They probably weren't mentally prepared to change their view when the wreckage came up and wreckage analysis was done. They were biased and blinded by that.

DER SPIEGEL: Was this the most difficult investigation you've ever done?

Vance: No, it wasn't even hard at all. If this was truly a technical fault, it would have been very, very difficult to solve. But when you accept the fact that this was a criminal act, then it becomes very simple. It is easy for a pilot who already has control of the airplane to do whatever he or she decides they want to do with it. There is nothing to stop a pilot from doing what this pilot did. There is a complication of course in eliminating the other pilot. Take that aside, and everything that happened with MH370 is perfectly explainable and all the evidence supports it. A few other things of course aren't explainable: We will never fully know when and how the people on board died.

DER SPIEGEL: We have Andreas Lubitz, a co-pilot with Germanwings, who flew his Airbus with 150 people on board into the Alps in 2015. We have MH370 in 2014, and in 2013, a suicidal captain with LAM Mozambique Airlines crashed his Embraer 190 intentionally in Namibia, killing all 33 people on board. Are suicidal pilots giving rise to a new type of fear of flying?

Vance: I don't think so. The day-to-day traveler can be assured that pilots just want the airplane to arrive safely. But the phenomenon of the suicidal pilot is certainly something that should be studied, especially from a prevention point of view. This was one of the reasons for me putting this book together.

DER SPIEGEL: Will MH370 ever be found?

Vance: Maybe in the distant future. Searching the vast ocean with today's technology is just not effective.

DER SPIEGEL: Mr. Vance, we thank you for this interview. 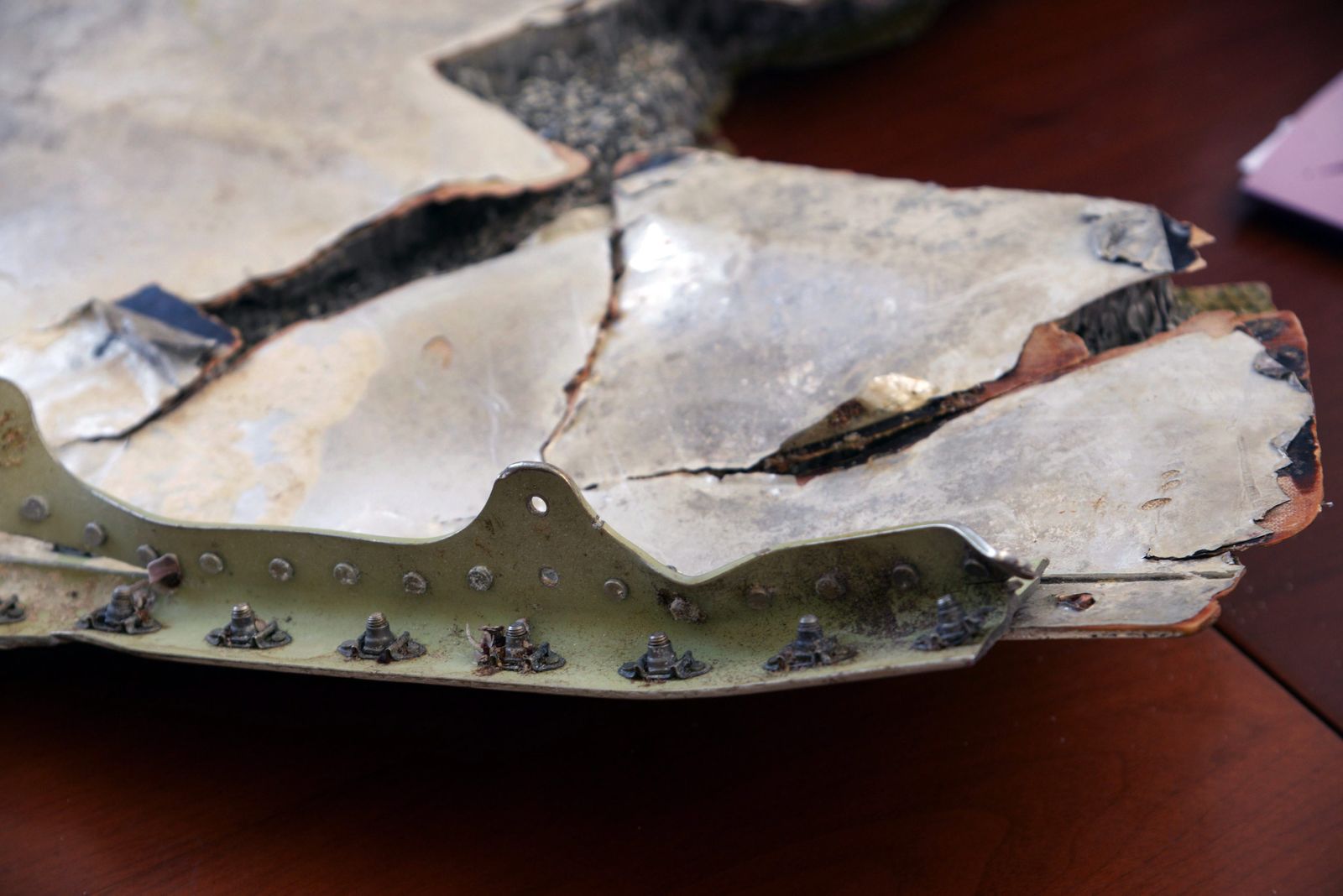 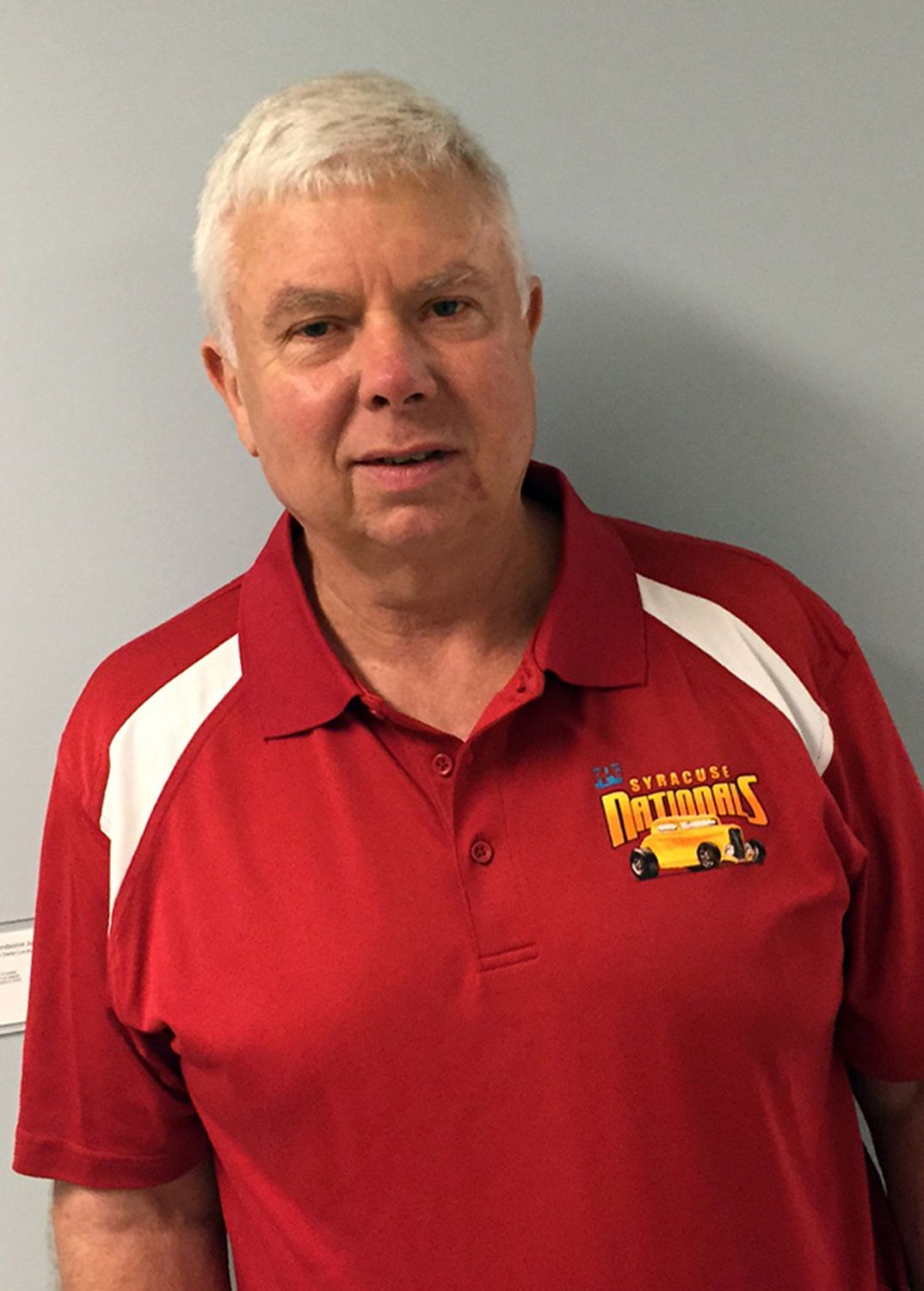