It wasn't love at first sight -- she started out by whacking him in the face. And they still have tiffs -- she stole his birthday cake only a few weeks ago, a delicious block of ice filled with fruit and vegetables and three fish. But Berlin's celebrity polar bear Knut no longer seems scared of his houseguest, fellow polar bear Gianna. In fact, he's getting on so well with her that his fans want them to stay together forever. 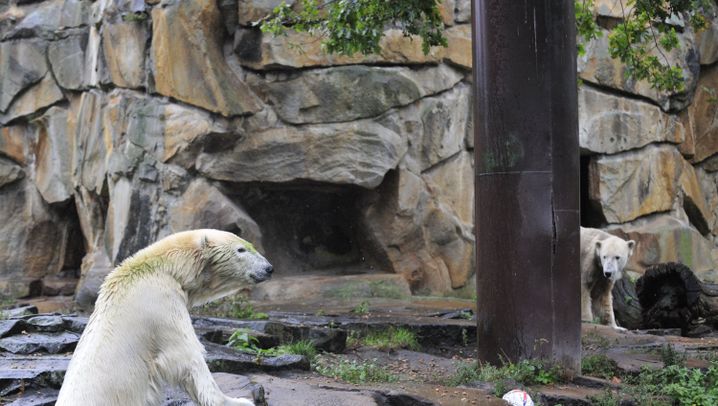 Gianna moved to Berlin Zoo from her home in Munich Zoo in early September because her enclosure is being rebuilt, and because Knut's keepers wanted the hand-reared cub to get used to female company before he reaches sexual maturity.

She is due to move back home next summer but mass circulation Bild reported on Tuesday that Knut's die-hard fans are preparing to campaign for her to remain by his side.

Doris Webb, 66, who collected 38,000 signatures last year in a successful protest against plans by Berlin Zoo to move Knut to another zoo, told the newspaper: "If the zoo director doesn't push for her to stay in Berlin, I will start another campaign. It's worked before!"

After keeping a wary distance from each other in their first weeks, the two now clearly enjoy each other's company. They have been wrestling and biting each other tenderly and even enjoy splashing about together in the moat surrounding the enclosure where Knut entertained hundreds of thousands of visitors in 2007 when he was a young cub.