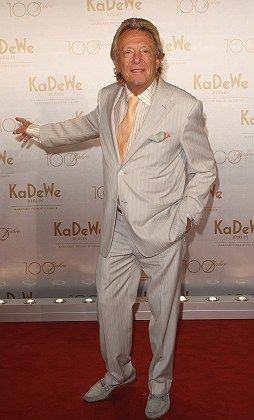 It's no secret that Germany has a problem with ageism. Workers here who lose their jobs after the age of 50 are virtually assured of spending the rest of their lives on the dole. A recent plan to up the retirement age to 67 was lampooned because most Germans of that age are no longer employed anyway.

But aging German playboy Rolf Eden seems to have developed a somewhat warped view of what age discrimination actually is. According to Bild Zeitung on Thursday, the 77-year-old Eden has filed suit against a 19-year-old Berlin woman for the following reason: Despite a night on the town with Eden, which ended back at his place, she refused to have sex with him, saying the he was too old for her.

"That was shattering. No woman has ever said that to me before," Eden told the tabloid. "I was crushed." He has filed charges with the prosecutors' office, he said. "After all, there are laws against discrimination."

Eden is well known to older Germans for having been the king of Berlin nightlife in the 1950s and '60s. Indeed, he is said to have opened up Germany's first-ever discotheque. He's also known for popularizing stripteases in post-war West Germany and for doing his best to emulate Playboy founder Hugh Hefner.

Despite the storied past, his most recent attempt ended in embarrassing failure. Even serving his 19-year-old quarry champagne and playing the piano for her didn't help.

"There are a few years separating us," the almost-octogenarian admits. "And there are some women who are too old for me. But in that case you have to be more diplomatic and say, 'Sorry, you're not my type.'"