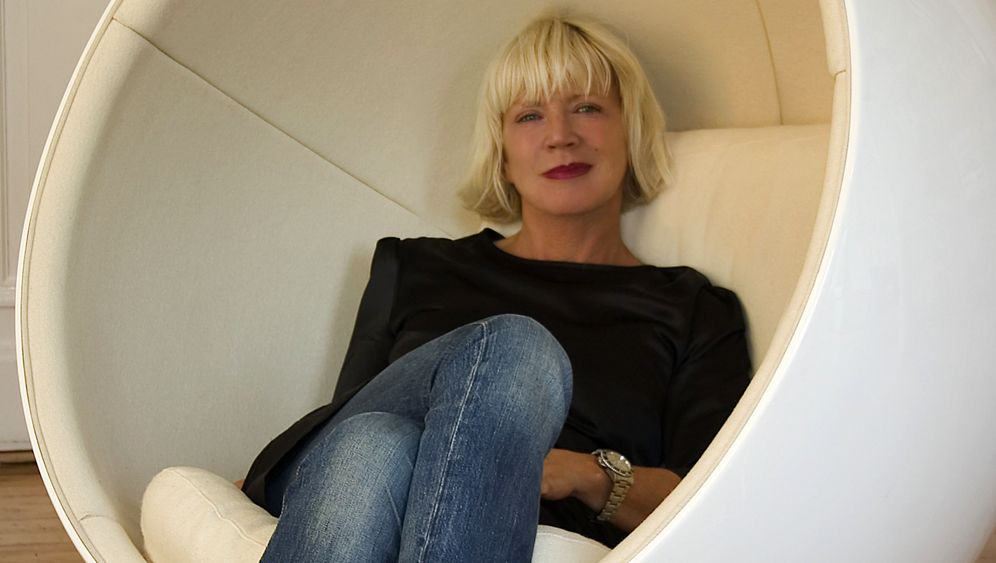 Sissel Tolaas is difficult to label. She's an artist, chemist, odor theorist and smell missionary. Now she can add "magazine curator" to her CV. The current issue of MONO.KULTUR, an arts quarterly published in Berlin, features 12 of the scents she has produced in her Berlin lab. All you need to do is scratch and sniff.

The Scandinavian smell expert, who has degrees in chemistry, art and language, is on something of a mission to change the way we think about our olfactory capabilities. She argues that an appreciation of our sense of smell can allow us to live our lives to their full potential. "We can be nothing without the nose," she told SPIEGEL ONLINE in an interview. "The moment we stop breathing we are dead. With every breath we take in thousands of molecules."

For 20 years, the Norwegian-born Tolaas has been engaged in researching odors, collecting an archive of some 6,700 smells in her West Berlin apartment and training her nose to not just detect scents but to remove her emotional baggage about notions of odors being good or bad. Her interdisciplinary research and conceptual approach has led her to put on art installations, work with universities on research projects and put her knowledge to commercial use.

Tolaas argues that our sense of smell is "completely undervalued" compared to other senses. We rarely understand the information that comes through our noses, she says, and we lack the language to describe what we experience. Yet the very way we relate to our surroundings and each other can be primarily through smell. "Tolerance doesn't start with looking and hearing, with skin color or religion but with the smell, the nose," she argues.

'Smell Occurs in an Emotional Context'

Tolaas is working with young people to redress the sorry state of our smell consciousness. For seven years she has been "investing in the future" by tackling children's preconceived ideas of good and bad smells. "I take kids to hardcore neighborhoods where it's very pungent and the kids freak out," she explains enthusiastically. She then reproduces the smells in her lab and reexposes the children to them. On day one they are disgusted but slowly they get used to the whiff. By day five, they have learned to like the once-strange odor.

"We are not born to like and dislike things," she explains. "Every smell occurs in an emotional context and you have to have an experience to react to the smell."

There is, however, one smell she admits that is universally regarded as bad: the smell of death. But even that didn't turn off Tolaas, who spent years training herself to be neutral about smells -- her personal dislike had been for sour milk -- and not to react to them emotionally. The German Museum of Military History in Dresden set her the task of recreating the stench of the battlefield and she rose to the challenge. "They wanted the smell of dead bodies and blood and I tried with the tools I have, although I thought to myself: How far do I go, where do I stop?" When she presented the museum with her scent, however, they quickly went off the idea.

Though she doesn't have a gallery or consider herself part of the art world, Tolaas has made a name for herself as an artist. "I am interested in action and reaction, in the process of being alive and I needed to get out of the lab situation," she explains. She chose art as a way to communicate her ideas, because that was the most likely world to accept her "crazy project."

In 2004, for example, Tolaas presented an art project on her adopted city of Berlin, where she has lived since 1987. She went to four very different districts -- Reinickendorf, Neukölln, Charlottenburg and Mitte -- and walked around, identifying the neighborhoods with her "professional nose." She then reproduced the smells in her lab and returned to the areas to confront the local people with the odors and asked them to speak about them. "They just let loose like children, speaking about the smells and telling me stories. It went beyond what any kind of visual material or sound could have allowed." These reactions then became part of an installation which was shown during the third Berlin Biennale art exhibition.

Tolaas's success in the field of art in turn prompted the commercial world to come knocking on her door. The International Flavors and Fragrances (IFF) company now sponsors her and has provided her with equipment and 2,000 molecules to work with in her lab. "This for me is heaven," she says. "It changed my life." Yet Tolaas doesn't produce perfumes. "I have nothing against perfumery or deodorization, but we have to know what we are covering up before we deodorize it." Everyone has a unique smell she says, like a finger print, and that smell interacts with any perfume that is applied.

Tolaas has also worked with academia. She exhibited a show on the smell of fear at the Massachusetts Institute of Technology in 2006 and has worked with a Harvard University research team on assessing sources of pollution in Mexico City. She developed methods to engage with people in the city and their awareness of the causes of pollution. "If you get the message through your nose, you really get the message," she argues.

At the moment she is working with sports giant Adidas on developing the company's corporate identity and has projects in the works with the American cities of San Francisco and Kansas City. "I am really busy," she says with relish.

Tolaas is positively evangelical in her striving to improve our olfactory skills. "There is so much out there that we don't know about the nose. What would happen if we started to train the nose for other purposes than just breathing in and out?"

Yet her work is almost always playful and full of humor. "It's all about getting humanity to become kids again," Tolaas says. "As far as the nose is concerned, we are all babies, we haven't got a clue. I give you the playground and let you run loose."