Around 500 party-goers, among them many Americans, were in the West Berlin nightclub La Belle when a terrorist bomb exploded just after midnight on Saturday, April 5, 1986. Two US servicemen and a Turkish woman were killed in the blast.

Aside from shocking the world and provoking a US attack on Libya 10 days later, the tragedy briefly drew global attention to the existence of the so-called "Ami-Club" scene associated with American troops stationed in the former West Germany. Since then, little has been heard about this elusive chapter in German-American intercultural relations. In the years following the fall of the Berlin Wall the scene began to fade into obscurity -- until now.

A new project by Berlin DJs Daniel Best and Kalle Kuts (aka G.I. Disco) aims to evoke the heyday of the millions of "Ami" or American soldiers stationed in West Germany during the Cold War, contributing to the small but growing trend of "Westalgie" -- nostalgia for the former West Germany.

"Back then GIs weren't seen as occupiers," Kalle Kuts remembers, "they were very welcome because they had saved West Berlin during the blockade and made sure it stayed part of the free world. It all looks a bit different from today's perspective."

The DJs' compilation "G.I. Disco -- A 1980s History of the Cold War's Hottest Music in West Germany," released last week on UK record label BBE, traces the assimilation of American soul, funk, R&B and disco into the West German music scene in the final decade of the Cold War. The album pays tribute to exclusive "GI clubs" which sprang up all over West Germany during the 1970s and 1980s to cater for hordes of homesick troops craving a taste of American nightlife.

Growing up in West Germany, Best and Kuts had been turned on to the ground-breaking sounds coming out of the US while listening to American Forces Network Radio. "AFN's Top 40 show format and the style of their DJs was completely unknown to German listeners back then and the soul, funk and disco records that army DJs like Steve Kastelac or the Magnificent Magoo played on their shows were simply the freshest sounds around," write the Berlin DJs in the liner notes of their new album.

It seems the radio station -- primarily designed to keep US servicemen up to date while abroad -- inadvertently inspired a whole generation of West German musicians.

The Mysterious World of GI Nightlife

According to Best, there were two types of GI nightclubs. A number were actually inside the American military zones, such as Silverwings at Tempelhof Airport in West Berlin -- essentially an officers' club for members of the US Airforce. As a rule, "GI clubs" inside military zones were out of bounds for Germans. Locals who succeeded in charming their way past the US military policemen on the door were mostly women. The clubs were designed to be as authentic as possible, right down to the imported American drinks sold behind the bar. All transactions were in dollars -- clubbers could exchange deutsche marks at the door.

Then there were the inner-city American clubs outside the military zones where the door policy was more relaxed. These were the sort of clubs, says Kuts, that he and Best occasionally managed to sneak into. He says they "just came for the music and were happy to gain admission at all." Nightclubs such as Chic in West Berlin and Cinderella in Stuttgart gave young Germans like Kuts and Best their first glimpse of the sequestered world of GI nightlife.

"I remember some of my first serious clubbing experiences going to Chic in West Berlin in the mid to late '80s," Kuts reminisces. "They used to check us with metal detectors at the door, something that became standard practice after the La Belle bombing. It felt like going to a club in New York. The DJs at Chic performed on another level -- it was the first time I saw and heard anything like that in real life, not just in an American movie or music video."

Best and Kuts believe the new sounds of the GI club scene helped to set the course of West German popular music. "I can still remember when Eric B. & Rakim's track 'Paid in Full' first came out in 1987. It was one of the songs that started the whole new school hip hop movement and I heard it first in Chic," Kuts told SPIEGEL ONLINE. He claims American influences can be seen in the music of the Neue Deutsche Welle (a German music genre often translated as "New German Wave") as well as modern German hip hop, dance and electronic music.

"A lot of DJs and musicians have been influenced in their later work by going to those clubs and listening to AFN radio, just like Daniel and I," explains Kuts. He points out that big names associated with Germany's 1990s hip hop explosion, such as Advanced Chemistry from Heidelberg or Die Fantastischen Vier from Stuttgart, came out of cities once home to large concentrations of US troops.

On the back of the duo's project -- the album, their regular Berlin events and an upcoming DJ tour -- the GI clubs of the 1970s and 1980s are being rediscovered as legends of "Westalgie" folklore. However, Kuts says that despite the significant role they played in shaping modern West German music, the nightclubs have been largely ignored by social historians of West Germany. "It's a shame the GI club culture in Germany is kind of a black hole in history writing. That's one of the main reasons we started this 'G.I. Disco' project," he told SPIEGEL ONLINE.

The academic silence on the topic is surprising considering the special function the clubs played for the African-American soldiers and African-Germans in Germany. "Most of the guests at Chic were African-American GIs performing the latest dance moves fresh off the US dance floors and German women interested in meeting these guys," says Kuts.

"There were other immigrants there too, kids from Turkey, Yugoslavia and Greece." The clubs were "ethnic melting pots" and also "offered the small Afro-German community a home where they could be part of the majority -- at least for one night," write the DJs.

Kuts and Best won't rest until the GI club scene gets the musical and cultural recognition they believe it deserves. The DJ duo are now also planning an exhibition of rare photos and eyewitness accounts in their quest to shed more light on this lost chapter of West German cultural history. 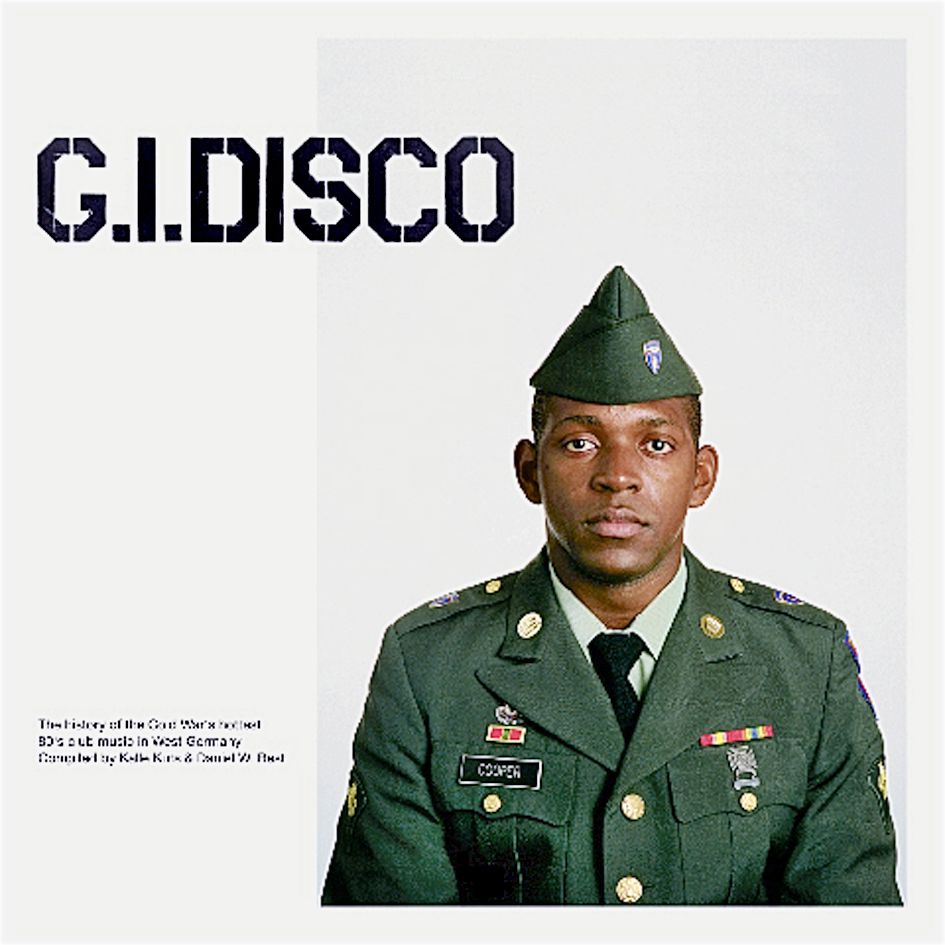