On the surface, the mood is buoyant at the annual archaeology conference in southern Turkey. Eager academics, more than a few of them clad in khaki vests and breathable pants, engage in animated conversation as they network and discuss their pet projects. Outside, a warm sun is shining.

But looks are deceiving. For many of those present, the future is filled with uncertainty. The Turkish government in Ankara has still not granted annual permits to many of the excavations that the careers of the scientists present depend on. And there is concern that the reason for the delay has much more to do with the state of Turkey's relations with the West than with the merits of the projects in question.

"This is not a scientific meeting," says one German archaeologist who asked to remain anonymous because his permit is still pending(he had hoped to begin digging this month). "It's all about politics. Everyone is talking about permits and being nice to the bureaucrats."

The Germans here have reason to worry. The new Turkish minister of culture and tourism, Ömer Çelik, told SPIEGEL in March that some German-led excavations in Turkey are sloppy. "There are many that simply leave sites however they happen to look at the end of an excavation, disorderly and without having been restored in any way -- a deserted landscape," he said.

The interview was essentially a delayed response to insensitive comments made by the head of the Prussian Cultural Heritage Foundation, Hermann Parzinger, who told SPIEGEL a year ago that "Turkey doesn't have an established system for preserving historical artefacts" and that cultural heritage "is the last thing they think about."

The harsh words are part of a long quarrel between Germany and Turkey about the provenance of Turkish antiquities that fill German museums. Ankara wants them back and German museum directors have, in some cases, been slow to respond. German archaeologists fear that Çelik's comments could be a hint that permits might be difficult to come by this year as a result -- that science might fall victim to politics.

Numerous international teams in Turkey that were hoping to start digging in May have not yet been granted permits and dozens of archaeologists from universities around the world are simply waiting. Many archaeologists here at the 35th Annual Symposium of Excavations, Surveys and Archaeometry in Mugla are becoming frustrated by the delays.

"I want to start excavations soon," said the German archaeologist. "I have a large team and I can't tell anybody what is going to happen."

He said there is a real possibility the team will break apart. For one, as the vacation season approaches, flights to Turkey are getting more expensive by the day -- making it more difficult for scientists still in Germany to travel to the dig site. Furthermore, funding organizations can't wait forever to find out if the dig will go forward. In short, a process that used to be a formality has become a ritual of nail-biting.

Many believe that the delays may be simply because Çelik has not been in office for long and that the efficiency of the permit system has suffered. Others, though, fear that Turkey's approach to archaeology and artefacts is becoming suffused with nationalism.

There are currently far more Turkish-led sites than foreign-led digs. And the latter have been decreasing, from 48 in 2009 to 39 in 2012 -- against 116 permits granted to Turkish teams, according to the Turkish Ministry of Culture and Tourism. Many of the foreign permits, though, are for important sites that have been continually excavated by researchers from that country for decades and withdrawing permits in favor of a Turkish team could be detrimental.

"From my point of view, one could not excavate without the archives and without knowing what's been done there for the last 100 years," said a German archaeologist. "You could think about archaeology as a very complicated surgery. You don't want to change the surgeon halfway through."

Ankara denies that it is pursuing a strategy of nationalizing digs in the country. In a statement provided to SPIEGEL ONLINE, the Ministry of Culture and Tourism said it treated all permit applications equally, regardless of who they came from.

But many of the scientists at the symposium in Mula aren't so sure. "The mistake of the last few years has been that of trying to combine science and politics," said Mehmet Ösdoan, a professor emeritus at Istanbul University. "That hurts science."

Money, though, could also be a motivation. Many Turkish and international archaeologists say that the current administration prioritizes economic development above everything else, including science. It is a complaint that echoes those of protesters who have been marching through the streets of cities and towns across the country in recent days. Archaeologists can cite numerous examples where important sites were destroyed in recent years during the rush to build things like dams, hotels and subways.

Furthermore, tourism in the country is booming; the number of annual visitors has skyrocketed in the last decade, from 15.2 million in 2002 to 36.7 million in 2012, and a visit to an archeology museum or important site from antiquity is on most itineraries. The grander the site or object, the better the tourism draw -- a connection which, given that tourism and archeology permits are managed by the same ministry, Ankara is sure to have made.

"In the past, tourists went to a few select places," said Ösdoan, who has worked in the field for 50 years. "Now they are everywhere."

Turkey has also been flexing muscle when it comes to the return of artefacts and has adopted a much harsher tone. Indeed, the increasingly brusque and frequent demands being made of museums like the Metropolitan in New York, the Louvre in Paris and London's British Museum are what prompted many archaeologists at the conference to bring up their concerns of nationalism. German museums in particular, which hold many excellent pieces from Turkish antiquity, have been a target.

Often, though, it is difficult to determine just how a given object found its way out of Turkey. Despite the fact that the Ottoman Empire banned the export of antiquities in 1884, exemptions were sometimes granted, meaning that the decision as to whether a specific object should be returned is often more about ethics and politics than about legality and science.

"If they have the papers, they should put them on the table," one German archaeologist, who asked not to be named, said about museums holding controversial items. "And if they don't, they should return them. We are not in an age where we can fill our museums with stolen objects. That is not compatible with our values."

Turkey has managed to get some items returned. But archaeologists have often played the role of pawn in the battle. For example, Germany sent the ancient Sphinx of Hattusa back to Turkey in 2011, but only following threats and, later, the withholding of digging permits for German teams. In 2009, German-led teams held 14 permits to lead excavations in Turkey; by 2012 that number had dropped to eight.

Germany is particularly vulnerable to such pressure. The Prussian Cultural Heritage Foundation oversees several significant museums in the country while at the same time holding sway over the German Archaeological Institute that coordinates and funds German digs.

"In the US, archaeology is totally independent. We have no real sway nationally or among other universities (pertaining to the return of antiquities). Putting the pressure on archaeologists is just not effective in the US because we have no power," said one American archaeologist who asked not to be named because he is waiting for a permit. "Germans are more under threat because there is more at stake." 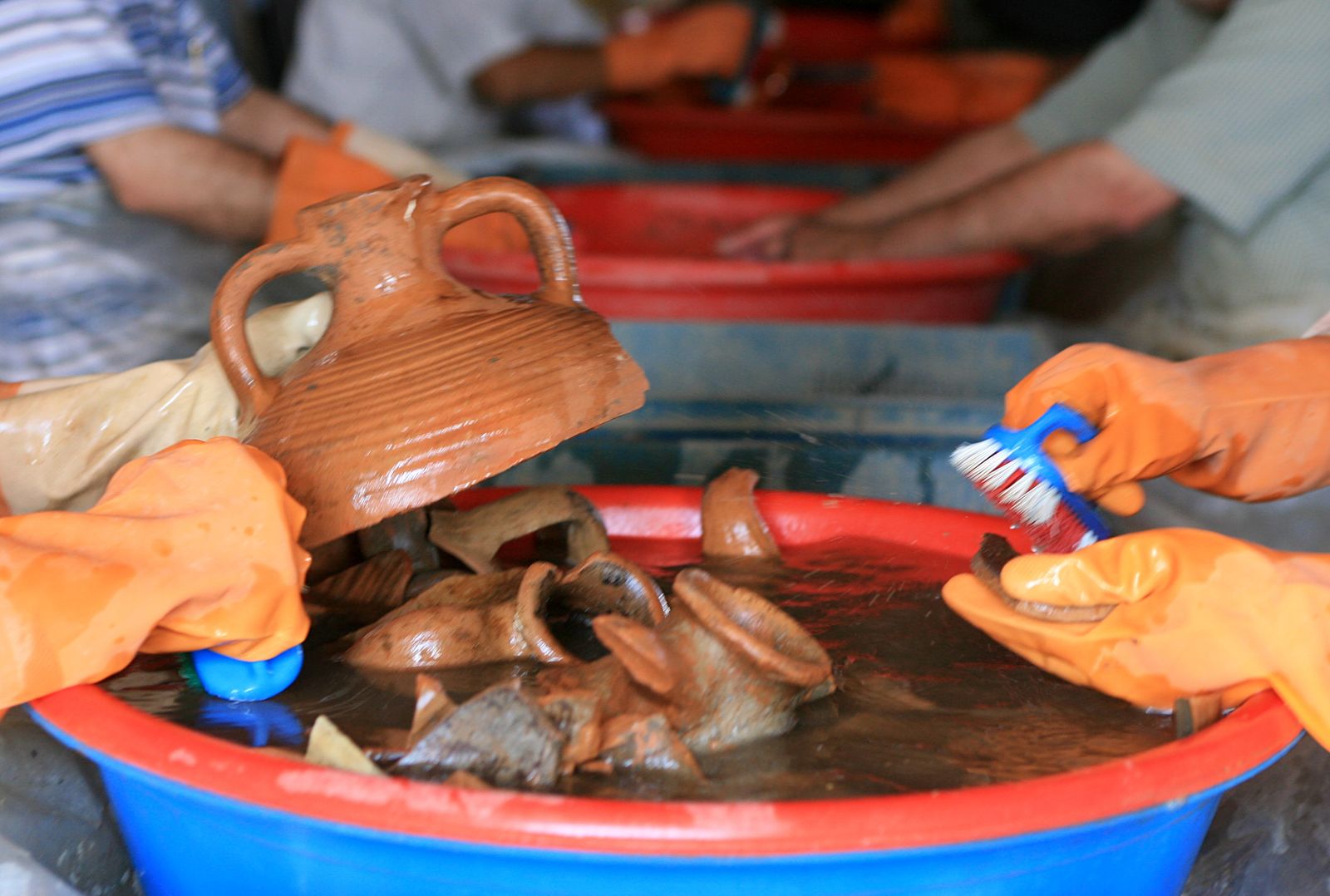