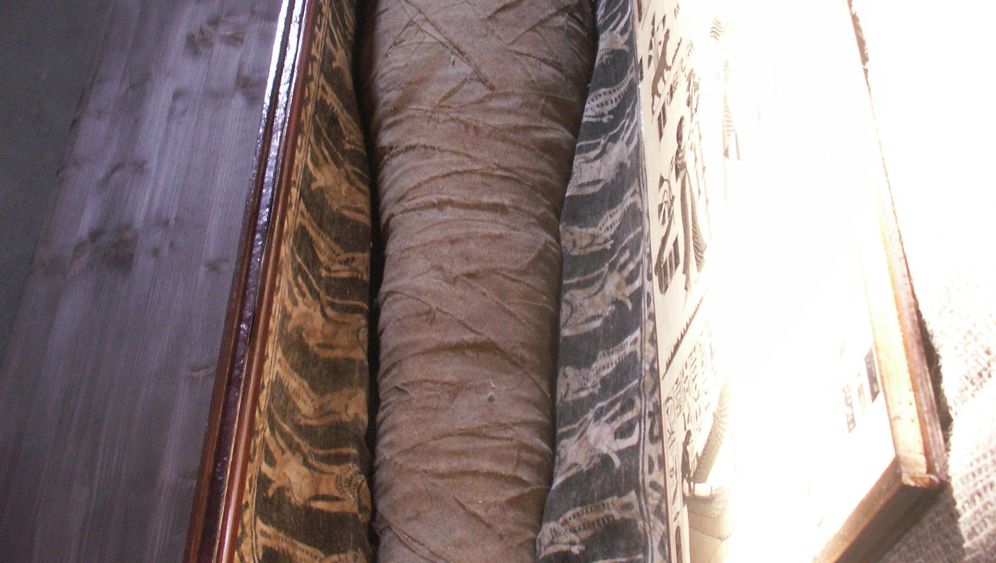 Last week 10-year-old Alexander Kettler was playing in the attic of his grandmother's house in the northern German state of Lower Saxony when he came upon three mysterious cases in a cluttered corner. Neither his grandmother nor his father, a local dentist named Lutz Wolfgang Kettler, knew what was inside. So they hauled the dust-covered cases out of the attic, pried them open and peered inside with amazement.

"There was a huge sarcophagus and inside a mummy," said Lutz Wolfgang Kettler. "Then we opened the other cases and found an earthenware Egyptian death mask and a Canopic Jar," he added, referring to a container in which the ancient Egyptians kept the entrails of the deceased who had been mummified.

As to the question of how the 1.6-meter (5.2-foot) mummy could have gotten to the small town of Diepholz, Kettler can only speculate. His father, who passed away 12 years ago, went traveling through North Africa in the 1950s, but spoke very little of his travels. "He was of the older generation who experienced a lot in the war and didn't really talk about anything. I do seem to remember him mentioning having been to the city of Derna in Libya," says Kettler. Had Kettler's father purchased the sarcophagus on his trip, it would have been possible for him to ship it to Diepholz via Bremerhaven.

Though Egyptomania had peaked a century earlier, trends like so-called mummy parties, where revelers got together and unwrapped a mummy to see what was inside, persisted through the middle of the 20th century. It's possible, suggests Kettler, that his father had something like this in mind.

The next step, though, is to determine the mummy's authenticity. Kettler plans to drive it up to Berlin in the coming weeks to be inspected under X-ray by an archaeologist friend. Though he believes that the sarcophagus and death masks are replicas, Kettler feels there's a good chance the mummy is real.

"You just don't get the feeling that's something you could buy at a shop around the corner," he says.