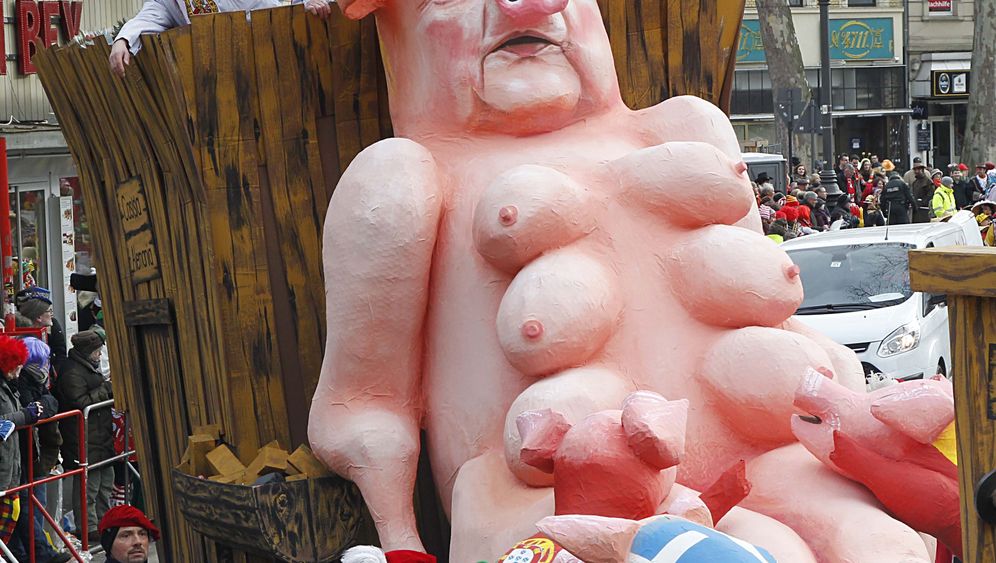 Hundreds of thousands of people turned out to watch the traditional Rose Monday carnival parades in cities, towns and villages across western and southern Germany, with the main processions in Cologne and Düsseldorf doing a sterling job of poking fun at German and European politicians.

In Cologne, a bastion of carnival, satirical floats including one portraying Chancellor Angela Merkel as a sow feeding crisis-hit nations in the form of piglets.

In Düsseldorf, she was shown reluctantly having a Hitler moustache painted on her by Greece, in reference to anti-German protests in the country, during which Merkel, blamed for painful austerity measures, has been portrayed as Hitler.

Silvio Berlusconi, meanwhile, was shown having sex with a vomiting bull representing Europe, in apparent criticism of his decision to run for office yet again in the Italian election this month.

Rose Monday is the climax of the six-day pre-Lent carnival season, which began last Thursday, Old Wives' Day, when women stormed town halls and cut off the ties of men in symbolic castration.

Fancy dress balls and parties have been raging ever since, and the fun will continue until Ash Wednesday.