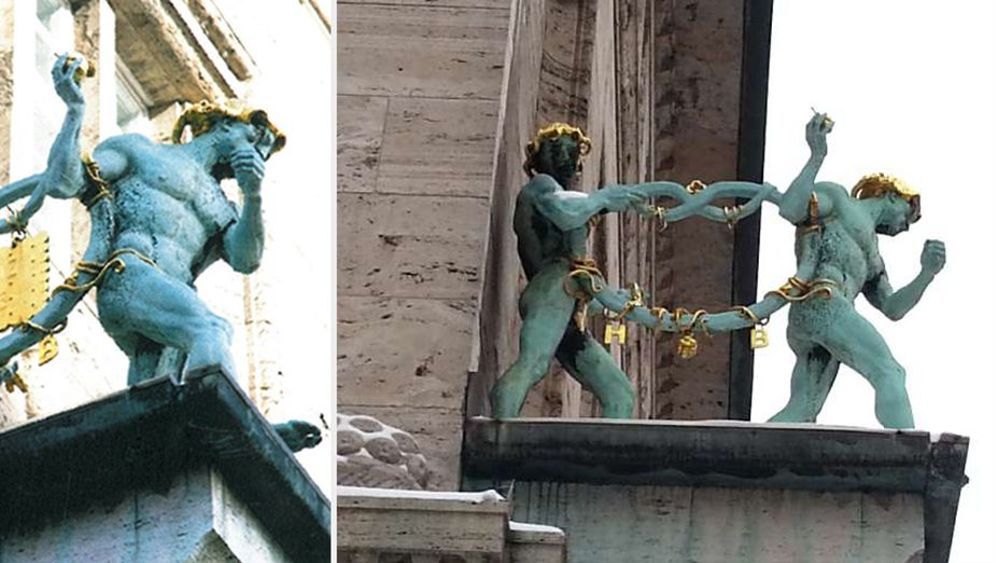 In what is either the tale of a mean-spirited Grinch or a misguided modern-day Robin Hood, a Hanover newspaper on Tuesday received a ransom letter from the purported thief of the golden emblem of a beloved German cookie company. The letter includes an image of Sesame Street's Cookie Monster and the threat that if Hanover-based Bahlsen, the company that makes the Liebniz brand of cookies, doesn't supply the treats to all the rooms at a local children's hospital -- it won't see the golden ornament again.

"I have the cookie! And you want it," the letter read, according to the Hannoversche Allgemeine Zeitung newspaper. The letter is reportedly signed by a "Cookie Monster," and includes an accompanying photo of a person wearing a Cookie Monster costume sticking the golden cookie in its mouth. Yet this deviant individual clearly has no relation to the character of the same name on "Sesame Street."

'Cookie Will Wind up in Trash with Oscar the Grouch'

Until last week, the golden cookie was hung proudly over Bahlsen headquarters in Hanover.

The assumed perpetrator is also demanding that cookies supplied to the children's hospital be "milk chocolate" and that the €1,000 ($1,347) reward offered for information leading to the culprit be donated to a local animal shelter. According to the letter, which includes no return address, if Cookie Monster's demands aren't met, the golden cookie will wind up in a trash can with Oscar the Grouch.

The newspaper confirmed that a similar letter had been sent to Bahlsen. Meanwhile, editors at the paper have passed it along to police to confirm its authenticity.

At the local children's hospital in Hanover's Bult district, officials pleaded for mercy on behalf of Bahlsen. "One cannot forget that what we are dealing with here is a case of theft and blackmail," hospital spokesperson Björn-Oliver Bönsch told the newspaper. "Bahlsen has already done a lot for our hospital -- it doesn't need to be coerced in this way."