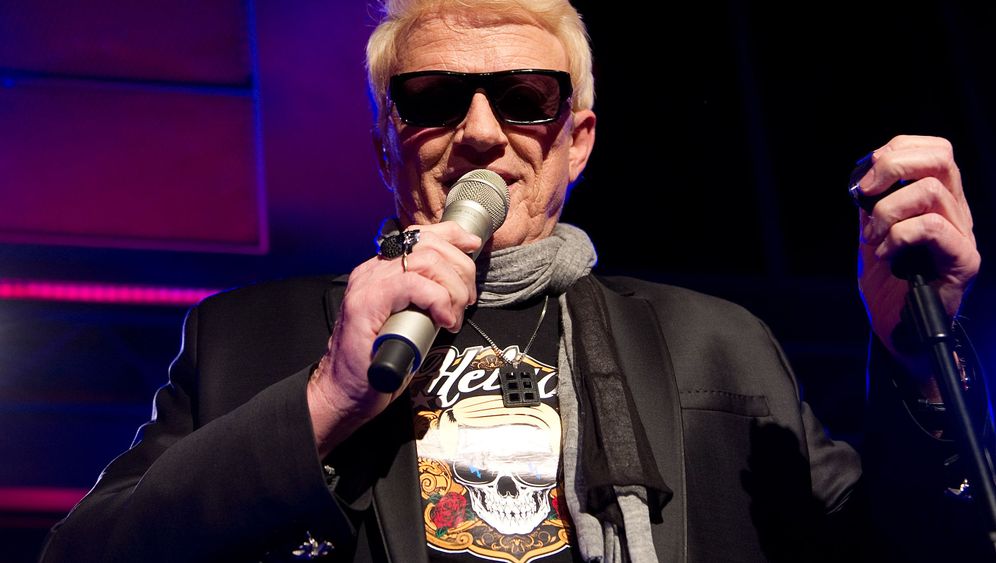 With his peroxide mane and pitch-black shades, Heino, 74, looks more like a James Bond villain than a crooner. But he has been a baritone legend of Germany's pop music scene for over half a century.

He could be described as a robotic German version of Johnny Cash. The equivalent in Britain might be Tom Jones, although it is hard to imagine Heino ever having been showered with women's panties on stage.

Heino, whose real name is Heinz Georg Kramm, is a doyen of the Schlager, an old-fashioned word meaning "hit," an often-maligned but enduring genre of poppy, folksy, sing-along, clap-along songs, usually about love, always in German, and rarely distinguishable from each other.

His rolling "Rs" and polo neck sweaters are as much a trademark as the shades he has been wearing since the 1970s when he was diagnosed with Graves' disease, which caused his eyes to bulge. It is said that virtually every German knows him. He is so famous, in fact, that people dress up as Heino at carnival parties and sing his songs like "Blau Blüht der Enzian" ("How Blue the Gentiana Blooms"), a folk song that sounds like a military march.

His career had quietened down of late, perhaps not surprisingly given his advanced age. Heino, his many fans thought, had finally settled down to a well-deserved retirement.

How wrong they were. Heino has made what can only be described as the biggest comeback in the history of German popular music, while reinventing himself as a rock star in what appears at first sight as nothing less than a David Bowie-esque mutation, his first since he put on those sunglasses.

His new album "Mit Freundlichen Grüßen" ("With Best Wishes"), consisting of 12 cover versions of German rock, punk and hip-hop songs by bands such as Die Ärzte, Rammstein and Marius Müller Westernhagen, reached No. 1 in the German music download charts within three days of its launch on February 1. Some 25,000 CDs have already been sold.

"Never before has an album by a German artist been legally downloaded as many times in the first three days as his new record," said media control, an entertainment data provider.

'It Makes Us Want to Puke'

To underscore Heino's supposed reinvention, he has a new logo consisting of a human skull with a blond wig and black shades which adorns the hood of the chauffeured Mercedes S class limousine with massage seats and a 600-watt sound system which is ferrying him to interviews and TV appearances across the country.

He's also started wearing a skull ring and a heavy chain necklace. The album launch has been accompanied by a skilful PR campaign eagerly accompanied by Bild, Germany's best-selling newspaper, which has devoted front page coverage to the new Heino this week.

In advance of the album launch, the paper ran a story claiming that some of the bands featured in his new album were furious that he had covered their work. "It makes us want to puke," Bild quoted an unnamed source close to Rammstein, the Berlin-based industrial metal band, as saying.

Heino has hit back, perplexingly, by criticizing the songs on his new album. "This stuff I covered, it has a tonal range of maybe half an octave. Seen musically, it's totally ridiculous," Heino told the Süddeutsche Zeitung newspaper. "The 'Gentiana' song is more demanding, you can believe me."

In truth, Heino has no intention of changing his style. He has said he will go on performing his old Schlager tunes and he's not expected to play many of the rock songs on his upcoming tour -- they may, after all, scare off his legions of old fans.

There is a gaping chasm in German pop culture between Schlager performers like Heino and modern acts. Across the divide, performers view each other with contempt.

But while many Germans poke fun at Schlager, the genre continues to occupy prime time slots on German television. Turn on public network ARD at 8.15 p.m. on a Saturday evening and you'll see an array of Schlager and folk music performers, often wearing dirndls and lederhosen, singing about the beautiful Alps or Heidi's deep blue eyes to the rhythmic clapping of an enchanted audience. The shows haven't changed since the 1970s.

That may be because secretly, a lot more Germans of all ages like Schlager songs than they would care to admit.

Ask Dieter Thomas Kuhn, a well-known performer who spearheaded a popular revival of the Schlager style in the 1990s with cover versions of classics like Peter Maffay's "Es War Sommer" ("It Was Summer") or Reinhard Mey's "Über den Wolken" ("Above the Clouds").

He meant it as a joke, wearing glittering 1970s outfits and an exaggerated blond hairdo. But people flocked to his concerts.

"One shouldn't underestimate how many people in Germany really listen to Schlager," Kuhn told SPIEGEL ONLINE. "We were all musicians who came from rock and soul bands. When we started doing Schlager covers we all laughed ourselves silly at what we were doing but we noticed that we were having incredible fun playing this music."

"It's feelgood music, it's something to sing along to, and it's about love. You can't sing about love more plainly than a Schlager does."

Guildo Horn, 49, an eccentric performer who came 8th at the Eurovision Song Contest in 1998 with "Guildo Hat Euch Lieb!" ("Guildo Likes You!"), describes the Schlager as an "emotional primal need, possibly the smallest common denominator of our society."

The Schlager, Horn told SPIEGEL ONLINE in an emailed response to questions, had the power to "petrify even the wildest rogue in schmaltziness." Apparently getting carried away, Horn turned positively Freudian in his effusive, possibly tongue-in-cheek praise of the phenomenon, ascribing meditative benefits to it.

"By banishing worry and stress, the Schlager leads to the intensivization of awareness and to a flight into nostalgic, regressive conditions which resemble dreaming while in a state of being half-awake," said Horn, who once covered the Bee Gees' hit "How Deep is Your Love" with radically altered German lyrics -- it was called "Ich Mag Steffi Graf" (I Like Steffi Graf").

Schlager performers insist that their output attracts people of all ages.

"Right from the start we had very young people coming to our gigs," said Kuhn. That was 20 years ago and our original fans have aged with us. But we still see a great many young ones in the audiences."

"Maybe we've made the Schlager immortal," said Kuhn with a laugh.

That's a legacy Heino may like to claim for himself though, if he manages to get through the next few weeks intact. "I must take care that my Heino doesn't get seduced by young groupies," his wife Hannelore, 70, told Bild. 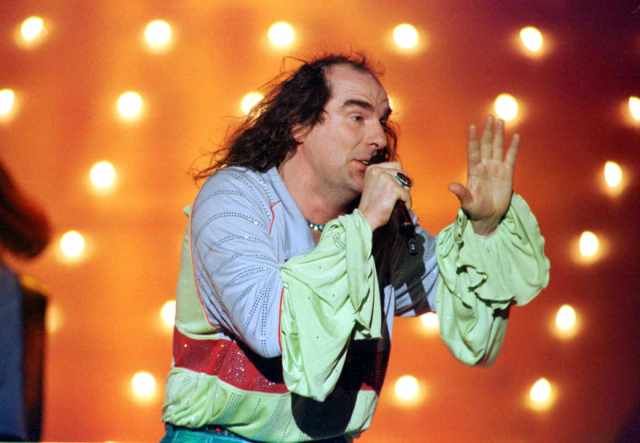 Schlager singer Guildo Horn performs in England in 1998: "One shouldn't underestimate how many people in Germany really listen to Schlager," singer Dieter Thomas Kuhn, one of the more successful performers of the genre, told SPIEGEL ONLINE. "We were all musicians who came from rock and soul bands. When we started doing Schlager covers, we all laughed ourselves silly at what we were doing, but we noticed that we were having incredible fun playing this music."