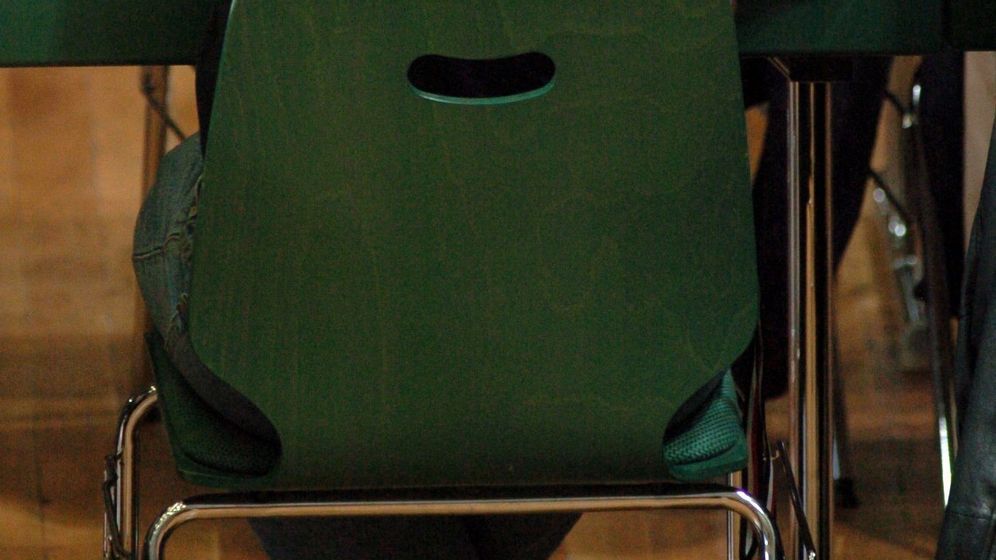 Jens Lütke opposes genetic engineering and the expansion of roads. He also protests against the construction of new power plants and volunteers once a year at an environmental action day. "I often get asked if I'm a member of the Green Party," he says. But Lütke doesn't support the environmentalist party -- he backs the far-right National Democratic Party (NPD). He's the party's top candidate for state parliament in elections in the northern state of Schleswig-Holstein to be held this May.

When Lütke collects trash as a volunteer on an environmental action day, it's hard to tell which party he belongs to. "We don't bring an NPD banner with us when we participate," he says. Still, he isn't alone within the party with his efforts on behalf of the environment. The party regularly coopts the issue of environmentalism in an insidious attempt to make the party more acceptable in German society. Often, it's difficult to recognize the right-wing extremist ideologies behind these efforts.

The tactic is visible in an environmental affairs magazine published by right-wing extremists entitled Umwelt & Aktiv, or "Environment & Active," which resembles a normal magazine focusing on the environment -- at least at first glance. And although the publication's articles on biofuels, genetic engineering, gardening tips and children's songs may seem legitimate, further examination yields pages on Germanic myths and pagan rites. Under the heading "homeland security," readers of last year's March edition learn that the German people will perish both biologically and spiritually if they procreate with people of other ethnic origins.

The so-called environmental magazine also stirs up hatred about religion, claiming that the slaughter of animals without anesthesia is the barbaric custom of Jews and Muslims. "So that all migrants feel at home," the January 2007 issue reports, other "religion-based customs" such as genital mutilation, stoning and hand amputation from the "Orient" could also be imported into the country.

Even though the editorial staff describes itself as "politically independent," this kind of nasty, right-wing extremist propaganda crops up repeatedly. And a closer look at the people who produce Umwelt & Aktiv shows just how dubious that claim is. The masthead includes the Midgard e.V. association, which the southern German city of Landshut's municipal court lists as having members with NPD connections. Among them are board member and publisher Christoph Hofer, who has held two official NPD positions in Bavaria. Then there is the organization's secretary and the magazine's head editor Berthild Haese, whose husband Peter Haese was the head of the NPD's Lower Bavaria chapter and regularly runs in elections as a party candidate, most recently in federal parliamentary election in 2009.

The magazine's editorial staff have also been known communicate internally using NPD email addresses, according to documents published by the anti-Nazi website Nazi-Leaks. Writers for the publication also include party supporters and officials, and ads are used to sell books from the NPD publisher Deutsche Stimme, or "German Voice," with titles like "Race, Evolution and Behavior". Meanwhile, some passages from the first edition in 2007 are lifted from the NPD's own party platforms almost verbatim. One section reads: "German landscapes are cultural landscapes. Thus, environmental protection fundamentally cannot be viewed separately from cultural development." It's the first line of the NPD's environmental policy.

Bavaria, where Umwelt & Aktiv is based, is the focal point of the far-right environmental drive, but other states are also home to "green" Nazis. The NPD is particularly active on environmental issues in the eastern coastal state of Mecklenburg-Western Pomerania. As far back as 2007, a farmer and NPD member made headlines with a campaign against genetic engineering. And Udo Pastörs, a member of the state's parliament and deputy leader of the national party, is known for his nature conservation efforts.

Even outside the party there are right-wing extremist environmentalists in the northern state, near Güstrow and Teterow. Since the 1990s farmers who follow the tradition of the Artaman League, an agrarian movement stemming from the 1920s that adheres to a "blood and soil" ideology and was closely associated with the Nazi party. These settlers have been spreading into other areas too, according to an expert for the NPD-critical organization in the state, Arbeitsgemeinschaft Völkische Siedler, or "Working Group for Racial Settlers." Most of them take an active role in village life, getting involved in schools and childcare facilities, the expert, who asked not to be identified by name in this article, says. And many also produce and sell organic products.

The NPD has long adopted environmental issues in its efforts to gain voter support. The party referred to it as early on as in its 1973 "Düsseldorf Program," which described environmental protection as a contribution to public health. But it was first with the professionalization of the party in recent years that the issue has been catapulted to the forefront.

In its current party platforms, the NPD rejects both genetic engineering and large-scale industrial livestock farming, in addition to calling for greater government spending on alternative energies and national self-sufficiency for agricultural products. Farmers need more support, they say.

In Mecklenburg-Western Pomerania, the NPD has also printed posters that read "Umweltschutz = Heimatschutz," or "Environmental Protection = Homeland Protection." And Jens Lütke also plans to use environmental themes as one of the main issues in his campaign as an NPD candidate for the Schleswig-Holstein state parliament, even if the primary topic he will address is criticism of the euro. "We don't want to leave the green topics to the Green Party," he says.

Umwelt & Aktiv sums up the approach on the last page of its first issue, published at the beginning of 2007. "Environmental protection is not green," it says.