Plans to set up the "BMW Guggenheim Lab" in Berlin's Kreuzberg neighborhood were abandoned last month due to security concerns, following resistance by angry anti-gentrification protestors. Now, organizers have announced they've found a suitable location in the German capital after all.

But it won't be in the famously counterculture district of Kreuzberg, where some residents had launched ferocious opposition to the project. Instead, the traveling lab sponsored by the Solomon R. Guggenheim Foundation and luxury carmaker BMW will now be located in the eastern Prenzlauer Berg district -- an area known and sometimes even ridiculed for undergoing extensive gentrification, a hot button issue in Berlin. It's unlikely that the project will face quite as much hostility there.

"There's enough subculture in Berlin -- the Guggenheim won't bother most of the locals at all," Dirk Mitlehner, owner of a nearby club, told daily Der Tagesspiegel on Wednesday. "Prenzlauer Berg has become so genteel that BMW actually almost fits in."

The temporary "lab," which will host public events on solutions to urban challenges, has named Pfefferberg, a former brewery converted into a cultural center, as the new location. But after delays due to the Kreuzberg controversy, the start of the project will be postponed by three weeks. The lab will now be in Berlin from June 15 through July 29 before moving on to Mumbai, India for the winter. Workshop themes include "do-it-yourself" projects, new urban technologies, sustainable mobility, community and design.

"The decision to relocate the Lab was not an easy one, but we are very pleased to have so quickly confirmed such a suitable alternative and to continue the urgent and important discussions we have begun about cities, and specifically about Berlin, at the Pfefferberg site," Richard Armstrong, director of the Solomon R. Guggenheim Museum and Foundation, said in a statement. "The Lab can only flourish through input and participation from people of all viewpoints, so in that sense the Berlin Lab has already begun."

Berlin Mayor Klaus Wowereit, who has devoted considerable energy to making Berlin a European cultural hub, welcomed the foundation's decision on Tuesday, speaking out against the intolerance of the Kreuzberg protestors. "Together we must confront those who reject change and development in general, in addition to appointing themselves judges of what can and cannot be discussed," he said.

But opponents of the BMW Guggenheim Lab seem poised to continue their resistance. An online statement by anti-Guggenheim Lab initiative "BMW Lab Verhindern," which also criticizes the carmaker's employment practices, said that the new location was "not better because it's less dicey," adding that further protest was likely.

German papers on Wednesday welcomed the news that the project has found a new location in the capital and discuss what the scandal means in the context of urban life there.

"The Guggenheim Lab is coming -- that's the most important thing. But it's not coming to the district of Kreuzberg, but Prenzlauer Berg. It's less important whether this is a defeat for the Berlin Senate because radical forces asserted themselves or if they are comforted by the knowledge that the wiser man always gives in."

"But aside from establishing that there were supposedly communication problems between the Lab organizers in New York and the Berlin officials, thus fanning fears of violent attacks, the urban development project's concerns remain topical: How do we want to live in a metropolis? The answer requires ideas, political controversies and initiatives … But people like the hysterical, alarmist protest group, who drivel on about the threat of an 'upgrade' to their neighborhood, which actually needs substantial investment, are not contributing anything to the debate."

"Berlin has avoided another disgrace. Canceling because the German capital couldn't ensure the safety of a Jewish foundation would have been far too embarrassing. The New York organizers say they still think Berlin is 'great.' But that can only be explained by American nonchalance, because the only thing that was 'great' in this debate of the last few weeks was the hysteria."

"It all seemed a bit ridiculous, as it's only about a six-week project, and not a permanent establishment. The coming weeks will reveal whether the debate blows over, or continues with ideological posturing. But the city-state's politicians can no longer ignore the agitated atmosphere in the inner-city neighborhoods. And the Guggenheim organizers are burdened by high expectations. They want to address the issue of urban living, but so far there is no convincing program. They will need to prove that they want to build more than just a talking shop."

"It's a scandal that the intimidation worked, and it can't be diminished by the fact that the think tank has found wonderful temporary quarters at the Pfefferberg. The message remains: Those who push loudly and ruthlessly enough can dictate what they will or won't tolerate from others in their neighborhood. These are criminal ethics, regardless which form of justification one clings to."

"Still, the protesters hit a nerve in the city. For their blackmail they used widespread fears of rising rents, the displacement of the poor into outer districts, and the specter of 'gentrification.' … The Senate has yet to find a politically convincing answer to this. As correct as Klaus Wowereit's rejection of intolerance is, the fears and worries must be taken seriously. But the Guggenheim Lab will offer both space and opportunity for the necessary discussions about city development and new solutions that fit Berlin. That is, for all those who are actually interested in the city, and are not seduced by the idea of protesting." 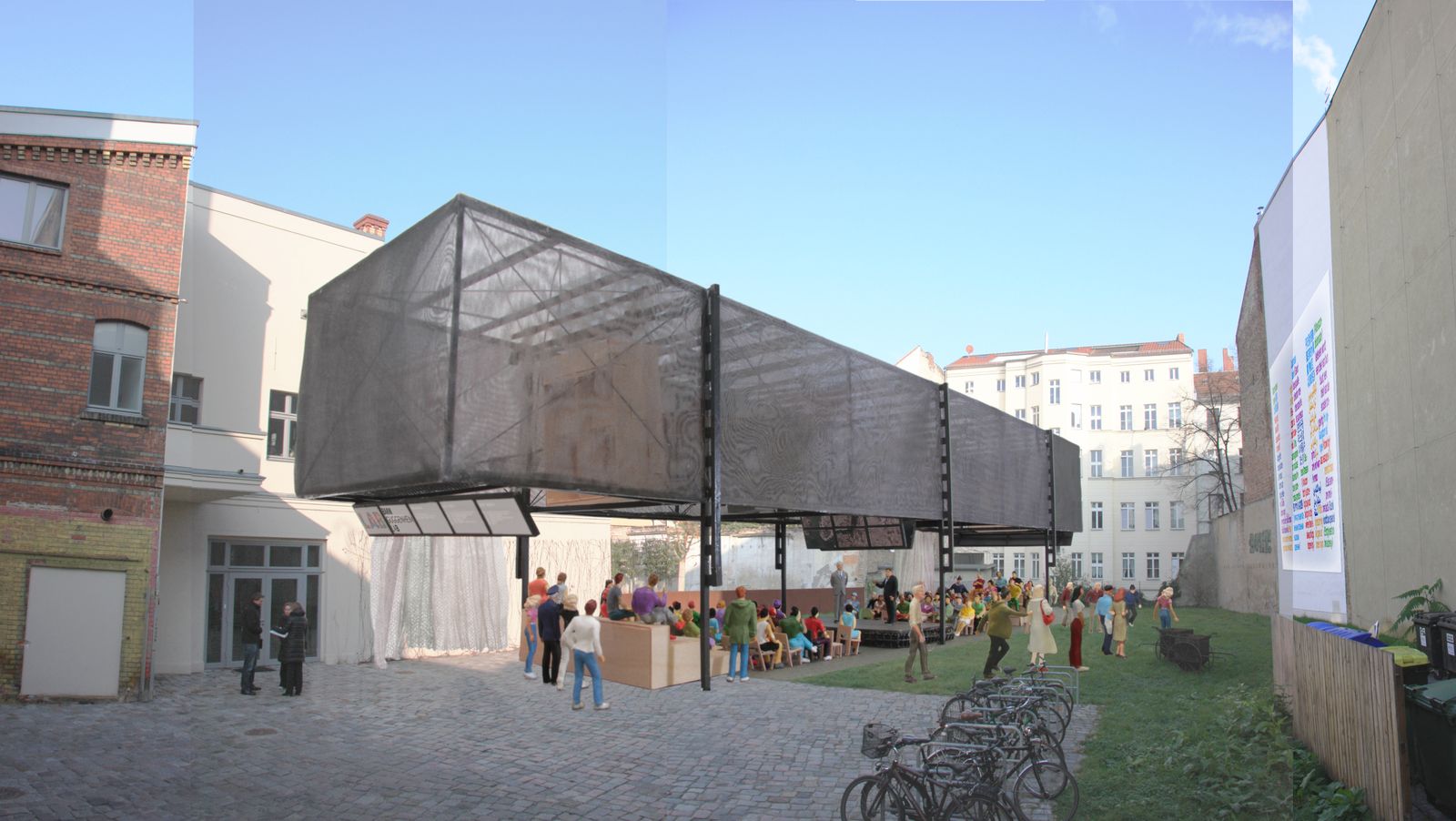