He was thought to be out of the woods, but police have confirmed that a squirrel they freed from a manhole cover on Monday has since died.

A resident in the northern German municipality of Isernhagen, near Hanover, found the rodent dead in her garden. It is thought the animal died of exhaustion just hours after its ordeal. The police officers who initially saved the squirrel dubbed him both "Erwin" and "Gullyver," the latter being a playful reference to where he had been found.

After hearing frantic shrieks coming from the street on Monday morning, a woman discovered that the creature had lodged its head in the opening of a manhole cover. She called local police, who at first struggled to release it from the unexpected trap, daily Nordhannoversche Zeitung reported.

First, the officers attempted to push the rodent's head back through the manhole cover. Then they pulled the metal disc out and set it upright, while one officer pushed the head and the other pulled the body. When this didn't work either, they applied a bit of olive oil to the furry captive, but still failed to dislodge it, the paper reported.

It was only when it occurred to one of the officers to press the squirrel's ears back that it slipped safely out of its snare. "Erwin" was thought to have been convalescing in a nearby garden, but it wasn't to be.

Last year another squirrel died after a similar situation in Hamburg. When fire fighters there failed to release that squirrel, they transported it along with the manhole cover to an animal shelter, where they used a metal saw to cut it out. The animal died shortly thereafter, probably from stress. 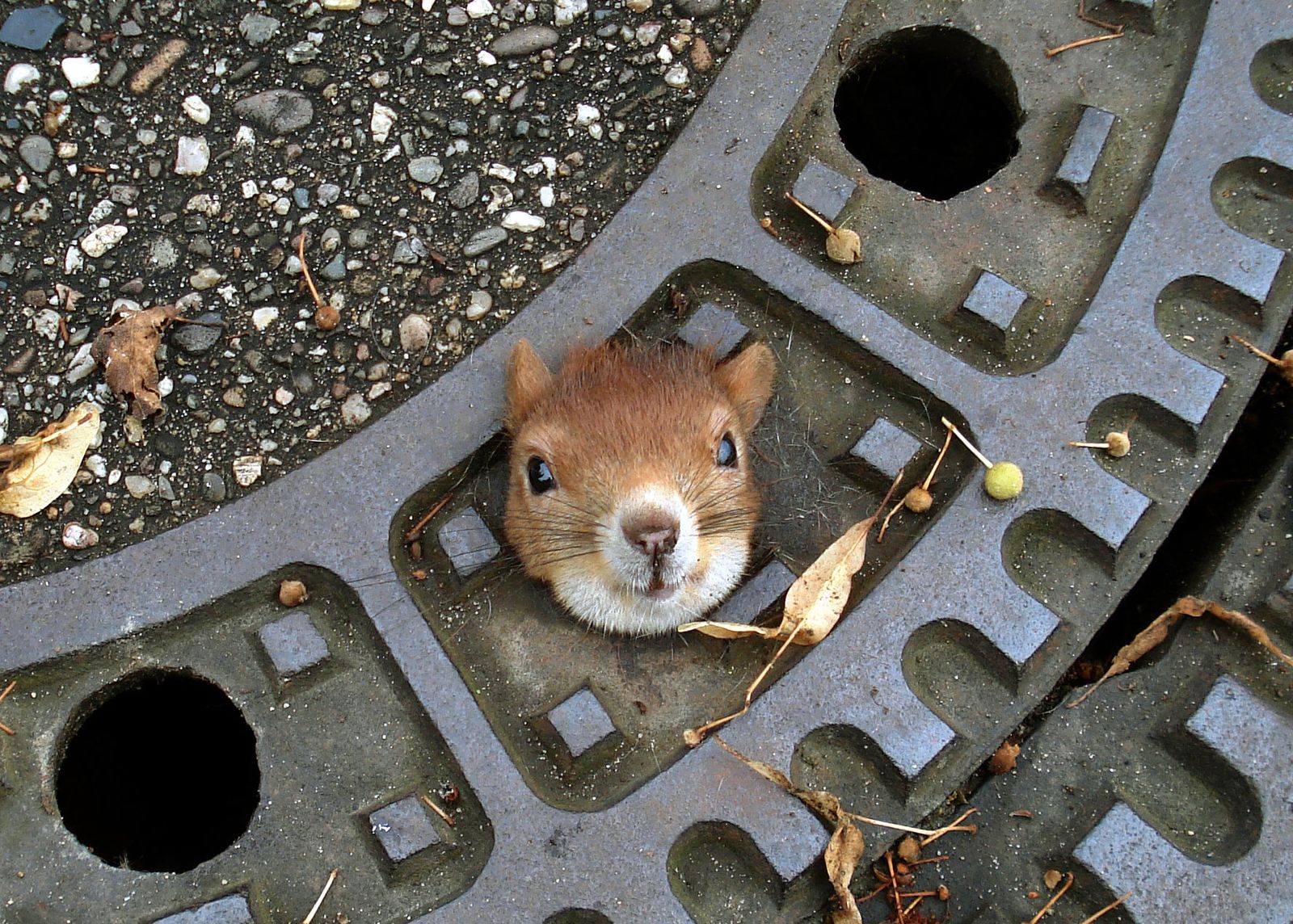 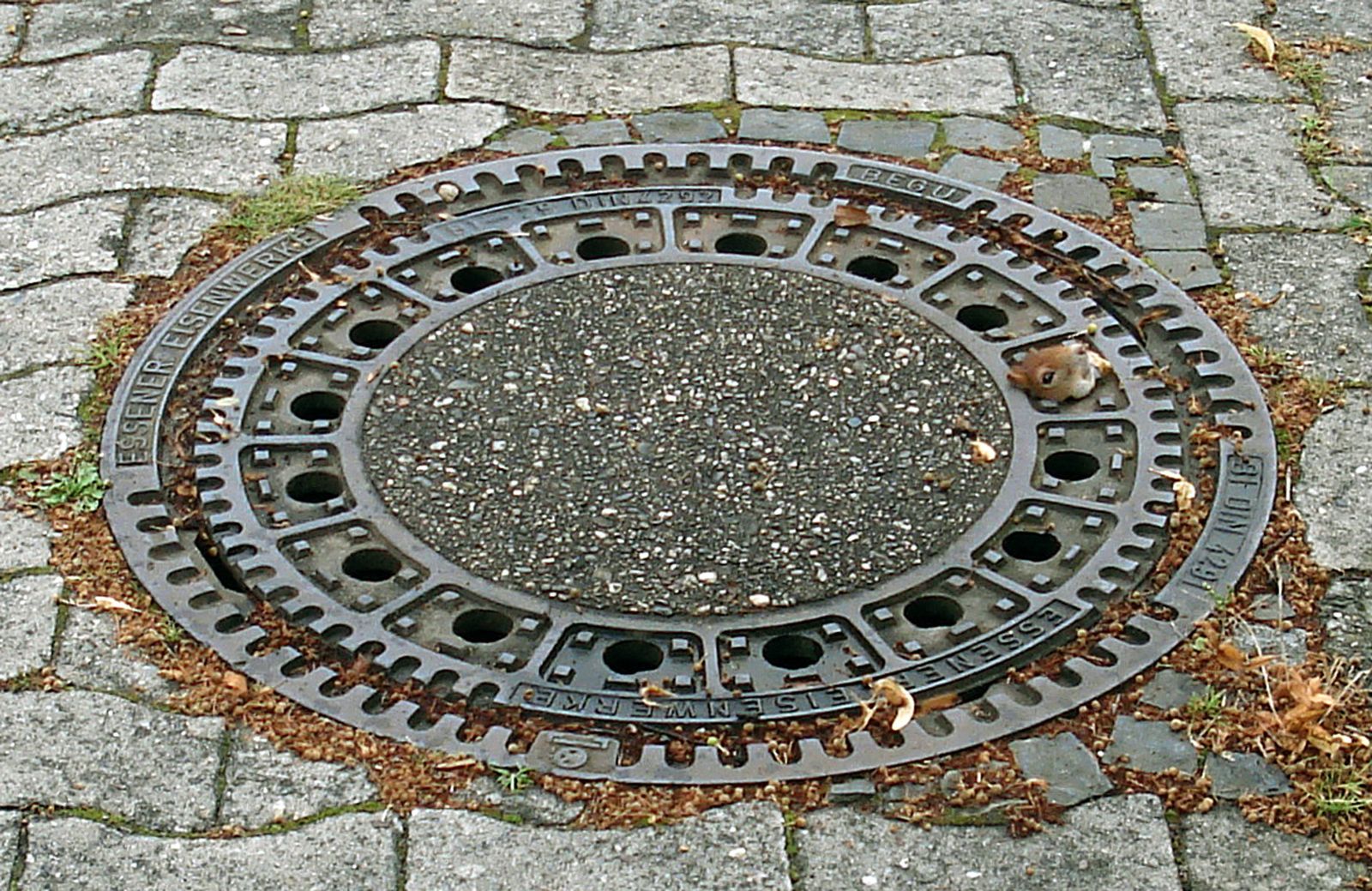