The silly season is upon us and there is a dearth of the usual summer stories that help to fill out news coverage -- we're talking about perennial favorites like, for example, a runaway crocodile in a lake, or some animal celebrity like Knut the Berlin polar bear, may he rest in peace, doing something cute.

What are the options this year? The birth of Britain's royal baby has helped, but it can't fill an entire paper, at least not outside the UK. And there's a limit to the number of photos of crowded beaches and children frolicking in city fountains that can reasonably be published.

German tabloid Bild, thankfully, has found the answer. It is trying to whip up public anger at plans by the Spanish island of Mallorca to transform its most famous beach from a binge-drinking colony catering almost exclusively to German budget tourists into a luxury resort for "wellness" fans.

In the summer, Playa de Palma beach is as German as bratwurst and lederhosen. They call it the "Ballermann," and they flock there by the thousands to slurp Sangria from buckets, guzzle their favorite German beers and party the night away.

The Ballermann is a national institution to Germans, a firm part of their work hard, play hard lifestyle. Bild is of course well aware of this.

On Monday, it quoted Palma de Mallorca's deputy mayor, Alvaro Gijon, as vowing to transform the Playa into an upmarket resort lined with luxury hotels. "This boozing tourism is out of date," he said.

On Tuesday, the paper ran the inevitable follow-up. Bild dispatched reporters to the beach and got a host of annoyed comments from German sunbathers. "Ballermann must stay Ballermann. Luxury things don't belong here," said one 27-year-old engineer from Baden-Baden.

"For decades Mallorca made tons of money with the Ballerman tourists. Now they've suddenly become too posh," wrote Bild in its main editorial on Tuesday. "The Germans are a safe source of income for Mallorca. On the Ballermann and in dreamy bays. Pushing them out -- that's totally out of order!"

It remains to be seen whether German politicians will jump on the bandwagon. After all, the general election is only two months off. But the self-proclaimed "King of Mallorca," German pop star Jürgen Drews, who regularly performs in local clubs, said on Tuesday he's going to fight to keep the Ballermann.

"If necessary we'll march on the town hall," he said. "Peacefully, of course, like in hippie times. Then we'll sing the mayor my new song 'Kornblumen' ('Cornflowers).'" 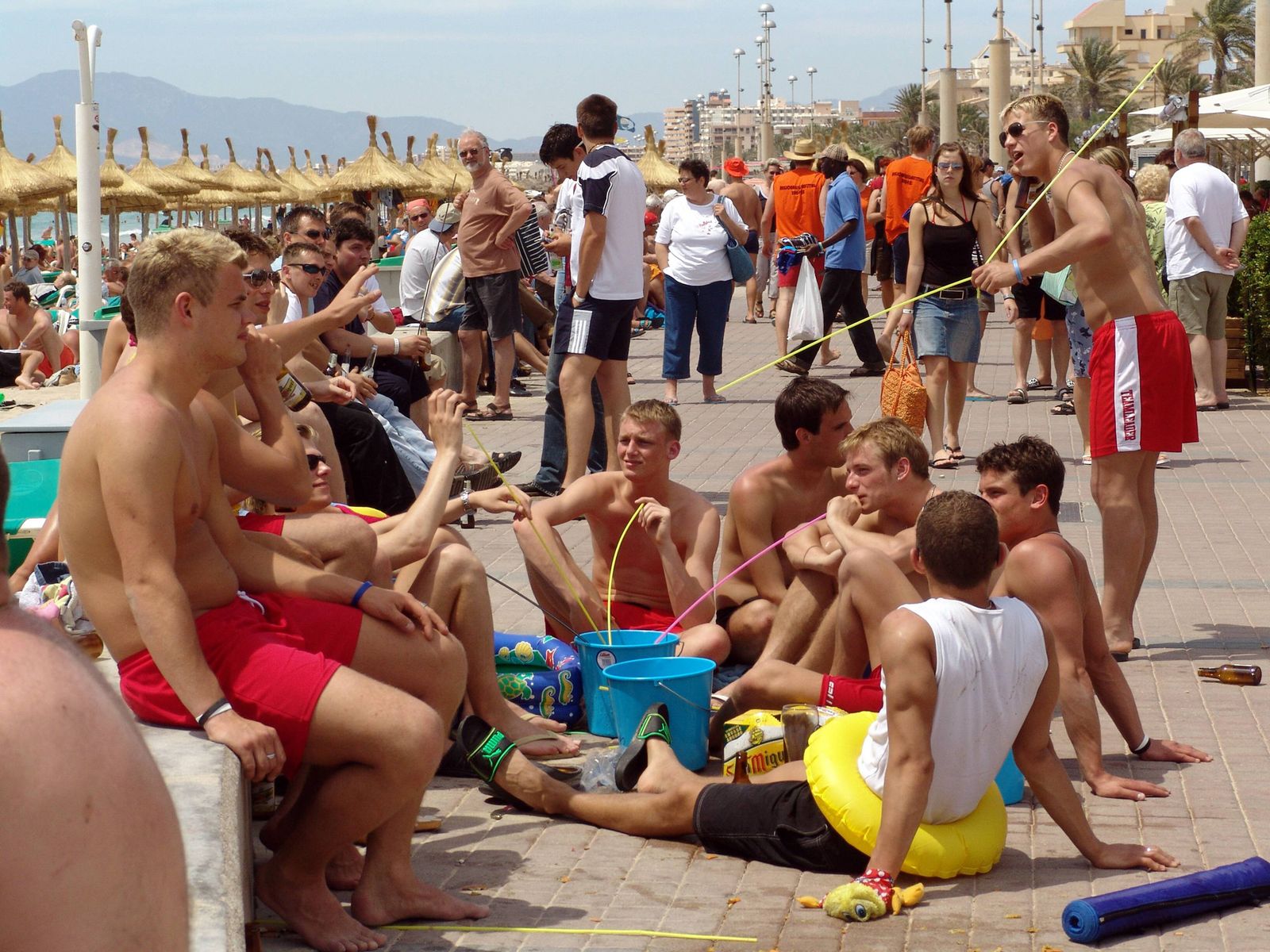