For most of last week, there had only been one topic of discussion in Schwandorf, Germany: "Klausi" the crocodile, the first big story of the country's annual silly season of slow summer news.

Two visitors to the Bavarian city's local lake, Klauensee, claimed to have spotted a crocodile in the water. After deploying dozens of searchers, including a dramatic night-time boat operation with more than 70 police, fire fighters and aid workers, officials in the town now believe they have spotted the missing reptile. But Klausi the crocodile, it turns out, is actually just a beaver.

After viewing images captured by cameras planted on the lakefront, officials were unable to spot any crocodile, city spokesman Lothar Mulzar said, noting that the file on "Klausi" has now been shut. Officials believe the headline-attracting creature is no more than an overgrown rodent, he added.

The two witnesses claimed they had seen a one-meter-long creature with a long tail and claws. After multiple searches failed to turn up the alleged crocodile, four cameras used to track wildlife were set up along the shore. Officials ultimately analyzed some 3,700 pictures before calling it a day. "There were foxes, Grey Heron, dogs running freely and broken branches, but no crocodile," Mulzer told reporters. The city has since reopened the lake for swimming.

Last week's circus was the third alleged sighting of a crocodile in the area in the past five years. As with last week's search, the others also failed to turn up any scaly reptiles. 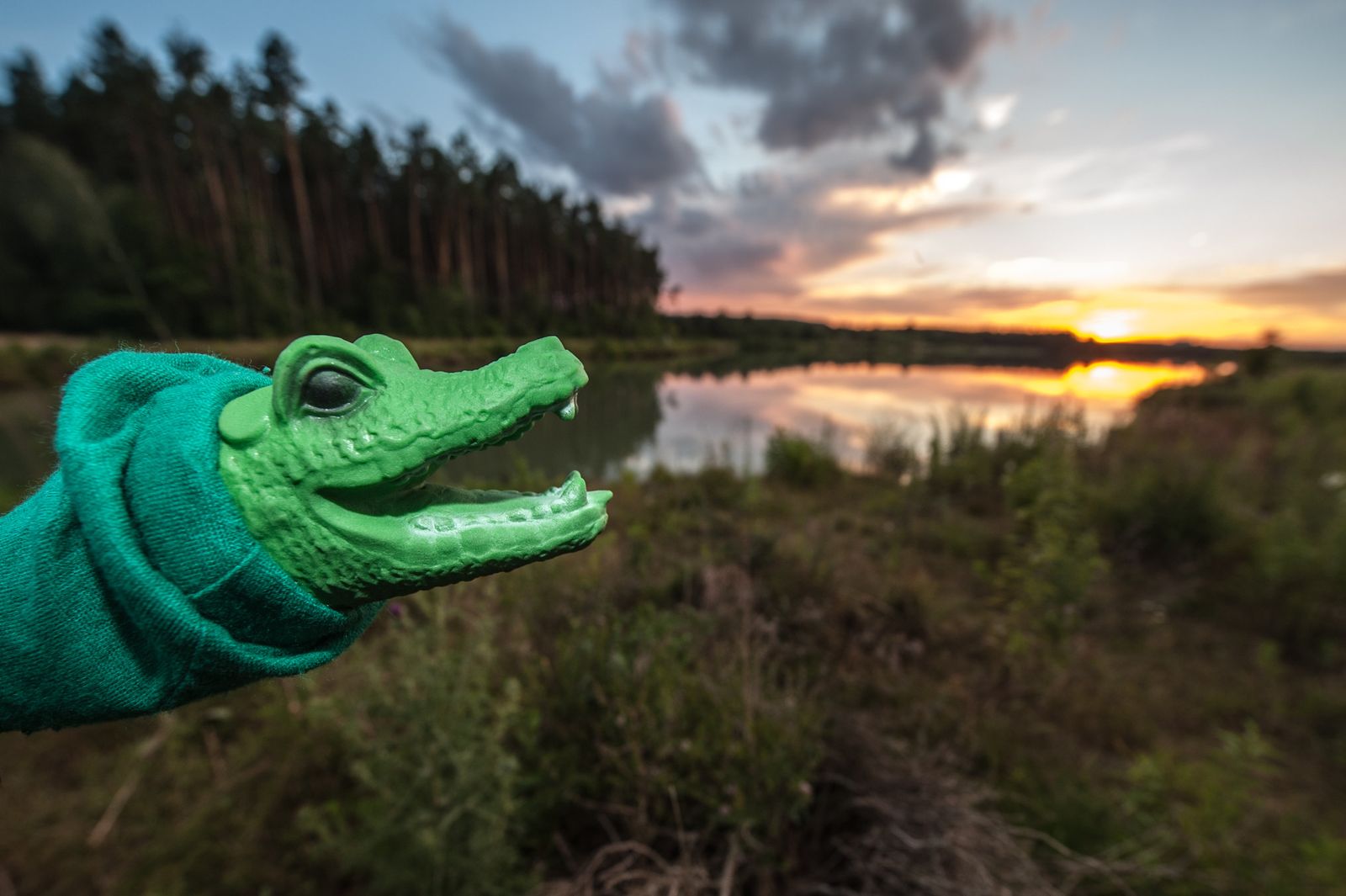 A crocodile hand puppet is the closest anyone has seen to a real reptile at Klauensee in Bavaria, despite days of searching.