When it comes to quirkiness, Libyan leader Moammar Gadhafi has set the bar high. Should he wish to grace the headlines, it is no longer enough for him to arrive on foreign visits with his gaggle of female bodyguards and his Bedouin tent.

But in his narcissism, Gadhafi is nothing if not inventive. In Rome for a United Nations summit on global hunger, Gadhafi has come up with an ingenious plan to liven up his evenings. 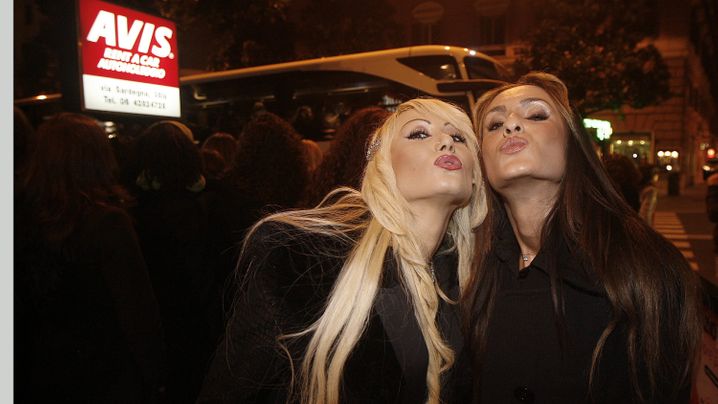 Photo Gallery: Gadhafi and His Girls

Last week, according to the Italian newswire Ansa, an Italian agency began looking for hundreds of "beautiful girls from all of Italy" at the behest of the Libyan dictator. According to the advertisement, they were to be "cute, between 18 and 35 years old, at least 1.70 meters (5 feet 7 inches) and well dressed. No mini-skirts or cleavage." Gadhafi, the advertisement went on, wanted to "exchange views" with the young women and "honor them" the Libyan way. For their trouble, the women were to get €50 ($75) and a Koran.

On Sunday night, however, it became clear just what Gadhafi meant by "exchanging views." Ansa reports that 200 women -- minus those weeded out for not having dressed appropriately -- filed in to the Libyan Embassy before being subjected to a lecture from the Libyan leader about the benefits of Islam. After the lesson was over, he invited them to convert.

According to participants quoted by Ansa, Gadhafi told his audience that "you believe that Jesus was crucified, but that didn't happen. God took him to the heavens. They crucified some guy who looked like him."

One participant, identified by Ansa only as L.M., said "I was expecting a party, not a lecture." Her companion added, "I feel offended because of my religious faith."

Gadhafi is one of 60 heads of state and government in Rome for the International Summit of Food Security. UN Secretary General Ban Ki-moon opened the conference on Monday by highlighting the connection between world hunger -- a problem faced by roughly a billion people around the globe -- and climate change, the subject of another major international conference at the beginning of December in Copenhagen.

"The food crisis of today is a wakeup call for tomorrow," Ban said. "By 2050 our planet may be the home of 9.1 billion people.... By 2050 we know we will need to grow 70 percent more food, yet weather is becoming more extreme and more unpredictable."

Graffiti in the UN

Many were critical of the fact that, aside from host Italian Prime Minister Silvio Berlusconi, no leaders from the world's richest nations had bothered to attend the summit.

Gadhafi's curious post-conference social activities are consistent with his reputation for being eccentric in the extreme. Shunning hotels, Gadhafi often prefers to stay in an extravagant "Bedouin" tent in a central city park during state visits. He has also been wont to bring along huge contingents of attractive female bodyguards on state visits.

Most recently, Gadhafi called attention to himself by ripping up the United Nations charter at UN headquarters in New York and scrawling graffiti on his seat in the assembly hall. During a visit to Rome in June of this year, Gadhafi requested a meeting with 700 Italian women from "politics, industry and culture." 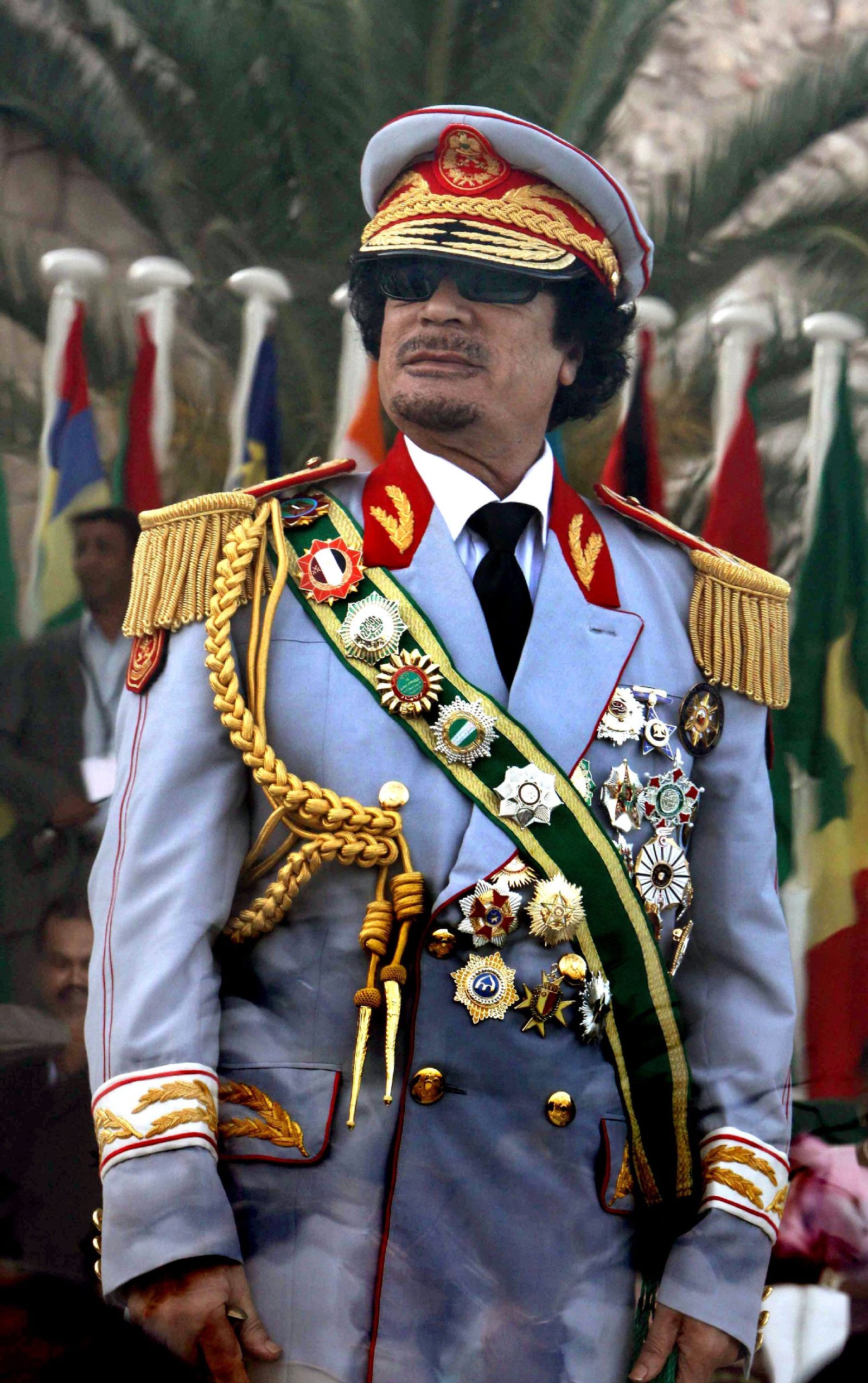 Gadhafi has long drawn attention to himself for his quirky behavior, including his preference for staying in a Bedouin tent instead of a hotel on international visits.