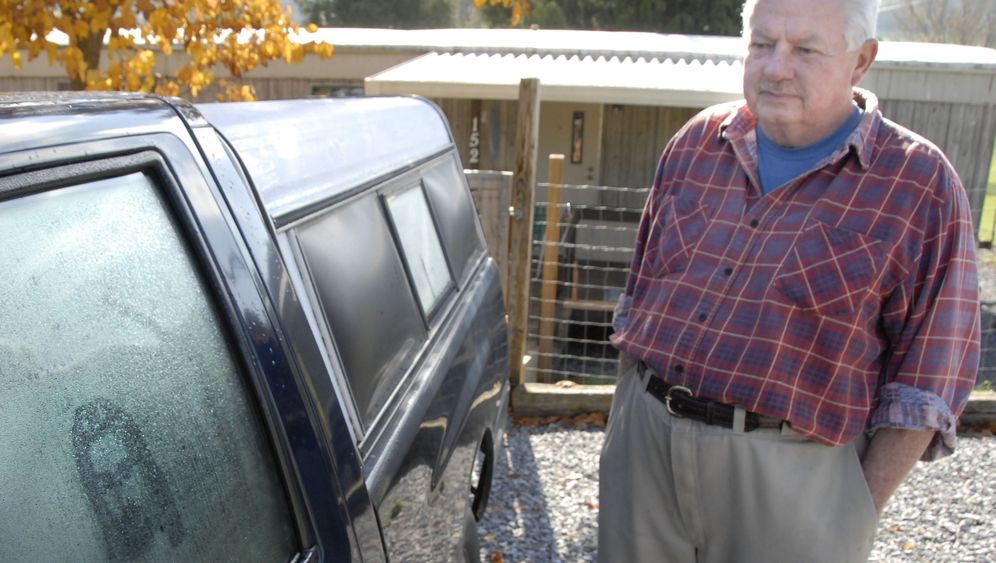 Photo Gallery: Son of Cod and the Holy Toast

The couple from Iowa couldn't believe their eyes. As Jim Gross and his wife Connie were slicing potatoes for dinner on New Year's Eve, they found a cross inside of one. And a week earlier, on Christmas Day, Dennis Bort of Ohio discovered a similar potato.

Back in November, Jim Stevens of Tennessee had a similarly unique religious experience. He was standing in front of his truck when he thought he saw Jesus in the fogged up windows.

The images of Jesus apparently reappeared every day with the early morning dew. Stevens admits he is not particularly devout and that he doesn't understand why this vision is turning up on his vehicle. But he also said he wouldn't going to wash his truck for a while.

But this is nothing new. Again and again, believers from all around the world are reporting holy visions in, on and around everyday objects. They have appeared on potato chips, in jars of Vegemite, chocolate drippings in a chocolate factory, Polish dumplings, on the back of a clothes iron, in frying pans, on windows, water-damaged plaster and on the walls of a subway underpass in Chicago. Some people even manage to turn a profit from the apparent apparitions. The Serio family found a smudge on their driveway in Virginia that reminded them of Jesus' face. In 2007, the canny family managed to sell the slab of concrete on eBay for around $1,500 (€1,044).

But the Rolls Royce of everyday holy rollers must be the half-eaten, grilled cheese sandwich that seemed to show a picture of the Virgin Mary. When the sandwich was auctioned on eBay in 2004, owner Diana Duyser made $28,000. Duyser told how, when she first toasted the sandwich 10 years earlier, she suddenly realized that there was a face in the bread. The winner of the auction was the Golden Palace, an Internet casino, which also bought a pretzel shaped like the Virgin Mary holding the baby Jesus for around $10,600 (€7,370) in 2005.

There's room for Jesus even on the smallest of grocery items. After frying up some fish fingers in 2003, Fred Whan of Ontario, Canada, was certain he could see the Savior on one of his more burnt tasty treats. He saved the potentially holy snack in his freezer because he thought it might make a good conversation piece and only retrieved it from the refrigerator a year later, when he heard about Duyser's cheese sandwich.

And it's not just Christians having these kinds of visions. There are also stories of Muslims who see Allah in clouds, bread, cacti and fruit.

Interestingly though, now that more and more people are seeing holy visions in everyday items, the chance to make stacks of cash by selling your holy toast or some concrete from your driveway seems to have passed. Currently on eBay, there are three auctions featuring potatoes with a holy cross inside.

One belongs to Bort and the starting price is $1,000 (€696). Meanwhile the Gross' potato started off at a more humble two dollars. Their auction is supposed to raise money for the band that Jim Gross plays in. And the third auction is for a "home grown potato" with yet another cross shape inside it -- this auction is starting at $5. Of the three, only one of the auctions has any bids on it and that is the Gross'. The highest bid so far? A mere $78.

8 Bilder Photo Gallery: Son of Cod and the Holy Toast