When New York's World Trade Center looked as if it was about to collapse after being hit by two planes on the morning of Sept. 11, thousands of people in the offices of the Twin Towers did not break into panic. Instead, they reacted anxiously, moving slowly and leaving the building in a calm manner.

Jens Krause has listened to hundreds of eye witnesses recounting these moments and the people's reactions confirm his research findings about social behavior. "Panic is the very last thing that sets in when a situation escalates," the biologist from the Institute of Freshwater Ecology at Berlin's Humboldt University says. It was only when the towers collapsed that total chaos and mayhem broke out.

Mass hysteria always happens gradually and Krause believes it can be prevented through intervention. By means of computer models and experiments, he researched how best to diffuse a situation by moving test subjects to an alternative location as quickly as possible. Krause claims that the study could help overcrowded museums channel visitors through exhibitions efficiently, and could contribute towards designing effective evacuation plans for buildings.

And his research results are of global relevance: the number of large events is rapidly increasing and with them the inherent dangers that big crowds entail. In the past century alone, 4,000 people died in crowd crushes caused by mass panics and more than 10 times as many suffered injuries.

At concerts and other large events the general rule is to place security personnel and stewards at entrances and exits to prevent problems. Krause found though, that this rule does not apply in every case, especially if a building has to be evacuated quickly.

Krause's team analyzed the behavior of 200 volunteers in an arena with a diameter of 50 meters. The arena could only be evacuated safely and quickly if the security personnel were posted in the corners of the arena or in the middle of the crowd. Only the personnel, and not the members of the crowd, knew that the aim was to evacuate those in the venue to a "safe place" on the edge of the arena. Krause illustrated his findings through computer animations.

He also found that there is no need for security personnel to be dressed in an identifiable uniform. As long as those in the crowd are aware that there is someone who will lead them to safety, the theory works.

The experiment worked quickly from the very start: the security personnel moved very determinedly and firmly to the edge of the arena. Although there was no verbal communication, the other members of the crowd recognized the resolute behavioral characteristics of the personnel and followed them intuitively. "Behavior alone is enough for the crowd to recognize if somebody has certain information," Krause concludes in the study, which he will publish shortly.

Krause's research also demonstrates that unsuspecting individuals can benefit from the knowledge of a single person. In emergency situations this can save lives. Krause found that one supervisor to 20 people was an ideal ratio for the theory to work. If there were more supervisors, the group had a tendency to divide up, but not evacuate any faster.

The whole theory is based on a natural principle, Krause says. As soon as 5 percent of a group of animals behaves in a certain way, the majority will imitate this behavior too. In this sense, Krause was able to control a whole school of fish in an aquarium, by remotely controlling a specific group of robotic fish. The real fish followed the electronic fish even to places they had previously never swum to; near to a predator for example. If the number of electronic fish was reduced, however, few if any fish followed their remote-controlled counterparts.

French researcher Marie-Hélène Pillot, who works at the University of Toulouse, observed similar behavior in herds of sheep. She taught one sheep to respond to a whistle and come to her. The single trained lamb was then able to "steer" other lambs in a small herd to do the same. "If one sheep falls off a cliff, all the others will follow suit," her colleague Mehdi Moussaid jokes -- but in reality there is more than a touch of truth to this. Moussaid believes that the work of shepherds could be made easier if sheep were controlled in this manner.

Researchers have explained this intuitive behavioral pattern through three basic principles: Rejection, attraction and imitation determine how schools of fish and flocks of bird behave. The animals position themselves equidistantly from each other without touching, and all face the same direction.

Humans organize themselves along the same principles: they stand close to each other without touching and all walk in the same direction, at a steady pace. "This similarity between humans and animals is astounding," Krause says. He does, however, warn against making generalizations.

Human behavior, unlike animal behavior, is also shaped by cultural factors, Moussaid found by doing research at the Swiss Federal Institute of technology in Zurich with biologist Dirk Helbing. He managed to prove that 80 percent of Europeans intuitively walk on the right-hand side of the road. That's the reason why pedestrians don't bump into each other on overcrowded streets. In Asia, on the other hand, pedestrians intuitively favor the left-hand side. "This preference is a culturally acquired phenomenon," Moussaid explains, so fear not: if you were to emigrate to China, you would soon get used to the change. 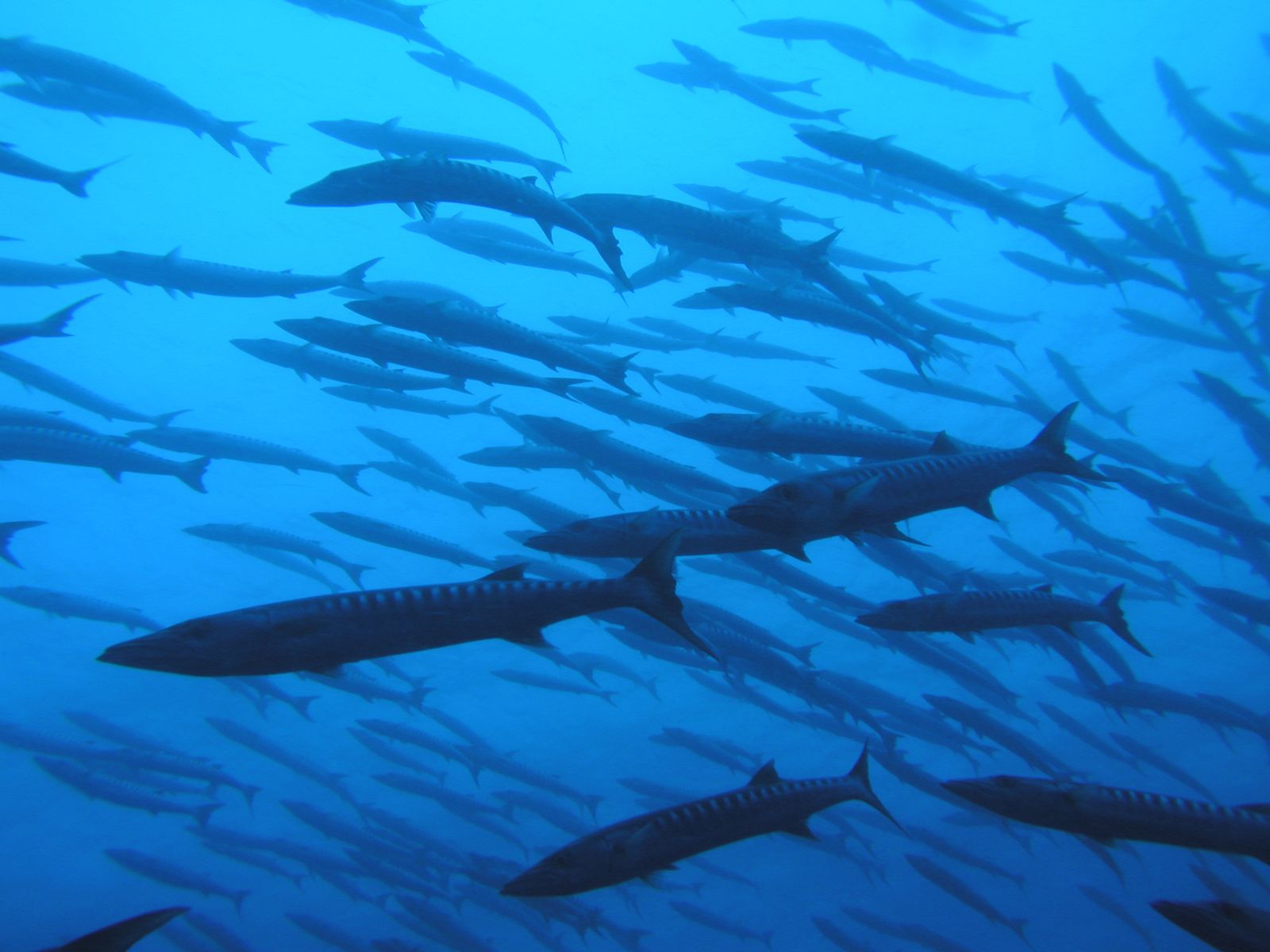 As soon as 5 percent of a group of animals behaves in a certain way, the majority will imitate this behavior too.