Anyone using Google Maps on Thursday evening could have been treated to an unfortunate trip down memory lane. The popular online mapping service mislabeled Theodor-Heuss-Platz, in the western Charlottenburg district of Berlin, with the name it held from 1933 to 1945: Adolf-Hitler-Platz.

Google couldn't explain the error when approached by German mass-circulation daily B.Z., which first reported the story, but a Google representative said they were looking into the matter. The square had been returned to its current name by 9 p.m. on Thursday night.

The square was originally called Reichskanzlerplatz when it was constructed in the early 1900s. In April of 1933 it was renamed Adolf-Hitler-Platz, which it retained until the Nazis were defeated in World War II. The square's name returned to Reichskanzlerplatz from 1947 to 1963, when it was given the name of the first federal president of Germany, Theodor Heuss. 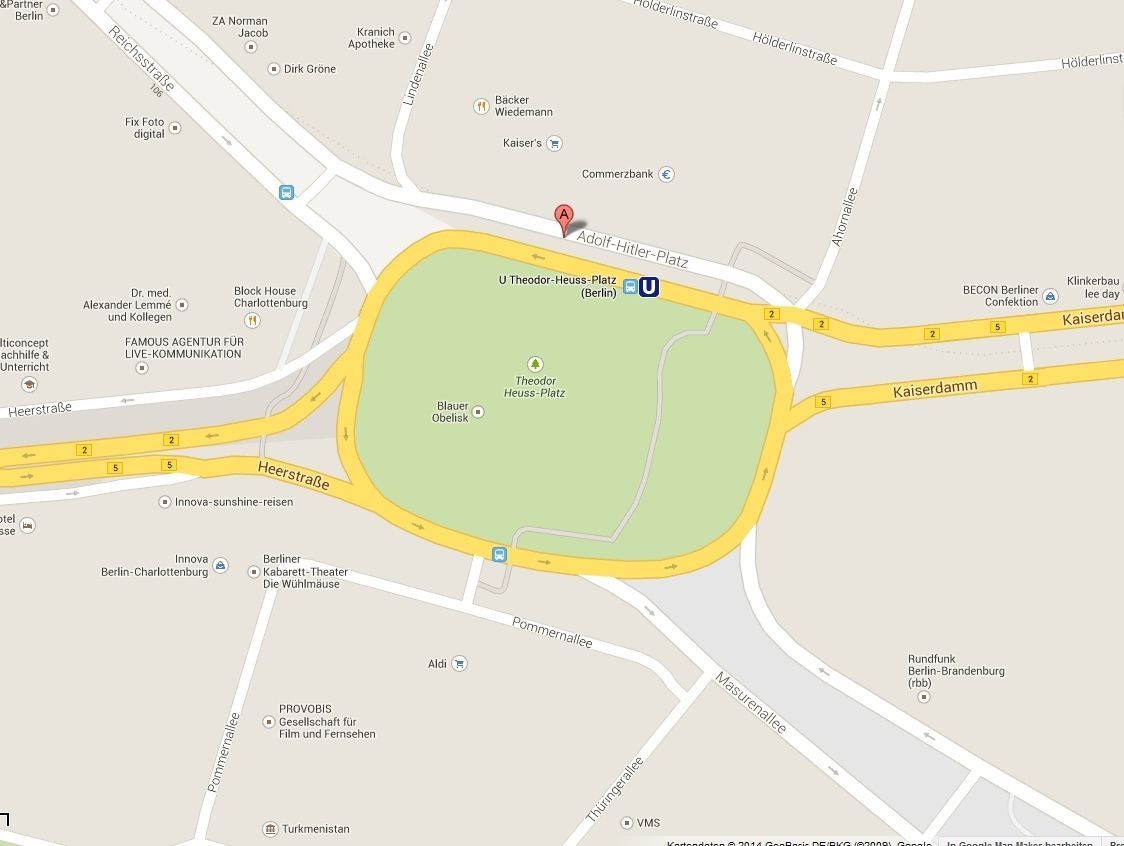 This Google Maps screenshot from Jan. 9 identifies Theodor-Heuss-Platz with its former name: Adolf-Hitler-Platz.