"This medication is delicious," says Johannes Mayer, 56, looking ecstatic. "And it actually helps against digestive disorders and colds."

Its composition is as surprising as its effect: Caraway soaked in vinegar, dates pickled in red wine, dried ginger and green pepper. All of this is crushed with a mortar and pestle and combined with baking soda and honey to make a sticky paste.

The name of the remedy is also odd: Diaspolis. "We have no idea what this is supposed to mean," says Mayer, a medical historian. "The scribe apparently made a mess of things."

Mayer, a renowned expert on medieval monastic medicine, is sitting in a neon-lit room full of overflowing bookshelves in the Würzburg Institute of the History of Medicine. Detailed copies of handwritten documents from the Middle Ages are on the desk in front of him. His favorite recipe, with its strange name, is from the "Lorsch pharmacopoeia," the oldest existing book of monastic medicine, written around 795 A.D., in the Lorsch Imperial Abbey near the southwestern German city of Worms.

Plants, Herbs and Bits of Animals

Together with pharmacists, doctors, classical scholars and a Cistercian priest who also holds a doctorate in biology, Mayer is attempting, for the first time, to systematically document the medicinal knowledge of monks and nuns, as well as to evaluate its effectiveness. Until the first universities were established in Europe, medical knowledge was concentrated in monasteries, for the most part, because their residents were among the chosen few who could read and write. There were no hospitals then, but most monasteries had at least a healer and an infirmary.

The Würzburg scientists painstakingly decode the manuscripts to determine which plants, minerals and animal materials are described, and how they were dosed and combined. Then they test the recipes for their pharmacological efficacy.

Mayer and his fellow team members have already identified about 600 healing plants, of which they have studied about 120 in greater detail. The research project is financed in large part by pharmaceutical companies, which hope that the traditional remedies will provide inspiration for new drugs that will presumably be mostly natural.

But the marketability of some recipes will likely be limited. For the treatment of a swollen ankle, for example, the "Lorsch Pharmacopeia" recommends: "A mouse ground with oil relieves the symptoms."

Obscure passages can also be found in "Macer floridus," another standard work of monastic medicine. "When a pregnant woman takes in the scent of the wilting flower through her nose, this shall abort the fruit of the womb," a monk wrote in punchy Latin hexameter. He was referring to the flower of the wild arum plant. The same effect could be achieved, he added, "if the crushed root is inserted into the uterus from below with a small wool suppository."

'Surgery Was Quite Difficult'

Monks giving abortion tips? The medical historian doesn't find this outlandish at all. "The Catholic Church only formulated its rigid position on abortion in the 19th century," Mayer explains. It was not as clear in the past, he adds. Besides, members of religious orders with medical responsibilities must have known how to remove dead fetuses from the womb. "As we know, surgery was still quite difficult at the time."

The abortion method involving the suppository could even have worked. "Arum is quite toxic," says Mayer. However, the intervention was probably not completely safe for the pregnant woman. "In the Middle Ages, toxic substances were used very often," Mayer explains. "The people in the monasteries knew about the risks and side effects, but they often had no better alternatives."

Scientists are now fairly certain that autumn crocus, for example, is effective against gout, but a few milligrams too much are deadly. To prevent a large dose of the toxin from entering the blood of a patient all at once, tiny portions of the plant were baked into cookies.

Some recipes seem bizarre at first, but upon closer inspection prove to be not so odd, after all. The God-fearing chemists smeared a paste of cheese mold, soft sheep dung and honey onto "boils on the lower legs." "We will never conduct a clinical study of this," says Mayer, smiling, "but it's plausible that an antibiotic could arise from this mixture."

Aloe Vera as a Laxative

The Würzburg scientists were able to demonstrate that a substantial share of modern herbalism goes back to monastic medicine. Aloe vera was used in the Middle Ages as a laxative, and fennel and caraway were administered for flatulence, hops as a soporific and St. John's Wort to lift the spirits.

Currant seeds were considered the treatment of choice for rashes, which the monks and nuns learned from the Arabs, like many other things. "We now know," says Mayer, "that the seeds contain gamma-linolenic acid, an effective anti-inflammatory agent."

The Arabs also attributed an anti-inflammatory effect to valerian, which led to its being prescribed in Europe for the treatment of wounds and lung ailments.

"In that case, however, the monks made a mistake," says Mayer. He notes that valerian, which grows in present-day Iran, does contain anti-inflammatory substances, but the European variety doesn't. 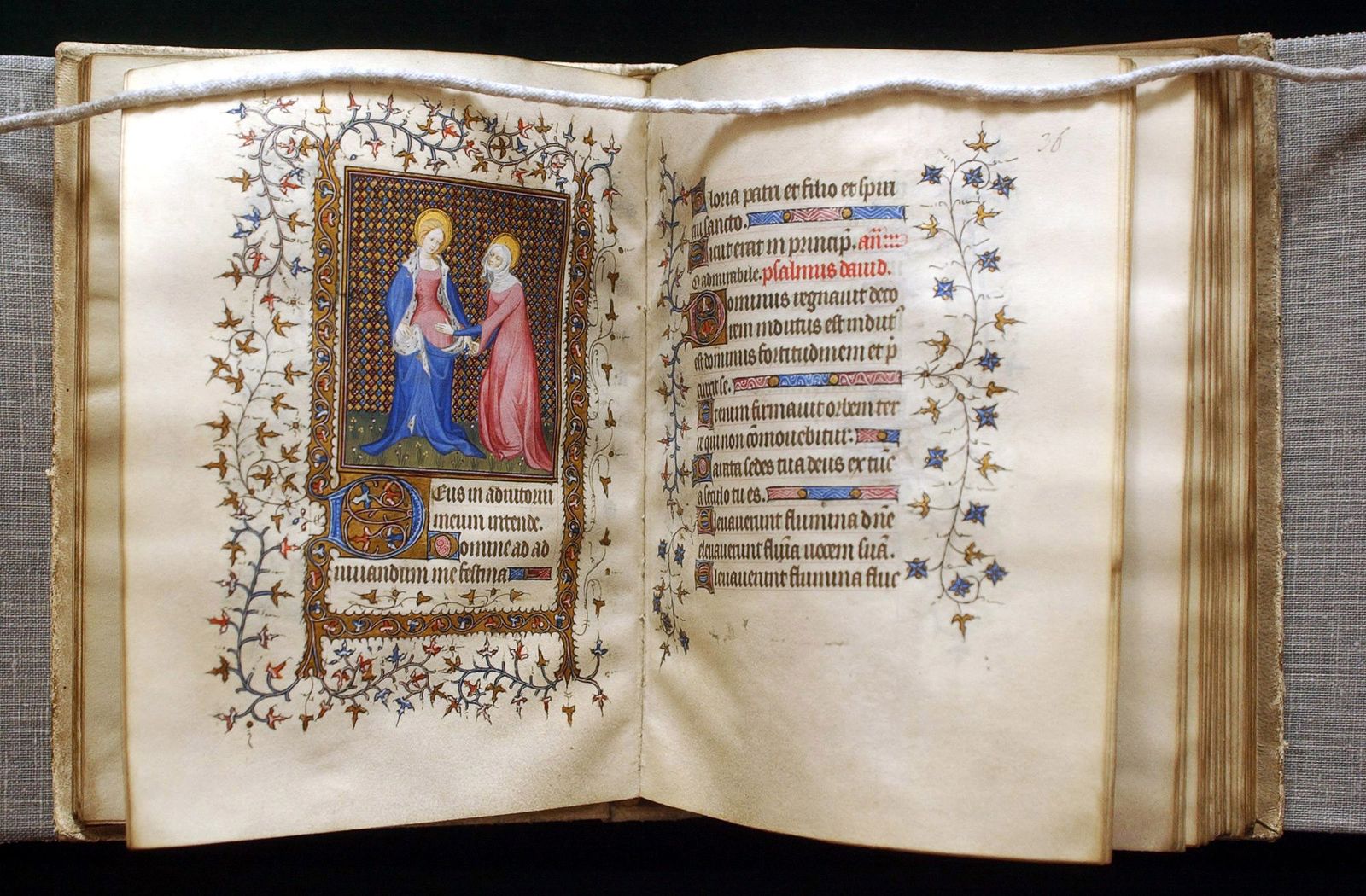 Manuscripts from the Middle Ages may contain some useful potions to cure present-day illnesses.