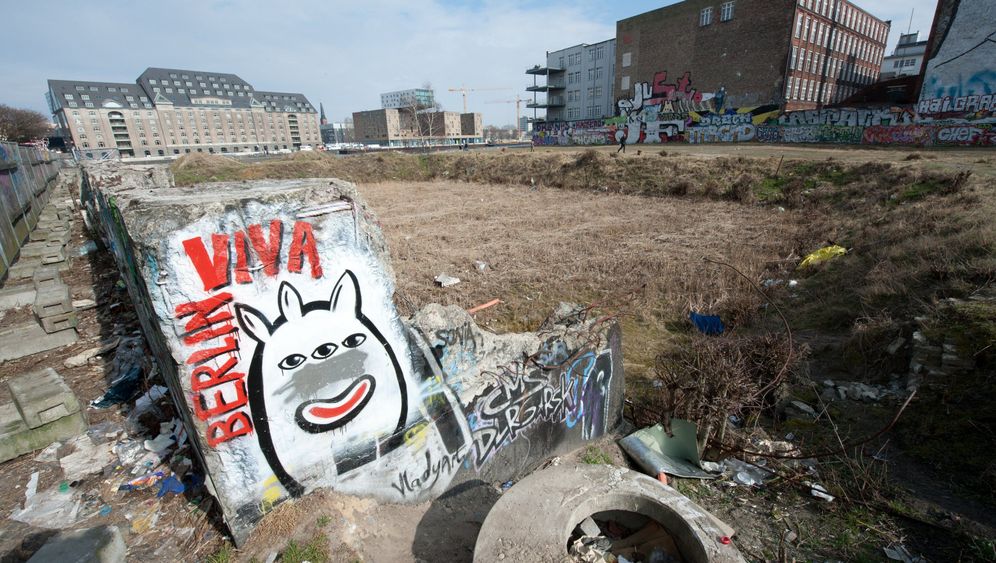 The idea to establish a temporary cultural space, where discussions about "forward-thinking solutions for city life" could take place alongside workshops and events, might sound uncontroversial. But plans by the Guggenheim Foundation and car manufacturer BMW to do just that in Berlin were met by vicious opposition from some inhabitants of the city's famously alternative Kreuzberg district.

The "BMW Guggenheim Lab," which premiered in New York in 2011, was to be stationed in Berlin's Kreuzberg neighborhood from May until July, before moving on to Mumbai in India. But on Tuesday the Guggenheim foundation announced in a press release that it had "decided to withdraw" the project from the planned site "in response to police and local authorities' high hazard assessment."

Project organizers claim the plans for the Kreuzberg location were scrapped in response to "threats" against the project. "While we welcome vigorous debate, we cannot risk the possibility of violence, as raised by a small minority," said the Guggenheim Foundation in the statement. "The Foundation must, as a first priority, ensure the safety of the staff and participants in any program it offers." The decision was made with "the full support" of their colleagues at BMW, the statement continued.

'Resistance Can Be Successful'

The BMW-sponsored project had been controversial in the area right from the outset. At a meeting at the beginning of March, when organizers introduced their proposal with a PowerPoint presentation, the discussion with locals got heated. "There is currently a large trade union campaign against BMW because of the way it massively exploits temporary workers," shouted one critic in the audience. "And now BMW is coming here and wants to tell us how to create a social city?"

Some local residents welcomed the decision to pull out. "It shows that resistance to large-scale investment projects can be successful," David Kaufman of a group calling itself "Stop Guggenheim Lab" said in a statement on Wednesday.

He regards the talk of threats as little more than a smokescreen. "It is an excuse that lets BMW pull out of the project, because it is worried about damaging its image," says Kaufman. "People here in the neighborhood are furious because they're already threatened by gentrification and they don't want another project that will push prices up even more."

Berlin has been experiencing rapid gentrification in recent years as former working-class areas have become increasingly inhabited by the well-to-do. Low interest rates on mortgages and unstable financial markets have attracted investors, pushing the city's formerly low rents sharply upward. The Wrangelkiez neighborhood of Kreuzberg, where the lab was going to be located, is a particular flashpoint. Locals there have been fighting an influx of tourists, amid concerns that the area has become little more than a playground for budget tourists.

"For the neighborhood the planned Lab means things will become more expensive, accelerating the already rapid upward spiral of rent increases and displacement (of residents)," the Stop Guggenheim Lab group wrote on its blog. "BMW is hoping to boost its image and the owner of the property hopes it will increase in value nicely." The property where the lab was to be located is owned by real estate company Ritter Finest Real Estate, which has plans to build apartments, offices and stores on the site.

The cancellation has caused regret among politicians. "Such a renowned future-oriented project as the BMW Guggenheim Lab deserves the red-carpet treatment from us in Berlin," Berlin's Mayor Klaus Wowereit said on Tuesday, adding that he "regretted the unwarranted criticism and crude attempts at intimidation" on the part of protesters. "These hooligans are a risk to Berlin in its efforts to attract investment," Berlin's interior minister, Frank Henkel, told the Tagesspiegel newspaper.

According to the Stop Guggenheim Lab group however, claims about violent threats are completely unfounded. The coverage in some media outlets of the alleged threats was "outrageous but unsurprising," they said in Wednesday's statement.

Stefan Redlich, spokesperson for the Berlin police, also denied there had been any direct threat of violence. The police had only concluded there was a risk of danger, following their analysis of a number of websites where individuals attacked the project using at times "very strong words," he said. The police didn't expect attacks on people, Redlich said, but the authorities did consider it likely that there would be vandalism and damage to property.

The involvement of BMW with the "urban experiments" project was an attempt on the part of the car manufacturer to try out a new communication strategy. By getting involved with the Guggenheim lab, the company was trying to reach "those people who currently don't have any particular affinity to the BMW brand and might even view cars with ambivalence," BMW's head of branding, Uwe Ellinghaus, said in a 2011 interview with Manager Magazin, a sister publication of SPIEGEL ONLINE.

But even in New York the branding campaign didn't exactly go to plan. At the opening of the lab on Houston Street, protesters held up placards with the words: "Gentrification is class war. Fight back!"

The project's organizers made great efforts to take an open attitude toward such protests. For example, the lab organized a visit to Zuccotti Park, which was occupied by protesters from the Occupy Wall Street movement at the time. But when the Occupy Wall Street activists turned up at the closing party for the New York Guggenheim Lab on Oct. 16 with their sleeping bags, ready to occupy the building, organizers broke up the party, had security accompany the protesters out and called the police.

In Berlin discussions for an alternative venue are already underway, but according to organizers, no decision has been made yet. Whether the city will play host to a lab at all is still up in the air.