Last year, Easter in Germany was overshadowed by the death of tiny Til, a rare bunny with no ears who was accidentally trampled on by a cameraman filming him. There's more bad rabbit news this Easter, with wildlife experts in Germany warning that young wild rabbits and hares are freezing to death in the icy weather plaguing Europe this spring.

"Dry cold doesn't bother young hares, but snow slush and wetness are lethal to them," said Andreas Kinser of the German Wildlife Foundation. "An added factor is that their habitat is becoming steadily more dangerous." Modern farming has led to a reduction in the number of hedges, which offer them protection from predators like birds of prey and foxes.

It's around now that hares are giving birth to most of their offspring, said Kinser. The litter usually consists of two or three leverets. They are born with fur, and the mother spends about four weeks looking after them.

"She only comes once a day to suckle them," said Kinser. In her absence, the bunnies stay motionless, pressing themselves to the ground, which makes them far less visible than if their mother were close to them.

"If you see young hares when you're out walking over Easter, you should on no account take them with you -- the little ones have not, as often assumed, been deserted by their mother," Kinser warned.

Meanwhile, hares, like wild boars, foxes and other wild animals, are increasingly venturing into cities in search of food, said Kinser. They're usually out and about at dawn. 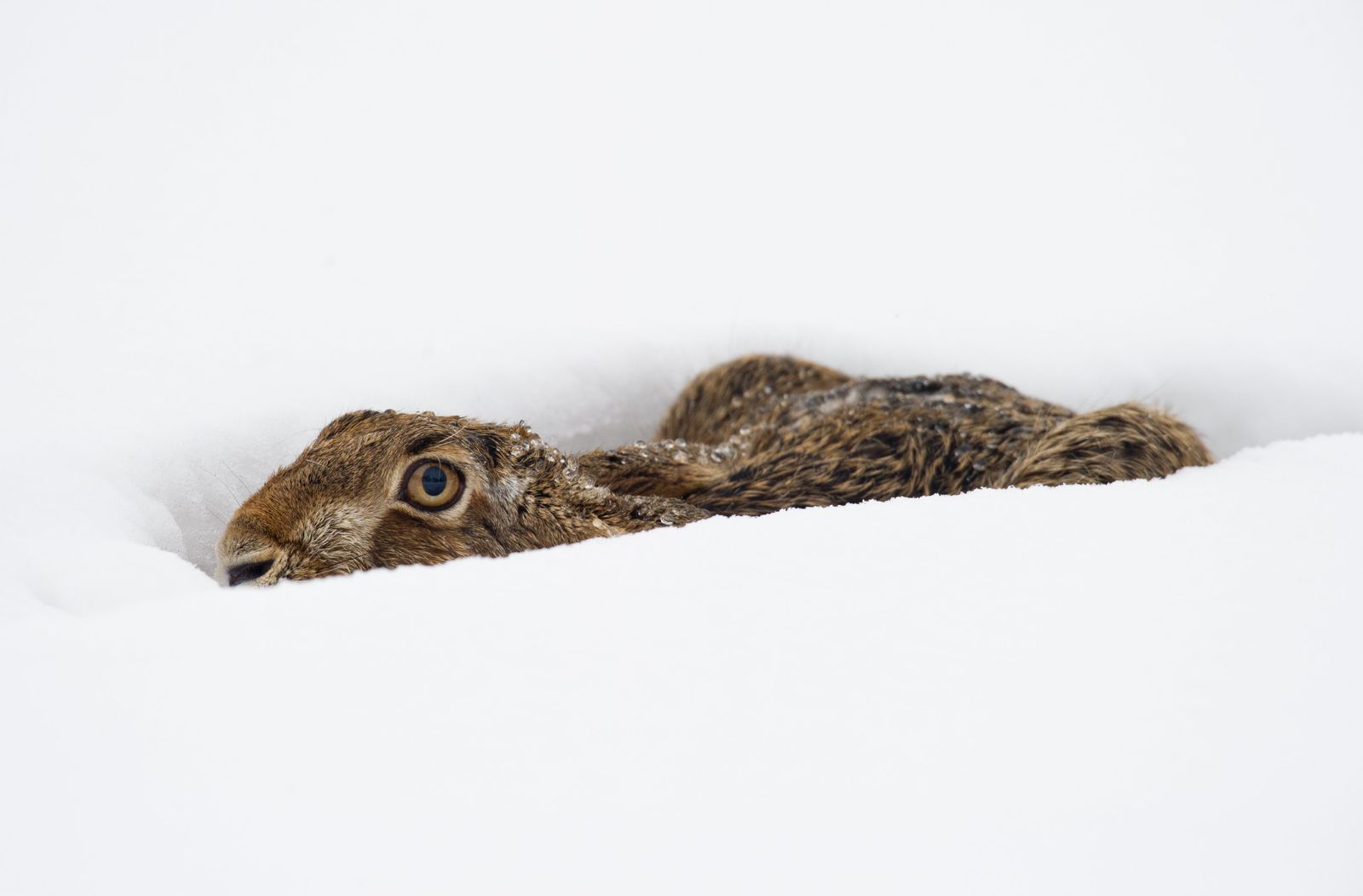 A hare cowers in snow in a field in Brandenburg, in eastern Germany.