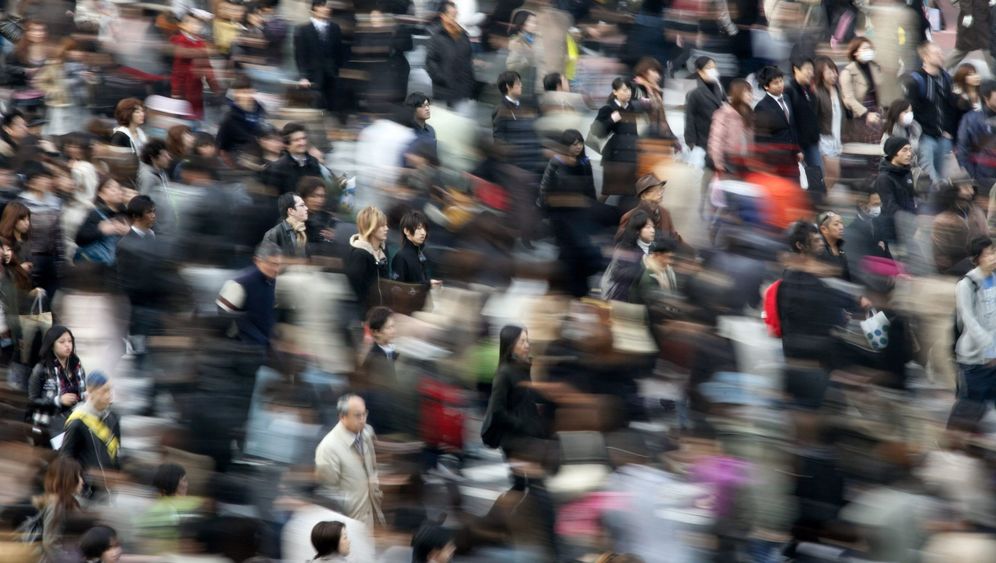 Steve Ballmer is no Steve Jobs. The CEO of Microsoft is not considered to be much of a philosopher. And yet, for the company's recent developer conference he perceptively wrapped the motto of our time into a pertinent slogan: "Faster! Faster! Faster! Faster!"

Ballmer may have been referring to the development of new products or the creation of ever faster operating systems, but acceleration has also become a universal goal in the modern world. It's more than just a technological phenomenon, argues German sociologist Hartmut Rosa, a professor at the University of Jena. His recently published essay "Beschleunigung und Entfremdung," or "Acceleration and Alienation," posits that acceleration is the core element of modernization and consequently the key concept of our age.

Today, mechanical acceleration affects the digital sector in particular. But paradoxically, it also goes hand in hand with an acceleration of the pace of life. Even though mechanical acceleration, by shortening the time it takes to complete tasks, was intended to create more available time for the individual, late modern society does not enjoy the luxury of more leisure time, Rosa writes. On the contrary, individuals suffer from a constant time shortage.

The reason for this is our urge "to realize as many options as possible from the infinite palette of possibilities that life presents to us," he says. Living life to the fullest has become the core objective of our time. At the same time, this hunger for new things can never be satisfied: "No matter how fast we become, the proportion of the experiences we have will continuously shrink in the face of those we missed." As a result, more and more people suffer from depression and burnout, according to Rosa.

His definition of social change utilizes a term that originally stems from Marxism: alienation. But Rosa's criticism is not directed against capitalist production conditions (unlike earlier critics of industrial modernity, Rosa's focus is not on labor), but against acceleration as a resulting meta-phenomenon.

Rosa's book shows that this phenomenon deserves at least as much attention as the buzzword "globalization," especially because the continuous acceleration of social change also leads to changes in values, lifestyles and relationships.

To add to Rosa's claim, it could be said that many modern conflicts stem from the fact that some people are simply no longer able to understand the world in all its complexity. The result is a flight into conservatism, which manifests itself in different ways around the world. Sometimes it reveals itself in the kind of violence that has shaken the Islamic world. At other times it is dogmatic, as it can be in parts of the United States. Or, it shows itself in the desire to recover after rapid societal, technological and economic changes. In Germany, it has contributed to the oft-cited idea of a "new Biedermeier" era under Angela Merkel -- which alludes to a period in the first half of the 19th century that was marked by a turn toward the domestic sphere and away from political matters.

The phenomenon has serious implications for democratic societies, Rosa writes. The process of forming political will becomes more tedious as societal groups grow more heterogeneous. Politics can thus hardly set the pace for change as society expects. Instead, it is left with the task of merely taming its effects.

Compared with the realm of economics, where financial markets have been exposed to drastic acceleration, politics appear to be more static -- a flaw that was criticized incessantly by opinion makers at the height of neo-liberalism.

Because society moves at an ever faster pace, political decisions have to be made more quickly too. The result, according to Rosa, is self-evident. The argument no longer prevails. Instead, it is increasingly resentment or irrational gut feelings that set the tone. Against this background, it is hardly surprising that media stars like Arnold Schwarzenegger can gain political influence, or that politicians' coolness factor often outweighs their policies. In Germany, the sudden ascent of the now disgraced former defence minister Karl-Theodor zu Guttenberg seems to fit this narrative, although he is not mentioned in Rosa's book.

Given the fact that political populists are not simply phenomena of the present, but part of world history, Rosa's thesis seems exaggerated at times, though. The same is true of his claim that in the accelerated western world more people suffer from insomnia and anxiety than compared to North Korea or Iraq under Saddam Hussein -- a claim for which Rosa fails to cite any evidence.

Rosa's essay culminates with the powerful assertion that acceleration is a new abstract form of totalitarianism. In the 17th century, philosopher Thomas Hobbes used the metaphor of Leviathan to describe the state as an all-powerful monster. In Rosa's work, acceleration in all its manifestations has become the new Leviathan.

But Rosa has no suggestion for taming the monster. He admits: "At the moment I don't even have a rough sketch on how that could be accomplished." 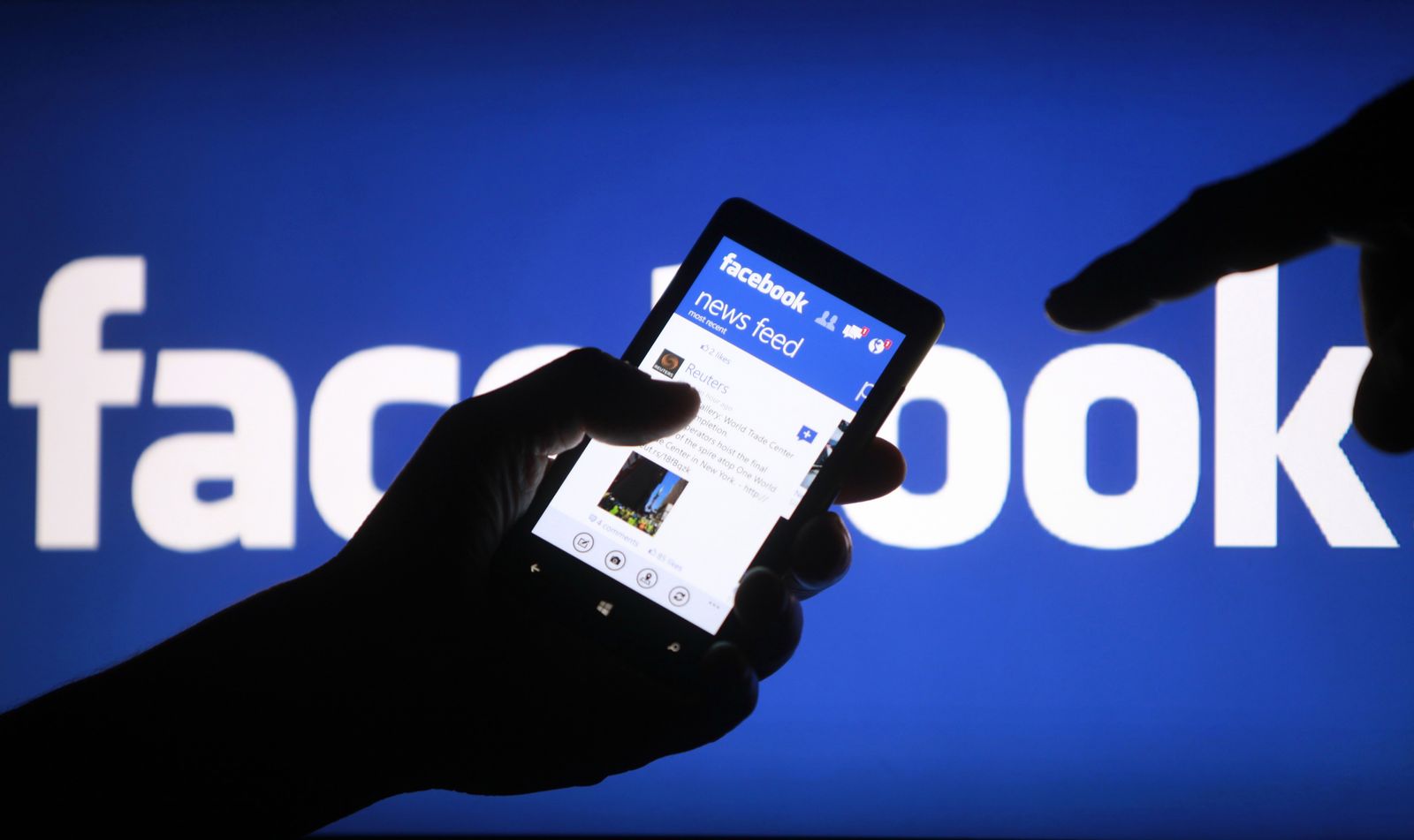 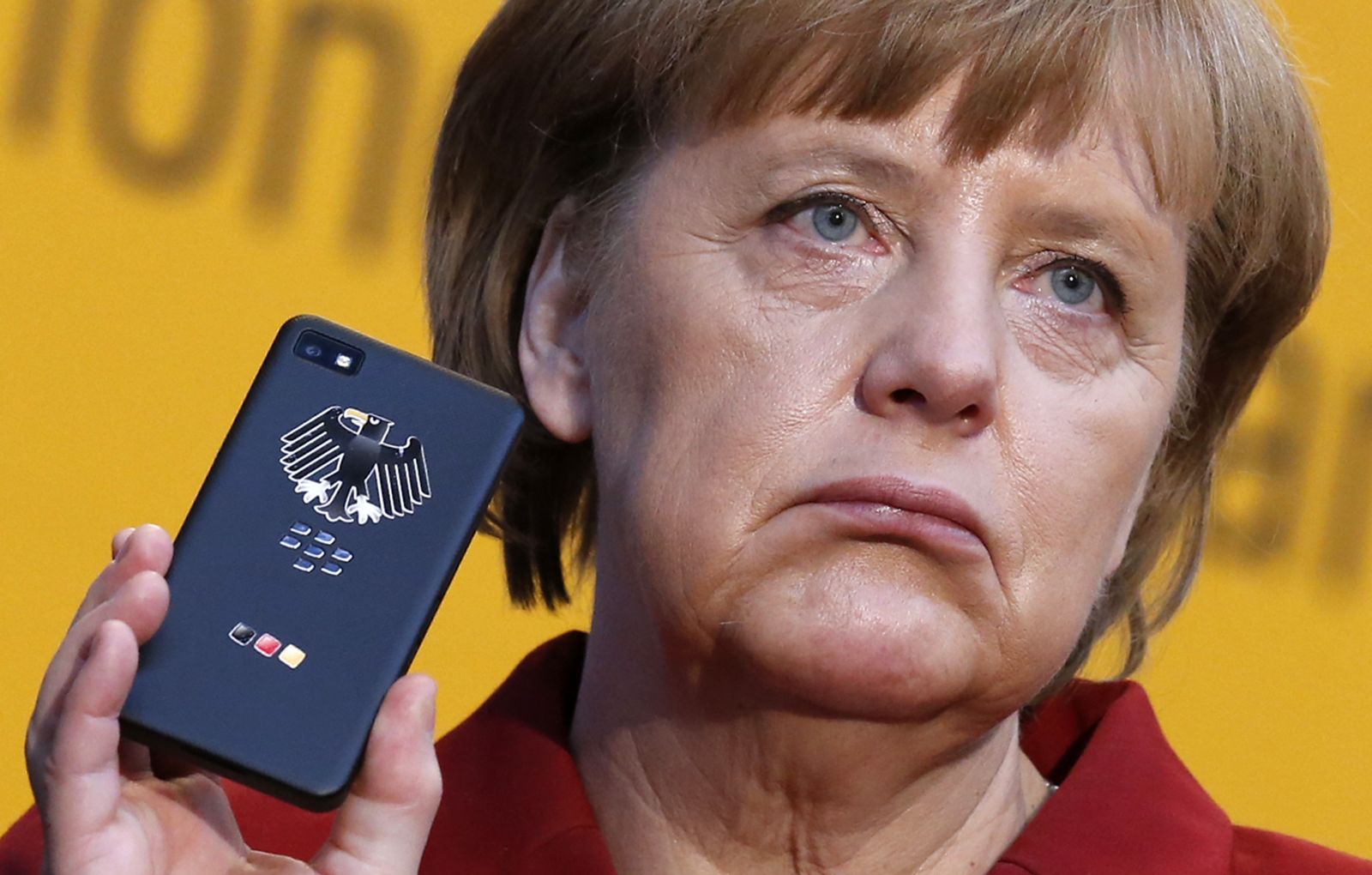 Here, German Chancellor Angela Merkel holds up a mobile phone at a technology trade fair in Germany. Politics can't keep up with the accelerated social change of our time, Rosa argues. Instead, it is left with the task of merely taming its effects.