Berlin tore down its biggest statue of Lenin, a 19-meter (62-foot) high monster, in 1991, just two years after the fall of the Wall. The removal symbolized Berlin's desperate rush to rid itself of all reminders of its communist past, and was featured in the hit movie "Goodbye Lenin."

In a sign that Berlin has since gained a more dispassionate view of its history, the 3.5 ton head, buried in a sand pit on the outskirts of the city, is going to be resurrected and placed in a new permanent exhibition along with scores of other monumental statues from the Cold War era.

Nazi-era statues of idealized Aryan figures will also be put on show, along with monuments to generals that date as far back as the 18th century and exude the grandeur and militarism of Prussia.

"A certain amount of time has to pass before people can take a more relaxed approach to history," Andrea Theissen, the project leader, told SPIEGEL ONLINE. "The exhibition is a wonderful way to portray how historical monuments have been dealt with. It's typical of Berlin's turbulent history that nothing is left standing where it was once erected."

Other cities have led the way in resurrecting unwanted monuments tainted by history, albeit in outdoor parks that resemble graveyards of communism. Budapest has its Statue Park containing bombastic statues of Lenin and Karl Marx as well as Hungarian communist leaders. Moscow has its Fallen Monument Park containing all the top stars.

Berlin appears to have decided that after decades languishing in the ground or gathering dust in forgotten vaults, its disgraced monuments have suffered enough.

A total of 100 monuments will go on show in the Spandau Citadel, a Renaissance fortress in the Spandau district of Berlin, in 2013. The exhibition will be called "Unveiled. Berlin and its Monuments." Two halls with nine-meter-high ceilings are being prepared for the august historical exhibits.

'Not a Site of Worship'

"This isn't going to be a site of worship," says Theissen. "It's about explaining and challenging the cult of monuments."

Some of the statues will come from the vaults of the German Historical Museum and the regional monument protection department. Others such as a marble statue of Prussian King Friedrich Wilhem III and Queen Luise are already at the Citadel and being prepared for restoration. Some were damaged in World War II and those scars will be preserved as further testimony to Germany's troubled history.

The exhibition will also display a group of 16 grand statues of dukes, kings and emperors erected in Berlin's Tiergarten park in 1901 under Emperor Wilhelm II. They were removed by the Allies after World War II.

One of the Nazi monuments going on show will be sculptor Arno Breker's "Decathlete." Gerhard Hanke, the Spandau district councillor in charge of cultural affairs, said: "The exhibition will attract international attention." 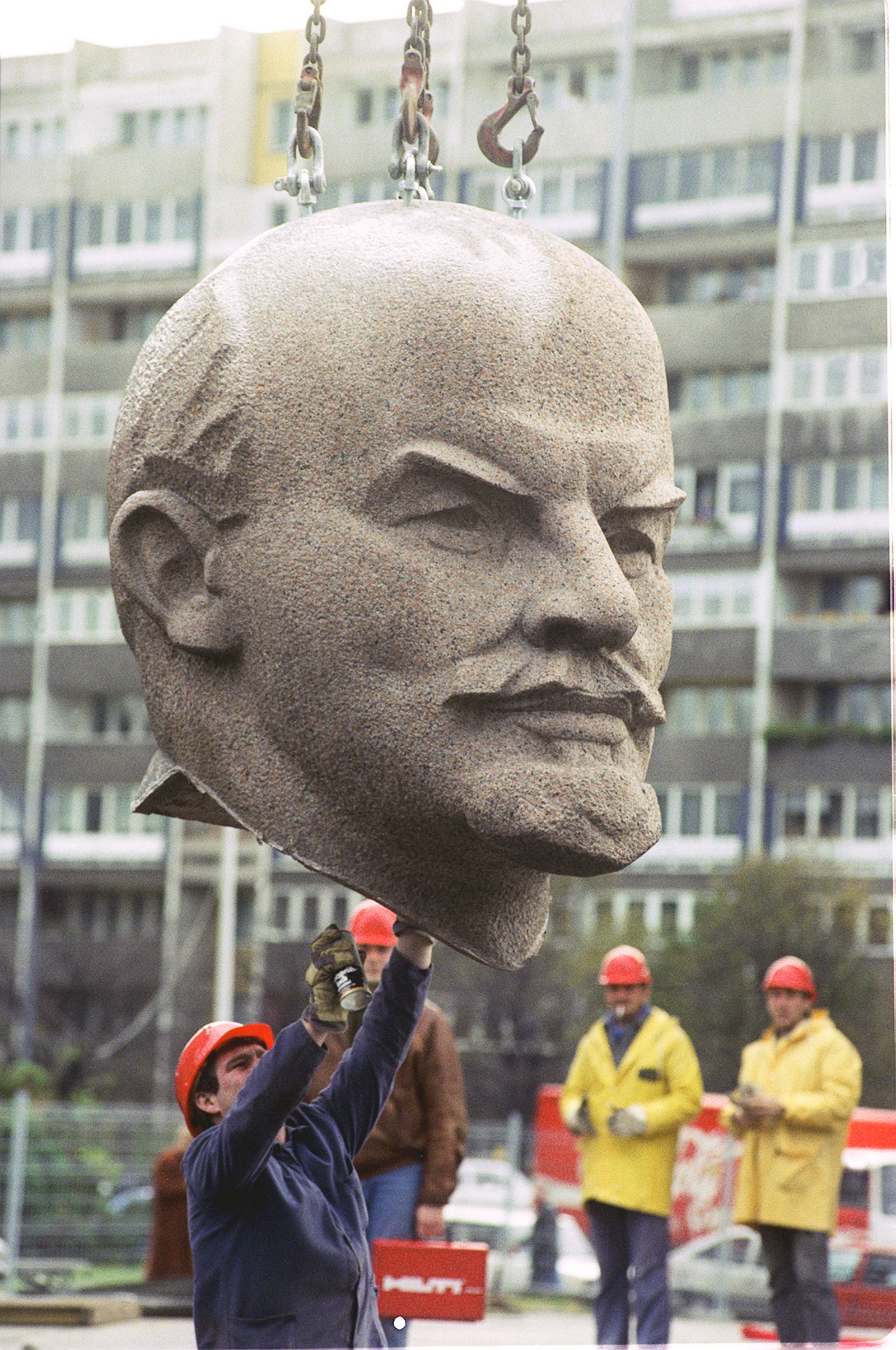 The granite head of the Lenin Statue being removed from eastern Berlin's Lenin Square (now called United Nations Square) in 1991.