Every year, the Nobel Prize for literature is a source of surprises. This year's shocker? The committee's choice isn't much of a surprise at all. From publishers to critics, most agreed that Herta Müller was a good candidate for the award. Indeed, thanks to her most recent novel "Atemschaukel," (the working title of the English translation is "Everything I Have I Carry with Me." An English excerpt can be read here) she is also on the shortlist to receive the 2009 German Book Prize, which will be awarded at the Frankfurt Book Fair next week.

Indeed, it seems that this year, the annual debate about whether the winner should have won may be skipped entirely -- in favor of a focus on the recipient herself. Müller was born on Aug. 17, 1953 in Banat, a region of western Romania. It is a region that was home to a large number of Germans -- indeed Müller's native language was both German and the idiom of a minority. 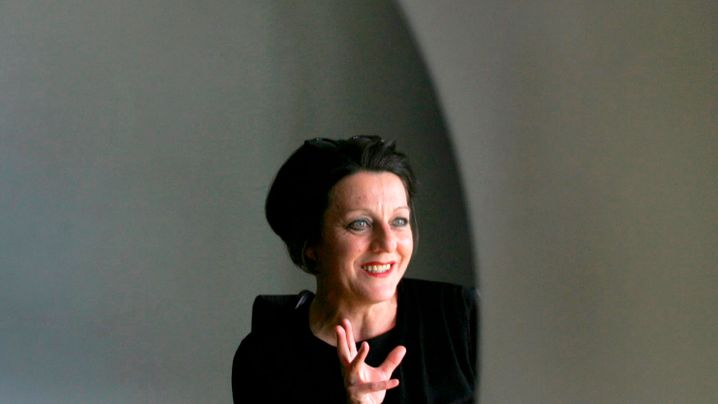 Müller learned to speak Romanian only when she was 15 years old. Her first book, published in English as "Nadirs," was heavily censored by the communist authorities when it was published in Bucharest in 1982. An uncensored version appeared in Germany in 1984. She earned her living as a private German teacher.

It wasn't long, however, before pressure from the Romanian secret service became intolerable, and in 1985 she applied to leave the country. Since then, aside from brief stints as "writer in residence" at a number of universities in Europe and the United States, she has lived in Germany.

Yet Müller's language is different -- and not just because she comes from a German enclave that spent centuries developing its own German dialect. Rather, her language is bold and up front, as though she were obsessed with using it a bit differently than it is normally used.

The band of prose she wrote in West Berlin, "Traveling on One Leg," describes leaving one country called home and arriving in another. Müller confronts readers with the alien world of the Ceausescu regime, but also with the alienation in her own life.

With "A Lady Lives in the Hair Knot" (2000), Herta Müller collects collages for a headstrong poetry album, which depart from the nadirs of life like children's rhymes and rythmic verses.

The literary creations in her latest work are also lined with a sort of childish linguistic charm -- she originally wanted to write about the experiences in a Soviet gulag of her deceased colleague Oscar Pastior. Her books have titles that almost seem to come together in unison against the hunger, death and darkness that are themes in those novels. As if they can't bear alone all that they want to say.

You can of course disagree with both the eulogists of "Everything I Have, I Carry with Me," and also with the decision made in Stockholm. One complaint is that the content and qualities that have been praised and rewarded here could also have been discovered and rewarded in works of contemporary Chinese literature.

The Nobel Prize jury's decision was nevertheless an original one because it has foiled the perpetual debate over which country and which author should get his or her turn this time. It has awarded the prize to an author, who stands and writes in her own unique way -- between national territories.

It could send out an impulse for the the concept of a Central Europe that has been placed on the sidelines through the Yugoslavian tragedy and European Union expansion. A concept in which identities aren't determined by nation-states, but rather through cultural ties.

If the Nobel literature prize has succeeded in that, then we would have Herta Müller to thank.