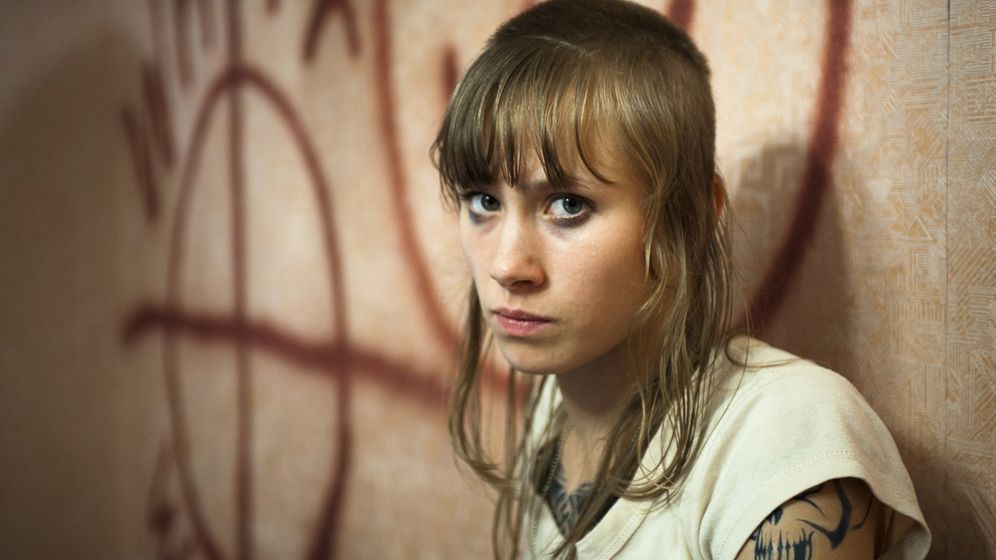 This January, as Germany was still debating the aftermath of a recently uncovered murderous neo-Nazi terror cell, a timely new film was released about the country's far-right scene. It featured an unlikely protagonist -- a woman neo-Nazi.

Although not based on the story of Beate Zschäpe, who was arrested last year as the sole surviving suspected member of the neo-Nazi terror cell, "Kriegerin," which translates loosely as "female fighter" and is on wide release here, still has many parallels. Zschäpe and two male members of the underground neo-Nazi group are believed to have murdered at least 10 people, including small business owners of foreign origin and a policewoman, over the course of a decade.

Zschäpe's apparent role in the group -- and the fact that she is a woman -- has fascinated Germans. But it came as no shock to the new film's screenwriter and director, who spent two years researching women in the neo-Nazi scene in Germany for the film.

"I was totally surprised and shocked that for so long they weren't caught," director David Wnendt told SPIEGEL ONLINE. "But I wasn't surprised that such a terror cell existed. In my research I saw that many in the scene were armed and prepared to use violence. It's a big leap to venture into killing people, but when one considers how many people are in this scene it's reasonable to assume that the possibility would arise."

Though the timing of Wnendt's debut film, released in late January, is coincidental, the movie portrays just the kind of people who might become involved in such crimes, exploring their backgrounds with unflinching detail. Wnendt shot the film in the fall of 2010, after having spent months visiting far-right demonstrations and youth clubs across eastern Germany to experience neo-Nazis firsthand.

The film's main character, 20-year-old Marisa, is modeled after the women he observed and interviewed during that time. Young, aggressive and deeply rooted in the neo-Nazi scene, her character represents a real and growing number of women taking a more active role in related organizations, and even committing violent crimes for their cause.

Contrary to the public perception that far-right extremism is solely a male problem, statistics show that one-fifth of the far-right National Democratic Party's voters are female. Women also take part in up to 10 percent of right-wing extremist attacks and crimes, according to "Mädelsache," or "Girl Stuff," a book about women in the neo-Nazi scene published last year. And that involvement is growing, write the book's authors, social scientists Andrea Röpke and Andreas Speit.

Wnendt says the phenomenon and its inherent contradictions fascinated him. "Women are still the minority," he says. "But a growing number aren't just in it because their boyfriends are. They're active of their own accord and have strong political convictions, and I think this is underestimated."

Not only do the combative females clash with the typical belief that women have fewer violent tendencies than men, but they also challenge the traditional gender roles within the scene itself, where a woman's place is seen to be "either as a mother or at the stove," he says. While their roles are used politically within the scene, neo-Nazi women also often face misogyny and abuse. "This means that the women must deal with these contradictions throughout their lives and they can never resolve them," Wnendt says.

"Kriegerin" attempts to rise above statistics and stereotypes with an authentic look at what defines and drives far-right extremists. It's a jarring film that swings between moments of appalling violence and quiet, unsettling intimacy between the characters. Talented newcomer Alina Levshin plays the angry Marisa, who sports a "feather cut" and a swastika tattoo on her chest, and wears a T-shirt that reads "Nazibraut," or "Nazi bride." She and her clique, which includes her terrifying hulk of a boyfriend Sandro, make a habit of brutalizing foreigners and anyone else who doesn't fit into their worldview.

Marisa works with her emotionally distant mother in a dead-end job as a grocery store clerk in a nondescript eastern German city. She idolizes her terminally ill Nazi grandfather, who doted on her as a girl, molding her into his "Kriegerin." This family dynamic reflects one that director Wnendt says he saw arise repeatedly in his research.

"The old war generation still plays a big role," he said, explaining that grandparents often emerged as the only source of reliable emotional support against the background of broken families, who did little to educate their children politically. Disillusioned and disconnected, many young people are searching for simple answers, and find them and a sense of belonging in the far-right scene, he says.

Marisa seems to find this kind of comfort among her neo-Nazi friends and their hatred of foreigners, Jews and the police, until a situation with two Afghan asylum seekers escalates beyond her control and her simplistic worldview begins to crumble. As she begins to feel pangs of conscience, ultimately choosing to try to escape the neo-Nazi scene, another character, naïve 15-year-old star student Svenja (Jelle Haase), is seduced by the right-wing extremist ideology.

Though criticized for certain plot weaknesses, particularly its ending, "Kriegerin" has already received several awards and has been widely praised by German critics, both for the strong performances by Levshin and Haase, and for addressing an ongoing problem in the country. Wnendt stresses the film is not meant to be overtly pedagogical, but the film's website offers teaching materials for educators interested in exploring the topic with their students.

If one goes by alarming recent studies, the problem of xenophobia in Germany remains a pervasive one. In late January, a report commissioned by the German federal parliament found that anti-Semitic ideas remain entrenched throughout the country's society, often due to "deeply rooted clichés" or "pure ignorance" that extend well into the mainstream, with some 20 percent of the population possessing "latent" anti-Semitic sentiments. As a result, "racist, right-wing extremist and anti-Semitic cheers abound in football stadiums," the report states.

Though the country's domestic intelligence agency estimates that only about 25,000 right-wing extremists are active among Germany's overall population of some 82 million, xenophobic ideas still enjoy widespread acceptance in the country. A 2010 study for the Friedrich Ebert Stiftung, a think tank with ties to Germany's center-left Social Democratic Party (SPD), found that more than one-third of Germans fear that their country is in "serious danger of being overrun by foreigners," while a similar number believe foreigners should be sent home if labor market conditions deteriorate. These ideas are even more deeply ingrained in eastern Germany, where Wnendt's film is set.

This kind of mainstream sympathy for the seeds of far-right sentiment concerns the director. "One of the most important things I realized in my research is that many right-wing extremists don't feel isolated," he says. "They exist openly in their towns and villages, and I've met many that were totally integrated into society."

The stereotypical neo-Nazis are thought to be poorly educated, unemployed thugs. But for Wnendt, it was important to avoid portraying his characters as "idiots or monsters," he says. "For me it's clear that if a problem is to be solved, the people and the causes need to be understood. That doesn't mean that one excuses their actions, though. I want it to spark conversation."

"Kriegerin," with the English title of "Combat Girls," is currently playing in German theaters. Screenings are also planned at the Atlanta Jewish Film Festival and the upcoming Berlin International Film Festival. 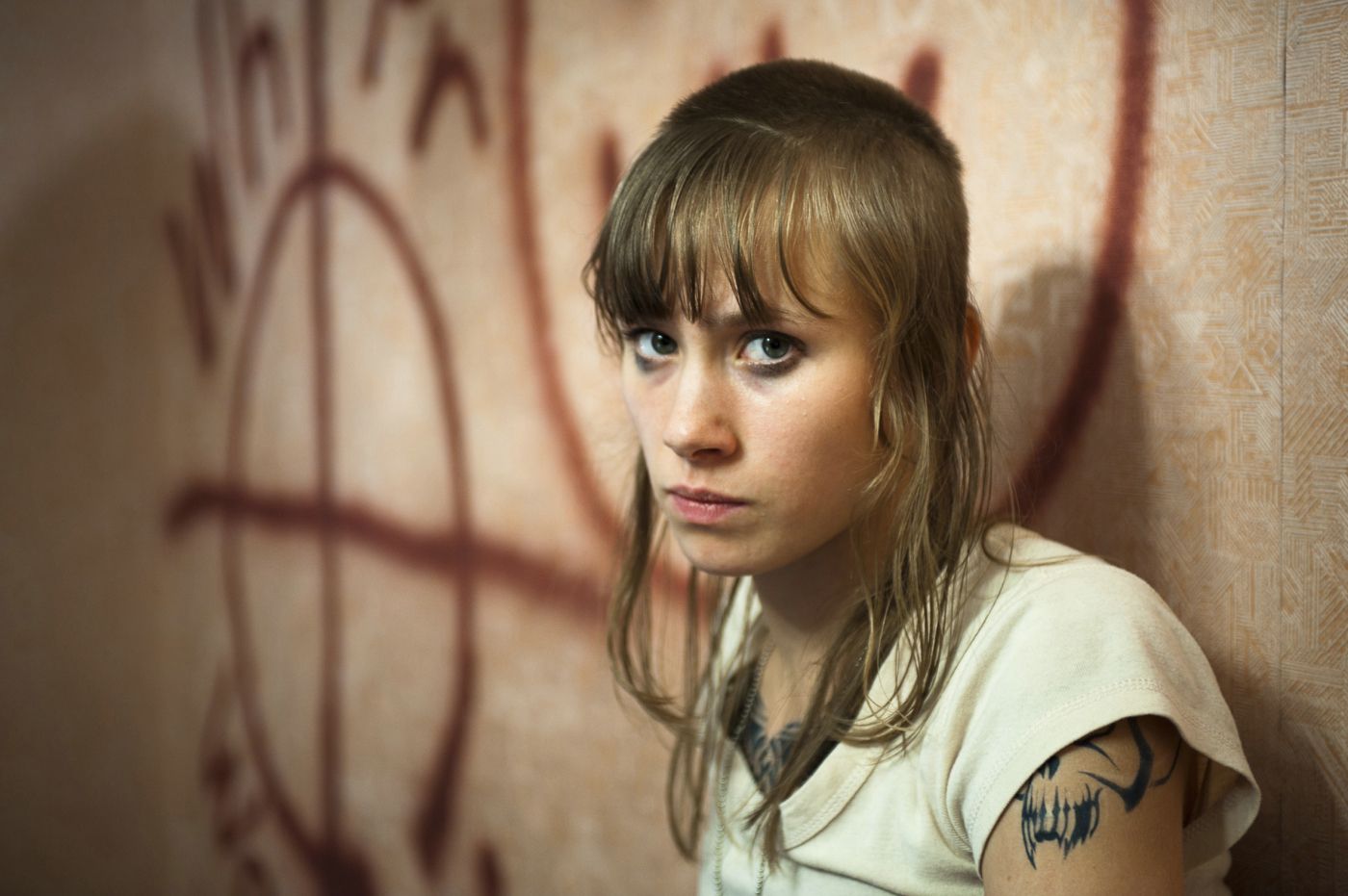