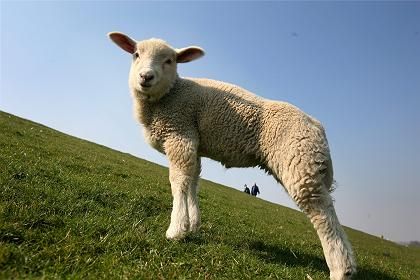 Police in the northern German village of Güster had their hands full on Monday when they were called out to catch an escaped sheep. "They gave chase in their vehicle but the pursuit didn't prove easy because the animal at times ran at speeds of up to 45 kilometers (28 miles) per hour," police said in a statement.

They finally caught up with it when it briefly got its leg stuck in a fence. "An officer carefully lifted the uninjured animal from the fence and placed in the field. But the sheep evidently didn't like its new home because it made a daring leap straight over the hood of the police car."

Police didn't catch up with the sheep until it had reached the next village where it was persuaded to move into a more comfortable field, police said. They are now trying to locate the owner of the "adventurous animal," the statement said.