A total of 1,250 gnomes with their little arms outstretched in the Hitler salute will be placed in a Bavarian town square this week as an art installation. Made of black plastic, they will stand to attention in tight military formation on Ludwigsplatz square in the town of Straubing from Oct 15 to 19.

While locals are referring to the art installation as the "Hitler dwarves," their creator, artist Ottmar Hörl, prefers to call his work "Dance With the Devil."

The gnomes, he says, are a "historical societal gesture" and the "the symptom of a political disease."

Earlier this year Hörl, 59, attracted attention by exhibiting a golden gnome making the Hitler salute in an art gallery in Nuremberg. Someone filed a complaint against him but the public prosecutor's office said it would not press any charges because the 40-centimeter sculpture was clearly meant as satire.

Garden gnomes remain a firm fixture in Teutonic gardens and the gnome population is estimated at 25 million. However, there is a growing trend towards gnomes that make obscene gestures, commit suicide or engage in sexual activity, and courts have ordered figures to be removed if they offend neighbors.

Hörl has a predilection for mass reproductions and once put up 7,000 hare figures that copied Albrecht Dürer's famous hare. 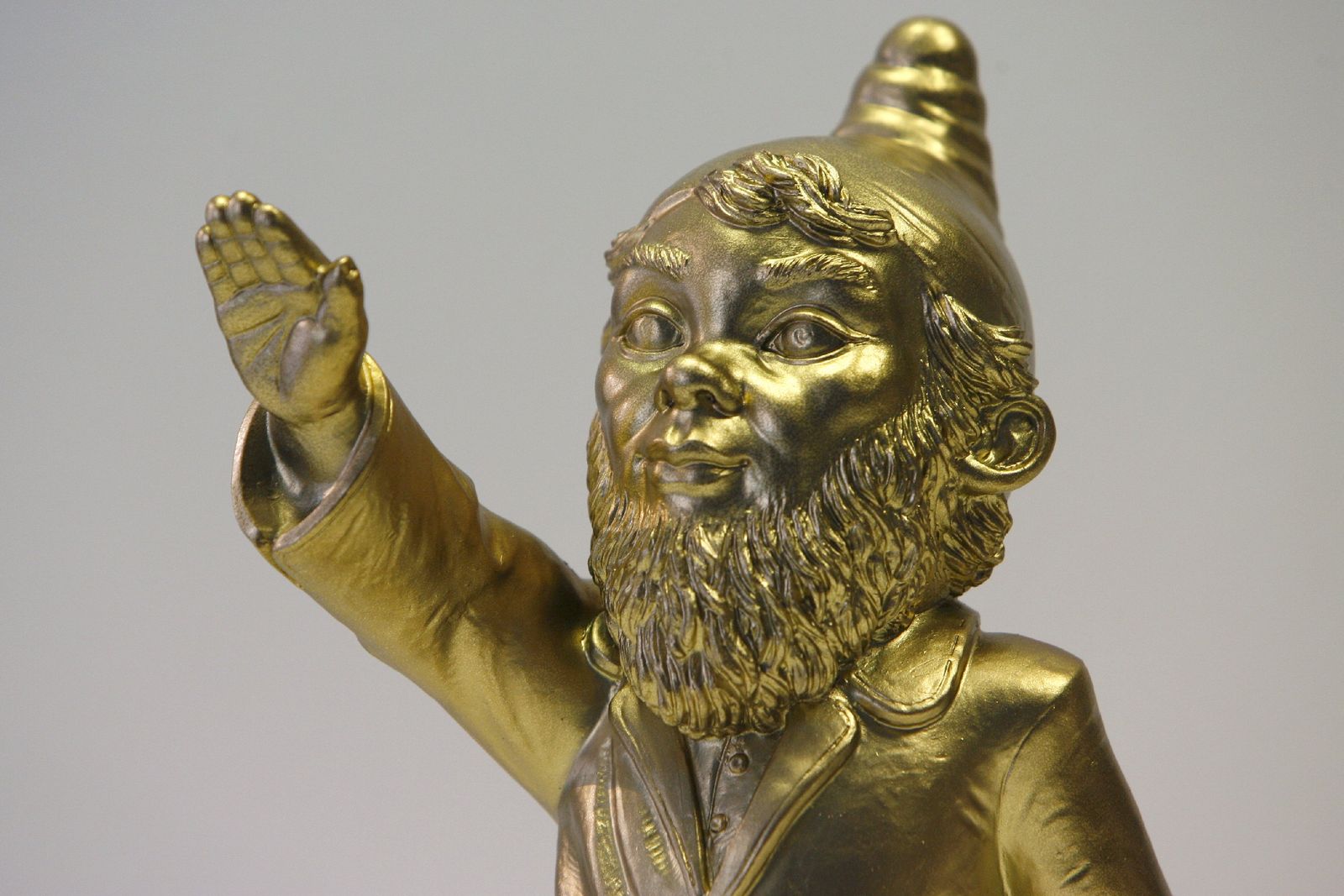