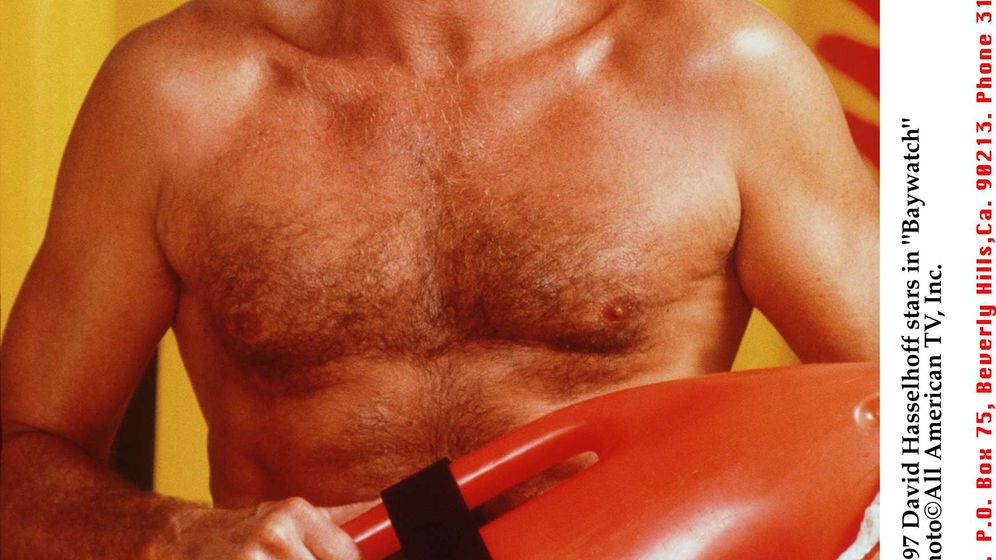 Photo Gallery: The Cult of Hasselhoff

"You crazy Germans," the Los Angeles city attorney said. He was looking at me as if I'd grown a second head. Then he pointed out his office window and added, "You can see the war zone from here."

We were talking about South Los Angeles, otherwise known as South Central -- the conglomerate of neighborhoods famous around the world for youth and gang violence. "To Watts, alone? In the dark?" The city attorney shook his head.

I nodded and stood up. I had an appointment to keep. In Watts.

I was scheduled to meet someone whose name I didn't know. He was known in the neighborhood as OG1, which stands for "Original Gangster Number One." OG1s are the gangsters who founded the gang in their particular neighborhoods, making them boss of the local scene. We'd arranged to meet in a garage.

It was late evening when I arrived. A dozen Hispanic men, no women, were sitting around and drinking beer. One played with a gun. Their clothes were all reasonably baggy. I was nervous and introduced myself, a journalist from Germany. I could hardly have been more insignificant to them. There was nothing else to say.

I must have presented no great entertainment value. Conversation continued as if I weren't there. At some point, the man with the gun stood up and came toward me. This was OG1. I grew even more nervous. It wasn't all that warm out, but I was perspiring profusely. I think I could have been used as a source for factory-grade lubricant grease, if only someone had thought to scrape the surplus oil off my skin. I was sweating like a pig.

OG1 looked at me. "You nervous, Germany?" he asked. I grunted.

I didn't have to be nervous, he told me. "Nobody's born bad." OG1 had spent time in jail because he'd tried to shoot a man who had stabbed him, a few weeks earlier, in the stomach. OG1 was freed after a few years because the gunshot had only wounded the man. Now he just takes care of personnel management for the gang, putting on social evenings like this one.

I looked around the garage. It was furnished like a living room, with a couch and a fridge. There was even a dartboard on the wall. There was also a gun cabinet, standing open.

OG1 went over to the cabinet and put his gun away, then continued on to the fridge. He grabbed two cans of beer and passed me one. "Bro," he said, "I know Germany." I relaxed. Conversation about Germany as a foreign country was something I could handle. I prepared myself for the usual small talk -- first Hitler, then the autobahn and beer. Germany summarized. I wonder sometimes if English people always have to talk about the Beatles, or Italians about noodles.

"David Hasselhoff is a star in Germany."

Everyone laughed. It was malicious laughter, and the gangsters looked at me at with the kind of pity you usually reserve for a dying animal.

Hasselhoff wasn't a star at all, I tried to explain. I brought the usual suspects into play -- Goethe, Schiller, Bach, all the pride of Germany's cultural heritage. None of the gangsters had heard of them, but that's okay. I don't know anyone either who's been to a performance of Bach sonatas, or anyone who reads Goethe in their spare time.

I thought for a moment. I needed examples of internationally famous German stars. But all I could offer in the way of music, aside from the great bard Hasselhoff, was The Scorpions. I wasn't doing Germany any favors.

Then OG1 had an idea.

"Bet you know the words!" he said, and asked me to sing Hasselhoff's greatest hit for him. This particular request was delivered in a manner you might be familiar with from the movies: OG1 draped his arm around my shoulder, smiling in a way that made it clear it probably wouldn't be a good idea to say no, unless, of course, I wanted to be dipped in concrete and dropped in a river.

I finished my beer and took a new can. I stood in the middle of the room, OG1 next to me, and I started singing, very quietly. To my surprise, OG1 joined in. He was already pretty drunk, but he knew the words, and sang loudly. Then he started dancing.

He grabbed my shoulder, expecting me to dance too. "I've been looking for freedom, I've been looking so long." I could sense Western civilization collapsing around me. Nothing mattered anymore. In any case, I'd danced before to David Hasselhoff before, and this instance couldn't possibly be as bad as the first time.

I was 14 years old. Puberty had bestowed upon me arms that dangled most of the way to the ground, and even then I was extremely nearsighted. I had just been confirmed (in the Catholic Church), and because it was the customary thing to do after Confirmation, I took a dance class. David Hasselhoff had just scored his greatest hit, which meant that people danced to "Looking for Freedom" with cringe-worthy regularity.

At the time there was also a dance that involved circling around a girl. After one revolution, you skipped your way on to the next girl. This offered even ape-armed, half-blind boys like me an opportunity to dance once or twice with someone attractive.

Four or five dance partners ahead of time, I started looking forward to Melanie. When it was finally my turn to dance with her, I gathered extra momentum, wanting to be especially good. Unfortunately, I jumped toward her with just a little too much speed, and was already in the process of falling by the time my hands reached hers. Dance shoes, as you may know, lack proper soles. My own momentum threw me off balance and I collapsed on my back, at the same time kicking Melanie in the legs. Predictably, this had a negative effect on her stability. She fell too.

Melanie didn't fall on me -- I was denied even that. I did try to sniff in her direction, hoping to take at least the memory of her perfume home with me. But I must have bent too far, because suddenly all the girls were saying things like "disgusting" and "desperate."

On Not Forgetting Such a Horrible Song

This dance session, I thought to myself in Watts, couldn't be any worse than that.

"I've been looking for freedom still the search goes on

I've been looking for freedom since I left my home town

I've been looking for freedom still it can't be found."

It was easily one of the worst songs ever written. No wonder David Hasselhoff became an alcoholic. I drank too -- there was no other way to stand it. American beer is, after all, such dishwater that it's easy to drink quickly, but still the gangsters were impressed. They construed a talent for beer consumption as further evidence of Germanness. At a wave from OG1, one of the men handed me another can. Then another, then another. I kept pouring the beer down the hatch. We drank first and foremost to David Hasselhoff, but later to German-American friendship, and the friendship between St. Pauli and Watts.

By the time I had drunk seven cans of beer, I needed a trip to the bathroom. OG1 showed me the way into the house. On the ground floor I came across a woman wearing a white ball gown, who gave me directions to the second-floor bathroom. A woman in a white evening dress in Watts, in South Central, seemed somehow surreal. I felt as if I were in a David Lynch movie and found myself expecting a white horse to run down the hall. I stood on the landing and waited.

"What are you waiting for?" the woman asked.

"I'm waiting for the horse to go by," I replied.

She left, shaking her head. I staggered upstairs, but couldn't find the bathroom right away, walking into the wrong room first. There was money on a bed, a lot of money. I decided to leave. All this was none of my business.

On my way out, my gaze fell on a picture on the wall. OG1 was in it, wearing a blissful grin, his arm slung around the shoulders of a man in a red bathing suit. Wait, I knew that man I took a step closer.

I was looking directly into the eyes of David Hasselhoff.