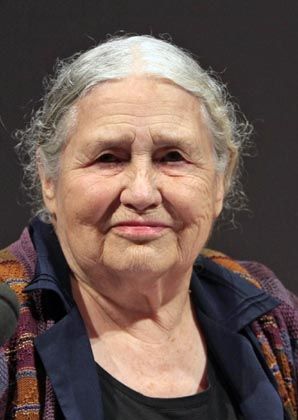 British author Doris Lessing was in Hamburg, Germany, on Wednesday to present her new book, "The Cleft." The 87-year-old was named Thursday as the recipient of the 2007 Nobel Prize in literature.

The Swedish Academy announced Thursday that Doris Lessing, the 87-year-old British writer, is the recipient of the 2007 Nobel Prize in literature. The academy cited Lessing as an "epicist of the female experience, who with scepticism, fire and visionary power has subjected a divided civilization to scrutiny."

Lessing is known for writing that probed the tense divide between whites and blacks in Africa in the 1950s. "The Grass Is Singing" (1950), for example, examined the relationship between a white farmer's wife and her black servant. The academy called the tale "both a tragedy based in love-hatred and study of unbridgeable racial conflicts."

Her other works include the semi-autobiographical "Children Of Violence" series, also set in Africa. According to the academy, the author's breakthrough work was the "Golden Notebook," published in 1962. "The burgeoning feminist movement," the academy citation announced, "saw it as a pioneering work, and it belongs to the handful of books that inform the 20th century view of the male-female relationship."

Born Doris May Tayler to British parents living in what was then Persia (today, Iran), Lessing is the oldest recipient of the Nobel Prize in literature. An experienced traveller, Lessing has lived in the Middle East, Zimbabwe, South Africa and Great Britain. Because of her criticism of the South African government and its apartheid system, the author was prohibited from visiting the country for nearly 40 years, between 1956 and 1995. Lessing was a member of the British Communist Party in the 1950s and was active in campaigning against nuclear weapons in the following decades.

"When you look at my life," Lessing told the Associated Press in an interview last year, "you can go back to the late 1930s. What I saw was, first of all, Hitler, he was going to live forever. Mussolini was in for 10,000 years. You had the Soviet Union, which was, by definition, going to last forever. There was the British empire -- nobody imagined it could come to an end. So why should one believe in any kind of permanence?"

Most recently Lessing has published "The Sweetest Dream" (2001), "The Grandmothers: Four Short Novels" (2003), "The Story of General Dann and Mara's Daughter, Griot and the Snow Dog" (2005). The author was in Hamburg on Wednesday to read from her most recent novel, "The Cleft" (2007), about an ancient community of women living in a coastal wilderness, without men.

Lessing is the second British writer to win the Nobel prize in literature in three years, after Harold Pinter in 2005. The prize was awarded to Turkey's Orhan Pamuk in 2006.

Worth 10 million Swedish kronor ($1.5 million; €1.1 million), the award will be given officially by Sweden's King Carl XVI Gustaf at a ceremony in Stockholm on Dec. 10. Lessing was not yet aware of the honor as of Thursday afternoon, her literary agent, Jonathan Clowes, told the Associated Press.