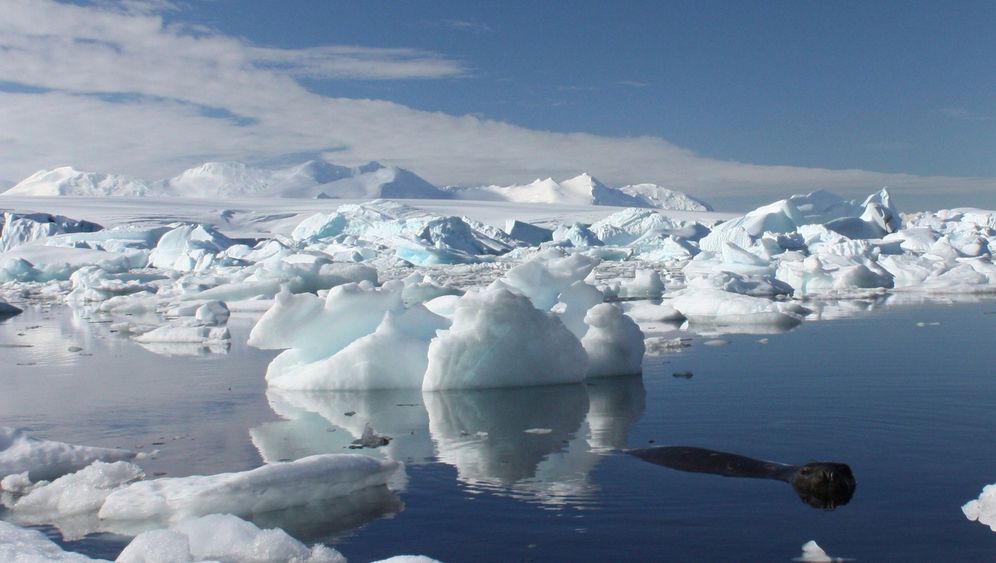 Photo Gallery: Searching for Life Under the Ice

Life on Earth can sometimes seem unvanquishable. It blossoms even in the deepest oceans and on the highest mountains. It thrives in boiling hot springs and inside cold rocks. At least when it comes to microbes, it seems like they find almost nowhere too extreme, too toxic or too dark to live in. Or is there?

Martin Siegert, 45, is currently searching for signs of life in a highly unusual place: at the very bottom of the world, in the endless darkness kilometers beneath Antarctic ice. He believes if he can find life forms here, it enormously increases the chances that there is also life elsewhere in the universe, perhaps on other planets.

Siegert, an ice researcher from the University of Bristol, in England, is currently camped out with 11 other members of his team and 100 metric tons of equipment on a glacier in Antarctica, in a spot where the sun won't set until late February. "It's minus 19 degrees Celsius (minus 2 degrees Fahrenheit) with very strong wind," the British scientist reported last week by satellite telephone, saying that although his equipment is creaking and groaning under the harsh conditions, "everyone in the team is very positive."

Now, the moment has come that Siegert has been working toward for 16 years. What he'll do has never been done before -- and the scientific community is on edge. "I'm just thrilled by this," says Klaus Grosfeld, 50, a geophysicist at the Alfred Wegener Institute for Polar and Marine Research (AWI) in the northern German city of Bremerhaven.

Starting Wednesday, the British Antarctic expedition will use a custom-built drill to bore into a freshwater lake buried 3.4 kilometers (2.1 miles) below the ice crust. Lake Ellsworth is one of around 380 known subglacial Antarctic lakes, bodies of water more isolated from the rest of the world than any other waters on Earth.

This lake last had contact with weather phenomena, the atmosphere and sunlight over 500,000 years ago, during a period when the climate was considerably warmer than it is today. The water temperature here can be as low as minus 2 degrees Celsius (28 degrees Fahrenheit), yet the majority of the water remains in liquid form. The pressure created by the weight of the glacier above is so extreme that it has shifted the water's freezing point.

Siegert's team will use a hot water drill, a device that looks something like a large showerhead, to bore through the ice with a jet of scalding water. Siegert has taken great care to make sure that the device will not introduce any microorganisms from the outside world into the subglacial lake. His equipment, made up of thousands of individual pieces, was painstakingly sterilized back in England, to a standard higher than that used in hospital operating rooms. Likewise, the water his drill will stream into the ice is completely free of germs after being run through filters and exposed to UV light.

Working in shifts, the researchers will need to drill continuously for around 100 hours in order to reach the surface of this deep subglacial lake. Once they reach it, there will be no time for missteps. The scientists need to take all of their samples -- both of the ice-cold water and the even more intriguing sediment layer at the bottom -- within 24 hours. After that, their window into this ancient lake will close up again, refreezing as if it had never been opened.

If all goes as planned, by early next week, Siegert will have 24 samples of 100 milliliters (3.4 ounces) each. Obtaining these 2.4 liters (0.6 gallons) of water and sludge comes with a high price tag -- about €10 million ($13 million) -- but is expected to be of great scientific value.

A Race to the Bottom

The Antarctic is currently the site of a race between Russian, British and American researchers to gain access to these enigmatic, ancient lakes beneath the ice.

Russian researchers were the first off the starting block earlier this year, but their project ended rather more ignominiously than they had hoped. In February, they attempted to bore into the fascinating Lake Vostok in the eastern part of the continent. This subglacial lake is one of the planet's largest freshwater reservoirs. It's located 4 kilometers (2.5 miles) beneath the ice and has been isolated from its surroundings for 14 million years. But before the researchers were able to take their samples, the onset of the Antarctic winter forced them to depart.

If the Russian team returns to continue the project, it can expect its work to meet with complaints from international colleagues. The Russians' drilling technique requires that their hole in the ice be kept open using antifreezing agents, such as kerosene and Freon, which are substances teeming with bacteria. As a result, other scientists will view the Russian team's findings with skepticism. "There are serious concerns that the lake will be contaminated," says Grosfeld, from the AWI.

American researchers, meanwhile, plan to explore the much smaller Lake Whillans, located closer to the South Pole and just 800 meters (2,600 feet) beneath the ice. Like the British team, the Americans will use sterilized equipment and a hot water drill. They won't arrive until January, though, by which point their British colleague Siegert will be finished with his own Antarctic expedition -- and may already know whether life truly exists here in this icy heart of darkness.

"I would be very surprised if we didn't find signs of microbes," Siegert says. Here on Earth, he explains, and perhaps in outer space as well, it can almost be taken as a law of nature that: "Where there's water, there's life."

Blogs, videos, illustrations and other information can be found on the Subglacial Lake Ellsworth Antarctica website.