When the German author Johann Gottfried Seume took his famous "Stroll to Syracuse," as he entitled his book about his nine-month walk to Sicily in 1802, he made sure to visit a number of local libraries along the way. At the time, it was often impossible to check out books. If you wanted to read them, you had to be mobile.

Today, the situation has come full circle. If a student in Freiburg wants to read the hard-copy version of a book from the university library in Basel, he or she can simply order it via an interlibrary loan. But if only an electronic version is available, interlibrary loans are generally not an option. The student has no choice but to climb into a train and head to Switzerland to read the book on a university computer.

It is a paradox: Books that traveled around the world via interlibrary loan in the 20th century paper era are safeguarded locally in the Internet age. Indeed, it is the sheer ease with which electronic publications can be sent around the world that is now resulting in their being locked up behind digital bars. The book doesn't go to the reader, the reader comes to the book -- just like in the 19th century.

Interlibrary loans were formalized in Prussia in 1893 with the "edict pertaining to lending." But it doesn't apply to the new electronic world. Today, publishing houses dictate their conditions to libraries, motivated by their justifiable fear of pirated copies. Unfortunately, it is honest readers who have to pay the price.

Many publishing houses don't issue licenses for loaning out e-books: Influential German publishers such as Droemer Knaur, Kiepenheuer & Witsch, S. Fischer and Rowohlt, for example, are nowhere to be found on the German-language online lending library Onleihe. That means that important works such as the new definitive World War I study by Berlin-based political scientist Herfried Münkler cannot be checked out electronically. It is a situation that would be unimaginable in the world of paper.

Indeed, many electronic books only exist on closed platforms such as Apple's iBooks or Amazon's Kindle. And protection software used by many publishers make access to their products even more difficult. Adobe, whose system provides the foundation for the majority of all e-books, is currently revising its software. Many older readers may no longer be able to display newer e-books as a result.

The issue isn't just the latest crime novel bestseller. The issue is the core of the knowledge economy: essays, articles and books from researchers. "We have thousands of e-books that we could make available to our users via the Internet," says Harald Müller, head librarian at the Max Planck Institute for Comparative Public Law and International Law in Heidelberg. "But we often aren't allowed to because licenses are so restrictive."

Copyright laws often lead to "delightful absurdities," says Müller. If, for example, he wants to read an essay from an American library via interlibrary loan, "they will print it out on paper and send it over by fax -- and I will then scan it into our computers here." Sending it as an email attachement is forbidden.

It is, of course, legitimate for publishing houses to try to defend themselves from copyright violations. But for the moment, the strategies they employ almost exclusively inconvenience well-meaning readers. Library users, for example, often are "not allowed to print out e-books or to save them on USB sticks," says Oliver Hinte, head of the legal commission at the Association of German Libraries. But what is one supposed to do instead? Copy out passages by hand?

"Appropriate technical solutions to prevent piracy have been around for a long time," says Gerald Schleiwies of the city library system in Salzgitter near Hanover. "Digital watermarks allow documents to be personified. My name is prominently displayed on every page and can't be as easily removed as so-called copy protection."

Schleiwies is currently writing his Ph.D. thesis and travels across Germany for his research. He has five separate library cards. "The scanning and mailing of excerpts is no longer allowed," he says.

The Specter of Copyright

There are plenty of absurd examples. Franco Moretti, for example, an English professor at Stanford University, achieved renown with his study "Atlas of the European Novel." But his research ends at the point when rigid copyright laws, which protect works for up to 70 years after the death of the author, present a roadblock. It is dangerous to scan more current works of literature, Moretti says. "The specter of copyright keeps (them) too protected for us to make inroads. Too bad!"

"Currently, copyright owners are often in a unique position of power," says Hinte. "A reform and simplification of copyright laws is long overdue."

In many cases, it is the readers themselves who, through their taxes, pay the university authors whose studies they are then unable to access. It is also likely that many professors themselves cannot even afford a subscription to the journal in which their work is published. Subscription rates of up to €15,000 ($20,633) per year are hardly a rarity. The Journal of Comparative Neurology, for example, comes with a price tag of more than €20,000 annually. Authors who publish their works in such a journal usually don't see a single cent for their labors. Publishing companies such as Reed Elsevier, by contrast, regularly achieve pre-tax profit margins of over 25 percent.

"Publishers of scientific journals make so much money because they collect their product for free from taxpayers and then sell it back at inflated prices," says Günter M. Ziegler, a distinguished mathematician at Berlin's Free University.

Until two years ago, Ziegler was the co-publisher of two mathematics journals at Reed Elsevier. Then he joined a boycott that has since attracted the support of 14,000 others. He is now working for an academic journal that is available to everyone on the Internet according to open access principles. Elsevier says that the conflict has more to do with a misunderstanding than a conflict of interests.

Back to the Future

Initial compromises have been made. In January, institutions such as the Geneva-based CERN nuclear research center began paying Elsevier a flat fee for the publication of physics journals which are then made available free of charge.

Adjustments to copyright law are often tiny, but effective. That is the case with older works whose authors can no longer be determined. Heretofore, for example, old, yellowing newspapers couldn't be digitized until all of the writers involved were contacted. Works of cultural value were being sacrificed at the altar of copyright. As of the beginning of this year, new rules pertaining to limitations and exceptions to copyright now make it easier to scan orphaned works.

The mini-change could also make it possible for researchers to post their work on the Internet -- but only one year after they are published in an academic journal. The first are expected to do so in 2015.

Until then, though, people in search of specific articles or publications will be forced to chase down the artificially limited supply of e-books for the privilege of reading them on library monitors and taking notes by hand, much as monks used to do. Or like the man of letters Seume during his journey to Syracuse over 200 years ago. Back to the future. 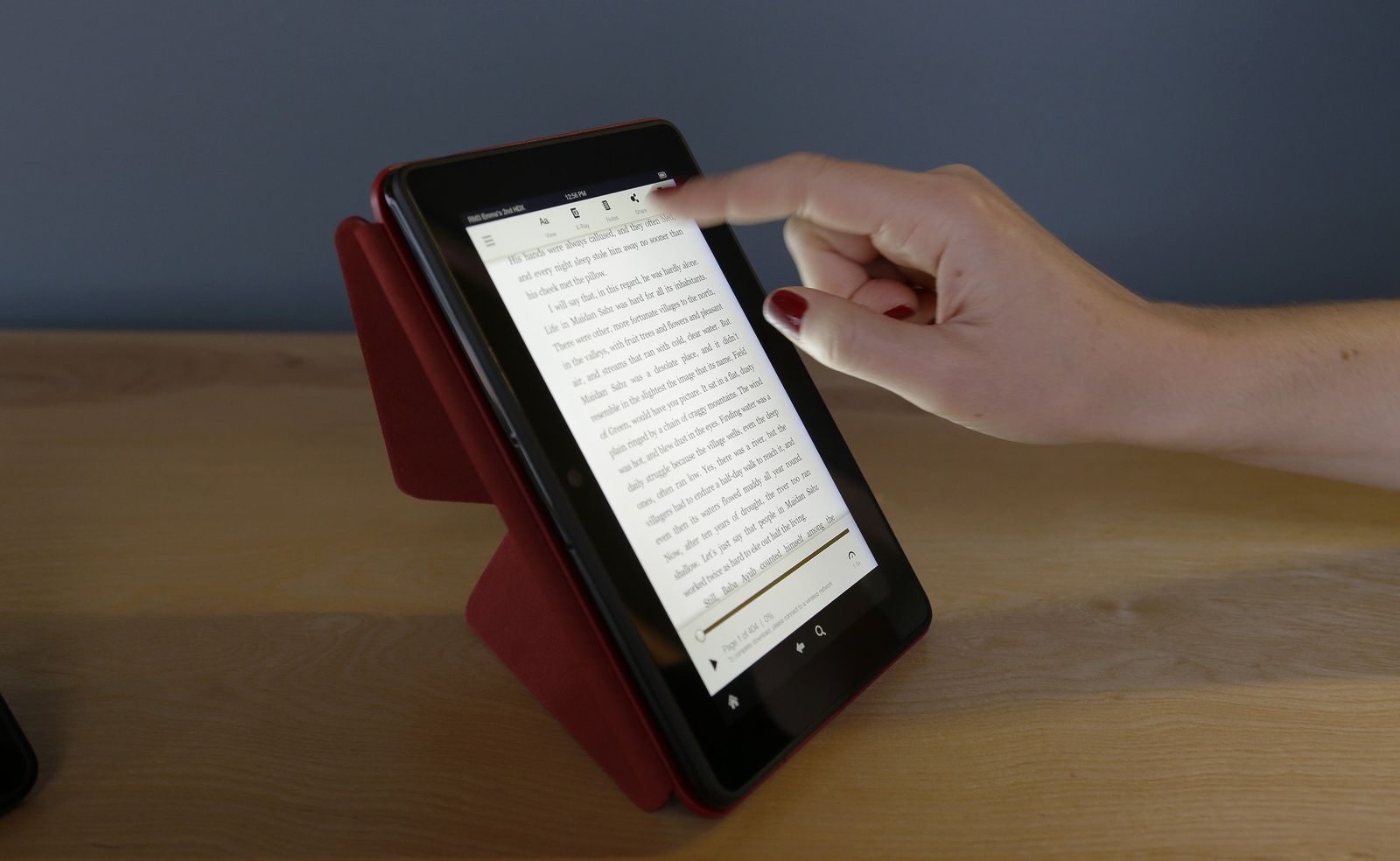 E-books are great. As long as you buy them. Borrowing is more difficult.