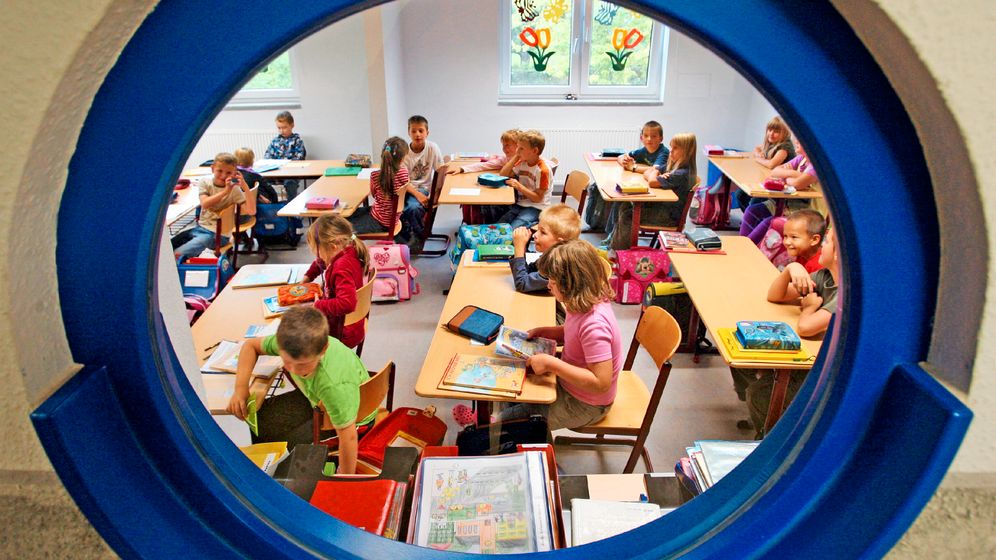 Eric Turkheimer jokes about people who believe environmental influences alone determine a person's character: "They soon change their tune when they have a second child," he says. A father himself, he is speaking from experience. His eldest daughter likes being the center of attention, while her sister is shy and more reticent at school.

Even so, Turkheimer doubts that genetics alone can provide the complete answer. As a clinical psychologist working at the University of Virginia in Charlottesville, he repeatedly came across people whose childhoods hadn't been as carefree as those of his daughters. Many of his patients are from impoverished backgrounds.

"I could see how poverty had literally suppressed these people's intelligence," 56-year-old Turkheimer says.

Scientists typically use twins to gauge the influence of our genes on the one hand and the environment on the other. However Turkheimer noticed that such studies rarely involve twins from broken homes. Stress, neglect and abuse can have a dramatic effect on intellectual ability. And it's precisely this factor that many nature-vs.-nurture studies have completely failed to address.

Turkheimer and his colleagues are the first scientists to have plugged this gap. Their three studies conducted in the United States on this issue have now compared the intelligence of hundreds of twins from more privileged backgrounds with those from more difficult environments. They found that the higher a child's socioeconomic status, the greater the genetic influence on the difference in intelligence. The situation is very different for children from socially disadvantaged families, where differences in intelligence were hardly inherited at all.

"The IQ of the poorest twins appeared to be almost exclusively determined by their socioeconomic status," Turkheimer says. A person's intelligence can only truly blossom if the environment gives the brain what it desires.

Ulman Lindenberger, a 49-year-old psychologist at the Max Planck Institute for Education Research in Berlin, has come to the same conclusion. He says, "The proportion of genetic factors in intelligence differences depends on whether a person's environment enables him to fulfill his genetic potential." In other words: Seeds that are scattered on infertile soil won't ever grow into large plants.

This is precisely what intelligence researchers have denied up to now. Dazzled by their studies of carefree middle-class and upper middle-class twins, they decided that cognitive skills are largely under genetic control, that academic talent is biologically hard-wired and can unfurl in almost any environment.

'Intelligence Is Highly Modifiable by the Environment'

In the meantime psychologists, neuroscientists, and geneticists have developed a very different perspective. They now believe that the skill we term "intelligence" is not in the least fixed, but is actually remarkably variable. "It is now clear that intelligence is highly modifiable by the environment," says Richard Nisbett, a psychologist at the University of Michigan in Ann Arbor.

As a result, researchers have in recent years scaled back their estimates of the influence genetics plays in intelligence differences. The previous figure of 80 percent is outdated. Nisbett says that if you take social differences into account, you would find "50 percent to be the maximum contribution of genetics." That leaves an unexpectedly large proportion of a child's intelligence for parents, teachers and educators to shape.

The findings will undoubtedly please those parents who already send their children to good schools, drive them to violin lessons in the afternoon, and then drag them around museums at the weekend. "So you haven't wasted your time, money and patience on your children after all," Nisbett says.

Time and again researchers have found that a child's genes have far less of an effect on its brain than its surroundings -- and the social environment is only one of the factors in this. Scientists in Boston, for instance, have found that children who live near roads and intersections and are thus exposed to higher levels of exhaust fumes have three IQ points fewer on average than children of the same age living in areas with cleaner air. That's simply because microscopic dust and pollutants can reach the brain and then adversely effect the nerve cells' ability to function properly.

In a similar way to those exposed to pollutants, children also suffer as a result of mental pressure, misery, worry and neglect. Chronic stress alters the way neurotransmitters work, inhibits the formation of new nerve cells and causes the hippocampus to shrivel.

That can lead to identifiable differences, as researchers at Cornell University in Ithaca, New York, have shown. They found that stressed children from poor families performed up to 10 percent worse at memory tests than well looked-after children from middle-class homes.

IQ Increases with Each Year Spent in School

By contrast, IQ increases with every year a child spends at school. During World War II, some children in Holland started school late because of the Nazi occupation -- with momentous consequences. "The average IQ for these children was seven points lower than for children who came of school age after the siege," Nisbett says.

Unequal educational opportunities were and still remain particularly prevalent in the United States. American society denied black slaves an education, and refused them access to books. But the races remained divided even after the abolition of slavery in 1865. For a long time, dark-skinned children attended special schools that had terrible facilities. So it's hardly surprising that they were behind when they were finally granted access to the public schools that were previously the sole preserve of white children.

White academics in the US repeatedly tried to claim that the resulting differences in performance were genetically determined. In the 1960s, psychologist Arthur Jensen from the University of California at Berkeley wondered why so many underachieving pupils were dark-skinned. How could anyone deny that their low intelligence was a feature of their ethnicity, Jensen argued. He therefore concluded that there was no point in trying to encourage children from socially disadvantaged groups at an early age.

The controversial book "The Bell Curve" was published in 1994. Its authors, Richard Herrnstein and Charles Murray, warned against giving ethnic minorities easier access to universities.

An Unplanned Experiment in Germany

This is the line of reasoning that German central banker Thilo Sarrazin recently adopted when he provocatively suggested that the children of Turkish immigrants were genetically less well disposed than German children.

In spite of Sarrazin's claims, an unplanned experiment that took place in Germany proved long ago that skin color had no influence on intelligence. After World War II, many American servicemen fathered children with German women. These bi-national offspring were dubbed "occupation babies". Some of them had light-skinned American dads, others dark-skinned ones. In contrast to the US, this had no influence over their performance at school.

In 1961 Klaus Eyferth at the Hamburg University Institute of Psychology saw this as a unique opportunity to uncover the "developmental characteristics of (biracial) children" by comparing them with "white occupation babies." Eyferth gave intelligence tests to 264 children and adolescents, 181 of them with dark skin, 83 with light skin. The children with a white father had an average IQ of 97, those with a black father 96.5, values statistically so close to one another to disprove the notion of "developmental characteristics."

Hundreds of Thousands of Genes Play Role in Cognitive Skills

Modern genetic research has also now shown that there is no such thing as a biological source of cleverness consisting of one or a few "intelligence genes." Apparently there are hundreds -- if not thousands -- of genes that play a role in determining our cognitive skills.

A person's ability to make use of his or her genetic potential can indeed be influenced, especially if the person is assisted and permits others to help. Education researcher Anders Ericsson has also shown that master musicians, for example, aren't born that way. Studying violinists in Berlin he found that none who had practiced for fewer than 10,000 hours ever became virtuosi. By contrast, nearly all those who had practiced for more than 10,000 hours by the age of 20 went on to become principal violinists.

The analogy doesn't only hold for musicians. The notions of "chess genius" or "math genius" are likewise mere metaphors that don't have any biological basis whatsoever.

True, time and again it has been observed that children in several Asian countries are far better at calculating than their peers in the West. But that has nothing to do with genetics -- and everything to do with attitudes. In one study, students from Japan and Canada were given mathematical tasks. No matter how well they actually did, the researchers told one group of subjects they had done excellently. The others were informed they had flunked completely. The scientists then gave the subjects another set of tasks, and said they could take as long as they wanted.

Cognitive Skills a Reflection of Environment

Numbers aren't the only thing you can teach through repeated practice. The same is true for words. A person's vocabulary is an expression of how much their parents and significant others spoke to them as a child. According to studies conducted in the US, the average child has heard about 30 million words by the age of three. The figure for disadvantaged children is only 20 million. This then affects their active vocabulary. The average middle-class three-year-old can use 1,100 words, whereas children from poorer families only have about 525 at their disposal.

The new findings by the intelligence researchers all point in the same direction: Our cognitive skills are a reflection of our environment. "The low IQs expected for children born to lower-class parents can be greatly increased if their environment is sufficiently rich cognitively," says psychologist Nisbett.

The practical possibilities have been explored by psychologists Sharon Landesman Ramey and Craig Ramey from Georgetown University in Washington, DC. The Rameys used as their subjects the children of extremely poor and poorly educated parents. In one project children spent their days at a special day-care center in which there was one teacher for each child and where the young charges were given special encouragement from the age of six weeks.

After three years, these children were compared to a control group. Lo and behold, the average IQ of the boys and girls was a staggering 13 points higher than that of similar children who had not been given special attention.