"What would happen if the desert became communist? Nothing for a while, and then there would be a sand shortage." Jokes like that made the rounds among East Germans during the communist era, and West Germany's intelligence service would collect them, as a way to assess the public mood behind the Iron Curtain but also to amuse its masters in Bonn, the West German capital.

Here's another one: "Why does West Germany have a higher standard of living than we do? Because communists can't get work permits there." The ubiquitous Trabant or Trabi, East Germany's legendary plastic car with its clattering two-stroke engine, was a favorite butt of jokes as well. Like this one: "A new Trabi has been launched with two exhaust pipes -- so you can use it as a wheelbarrow."

The jokes were gleaned from secretly opened letters and phone conversations that agents from West Germany's Bundesnachrichtendienst (BND) would monitor in their quest for East German state secrets during the Cold War.

Intelligence services around the world tend to value every snippet of information they get and the BND was no different. It scrupulously collected and filed the jokes and dispatched them to Bonn during the carnival season each year, much to the delight of civil servants. The BND has just released the files it kept on East German humor.

The joke report was by far the most popular service the spies provided. "It was our biggest hit," recalls former BND spy Dieter Gandersheim, whose real name is of course quite different. The Chancellery and the ministries couldn't wait for the file, he said.

It wasn't just about livening up the gray civil service routine. The jokes gave insights into what ordinary East Germans were thinking about their regime and about current events. The Chernobyl nuclear accident in 1986 spawned a new proverb, for example: If the farmer falls off his tractor, he must be close to a reactor.

Chernobyl, incidentally, wasn't an accident, another joke went. It was just a Soviet program to X-ray its population.

East Germans weren't averse to secretly lampooning their political leaders, bureaucracy or the chronic supply shortages that plagued the country, even though it was risky for them.

"Political jokes thrive in dictatorships," says Christoph Kleeman, a former official from the Birthler Authority, which was set up after German unification to manage the archives of the East German secret police, or Stasi. "Anyone who tells one or laughs about one creates democracy for a brief moment, and brings the regime leaders down to his level."

Christmas has been cancelled, goes another joke. Mary didn't find any diapers for the baby Jesus, Joseph was called up to the army and the three kings didn't get a travel permit.

The BND's joke reports were often preceded by an analysis of the political and economic situation in the German Democratic Republic. In the early 1980s, when the Polish government imposed martial law in response to strikes against food price increases and demands for political reform, the BND reported that some East German workers had also downed tools, and it gave the following analysis: "The GDR leadership believes the population is resilient and ready to make sacrifices but it is prepared to take tough action if necessary to prevent 'Polish conditions.'" It added a chapter on "Political jokes on the supply situation." Like this one: "Why can't you get any pins in East Germany anymore? Because they are being sold to Poland as kebab skewers."

"Telling jokes was playing with fire," says Kleemann. The Stasi had 91,000 employees and a network of around 189,000 civilian informants to spy on the East German population of 17 million. It regarded every political joke as a potential threat. Anyone who poked fun at the representatives of the organs of state and society was subject to prosecution.

"There were cases of people who were jailed, it was particularly bad in the 1950s and 1960s," says Kleemann. 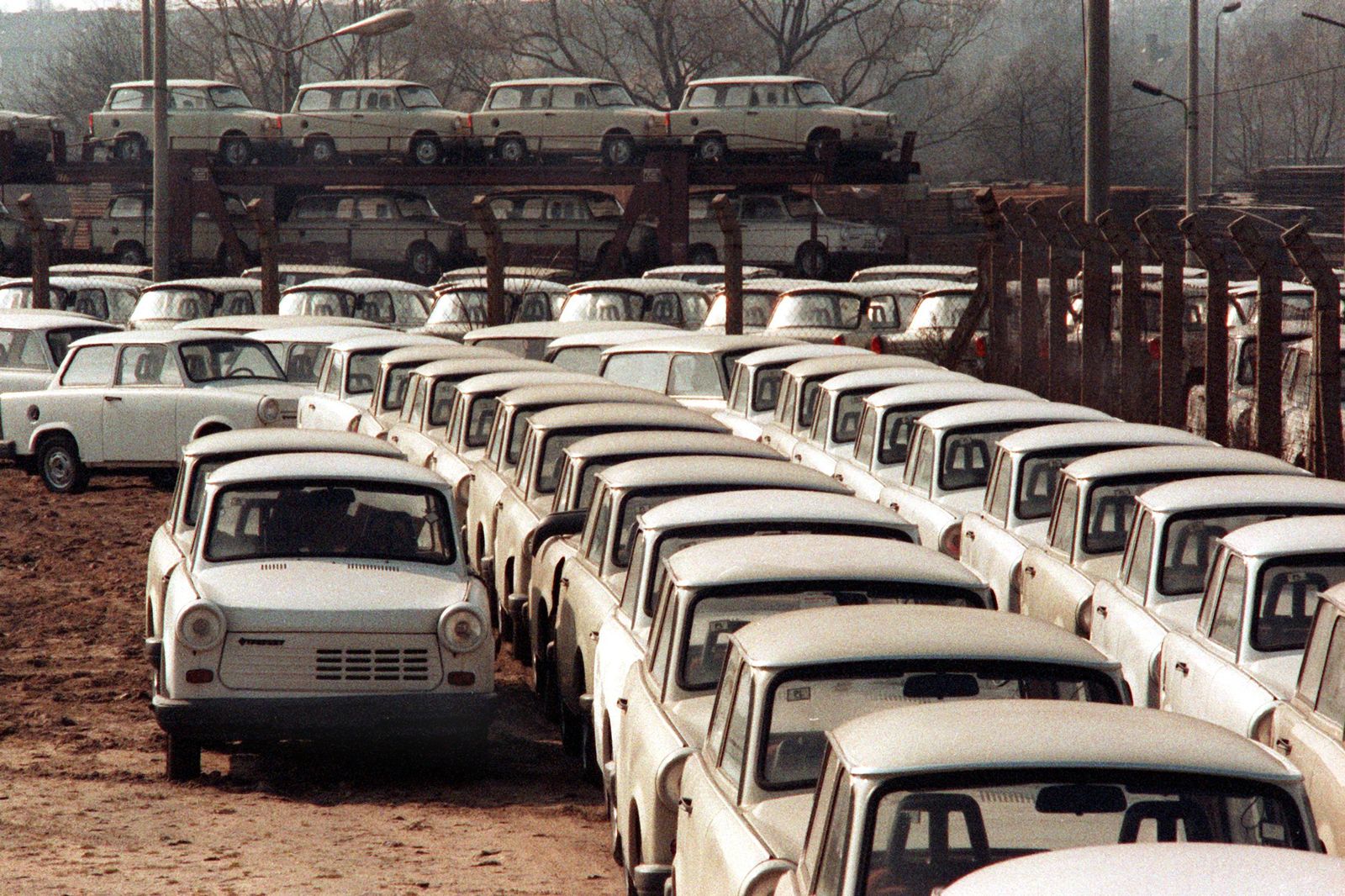 The Trabant was a favorite butt of jokes in communist East Germany.