For more than a year, the people of Föhren, a small town in the wooded Eifel hills of western Germany, wondered who was going around stealing shoes from their doorsteps and garden terraces at night. Well over 100 muddy hiking shoes, wet Wellingtons, steel-capped workman's boots, flipflops and old slippers went missing. 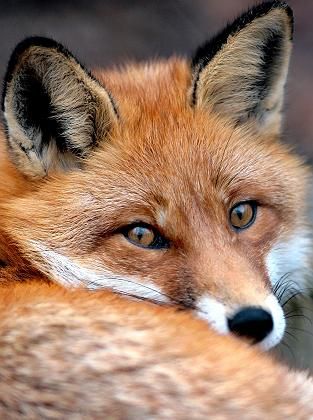 The mystery has now been solved after a forestry worker discovered an Imelda Marcos-scale collection of footwear in a fox's den in nearby woods.

The bushy-tailed culprit, believed to be a vixen with a family of cubs, is still at large, and locals have two explanations for her kleptomania. Either she amassed them as toys for her children, or she simply likes collecting shoes, or both. So far 120 stolen shoes have been retrieved.

"She's clearly got a thing about shoes," Rudolf Reichsgraf von Kesselstatt, the local count who lives in Föhren Palace, told SPIEGEL ONLINE. "We found 86 shoes in the den and a further 32 in a nearby quarry where they like to play. That includes 12 or 13 matching pairs of shoes."

"The shoes may well be intended as toys for the cubs because there are bite marks made by little teeth on the shoelaces," he continued. "It's impressive that she found the time to steal them in addition to getting food."

Count von Kesselstatt had the retrieved shoes laid out in the palace on Wednesday so that the townsfolk can come and collect them.

The case has made local headlines but so far the media hasn't come up with a name for the vixen -- given her obsession, Imelda would appear to be the most suitable one. So far she hasn't been caught in the act, and the people of Föhren seem content to leave her in peace.

"She's probably got more shoes in the den, we didn't want to venture in any further because she's still living there and we don't want to kill her, especially given that she's got cubs," said von Kesselstatt. "People should simply make sure they take their shoes in at night."

That is sound advice because Imelda is still at it with a vengeance, presumably to replenish her depleted collection. "More shoes have gone missing in the last few days," said von Kesselstatt.