Question: You have a reputation as something of a lone wolf who doesn't look for external validation in the form of awards. And yet here you are at the Berlinale, heading a committee which is going to judge the competition. What's going on?

Herzog: I admit I had to be kind of persuaded to do this. But I see a lot of sense in taking part. Firstly, I thought it was right to return to the Berlinale with a real duty, as a working member of the festival. (Editor's note: When Herzog last appeared at the festival in 1992, his film "Lessons of Darkness" triggered a furious reaction from the audience .) Also, I do believe it makes sense to give awards to films. Last year a young female director from Peru, Claudia Llosa, won the Golden Bear for her film "The Milk of Sorrow." I believe the award is extremely helpful for this young filmmaker. When I was in Peru not long ago, I saw how it has somehow translated into a certain pride for an entire nation. Of course, the other side of the coin, as I've always said, is that films do not really need awards. Prizes are much more something for the agricultural fair, something you give to the best milk cow.

Question: Talking about young filmmakers, you set up the Rogue Film School to inspire beginning directors. What was the motivation behind that?

Herzog: Over the last 25 years or so, an increasing number of young people have come to see me as some sort of point of orientation or hope, and they come at me in enormous numbers. When I gave a lecture at the Royal Festival Hall in London, which has a capacity of 3,000, it was sold out in 35 minutes. I had the feeling I had to create some sort of organized response to that. Also, I know I have something I can pass on. It's not technical things, of course -- that's something you can learn at the local film school. It's more a different spirit, a rogue, guerrilla style of filmmaking, including the notion that as a filmmaker you have to read, read, read. I give students a mandatory reading list.

Question: Why do you think young people are so attracted to you?

Herzog: I think it is because I have somehow managed, against all the odds, to make film after film -- and outside the established film industry, of course. I even managed to wrestle films away from the claws of the devil himself. And I always made the films I really wanted to make. That's a sign of hope for people. Yet, in a way, my films are all mainstream movies, albeit mostly in a hidden, secret way. But, for example, "Aguirre, the Wrath of God" was made almost 40 years ago and has become part of the mainstream. People have understood more and more that I'm not the maverick -- the rest of the world is maverick. I'm not eccentric. I occupy the center and all the rest is bizarre and eccentric, but not me. I'm clinically sane. I think I have much more sanity than the entire film industry in the US, for example.

Question: You had a famously tempestuous relationship with the actor Klaus Kinski, with whom you made several films in the 1970s and 1980s. If you could have changed anything about that relationship, what would it be?

Herzog: It's a difficult question because it was such a complex relationship, but I would say discipline. These special moments occurred when you had his discipline combined with my discipline, and we would always have the finest results. Otherwise, it was just a struggle to domesticate the wild beast. But that was okay, too -- it also was a certain joy and gave good results.

Question: Your classic films "Aguirre, the Wrath of God" and "Fitzcarraldo," both of which star Kinski, involve a struggle against nature, something that is a hallmark of many of your films. Why do you keep returning to this theme?

Herzog: It's not always a struggle; that's not completely correct. But, in a way, it is a distant echo of how I grew up in the Bavarian mountains without the presence of technological civilization. I did not see movies until I was 11, I made my first telephone call when I was 17 and I still don't have a phone. I function better in the jungle in Amazonia or Antarctica or Alaska or the Sahara desert. An artificial environment like a studio has never attracted me. I could work in a studio, but I would never really feel at home.

Question: Your films often blend fact and fiction. You have made documentaries with fictional elements and features based on real events. Why is that?

Herzog: Facts per se are not so interesting for me. Facts do not illuminate; they create norms. The Manhattan phone directory has 4 million entries which are factually correct, but as a book it doesn't really illuminate you. I've always said we have to look beyond realism, beyond facts. We have to dig into a deeper stratum of truth which is somehow deeply inherent in cinema but which is very hard to find and to create. I'm looking for moments that are somehow illuminating. In some of my films, I hope there are a few moments where you feel almost illuminated, like in a state of ecstasy, stepping out of yourself, beyond yourself and perceiving something which is only, in the case of cinema, possible in collective dreams.

Question: Does that mean you lie to the audience?

Herzog: Through imagination, stylization and invention, we become much more truthful. Take, for example, my 1992 film "Lessons of Darkness," which featured the fires in Kuwait after the Iraqi army set the entire country on fire. It begins with a quote from the French philosopher Blaise Pascal: "The collapse of the stellar universe will occur, like creation, in grandiose splendor." What a wonderful sentence! Of course, it is not Pascal -- I invented it. Pascal couldn't have said it better himself, let's face it. To those with the mind of accountants, this looks like a fake. But ultimately it is not a fake because I elevate the audience onto a very high level before they have even seen the first image of the film, and you are stepping into this film with a different level of preparedness. In this respect, even though the quote is invented, it is not intended to deceive or mislead or defraud you. It's exactly the contrary: to fill you with a certain awe and to prepare your soul for something that has never been seen in the history of humankind. So it is not a lie, it is an intensified form of truth.

Question: You have said that your books -- such as 2004's "Conquest of the Useless," which is based on the journal you kept while filming "Fitzcarraldo" -- will outlive your films. Why is that?

Herzog: In my opinion, there's more substance in my prose and my poetry than in all my films together. Writing is a more direct way of expressing yourself because, in cinema, you always have finances, organization, actors, technical apparatus and all that stuff coming in between.

Question: Is it important to you that people are still watching your films and reading your books in 100 years?

Herzog: No. I couldn't care less about posterity -- because I won't be around anyway. 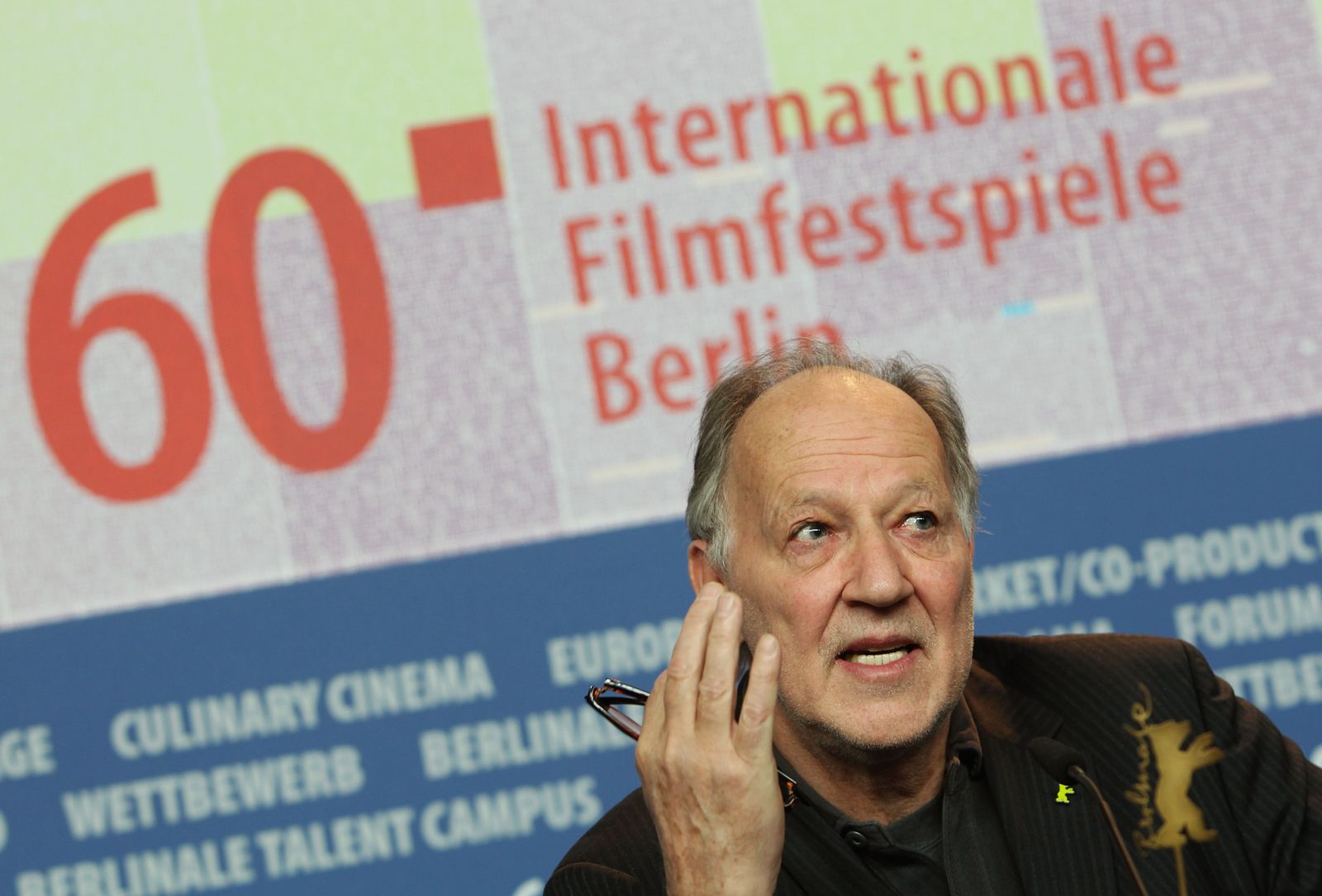