Rui Pinto has been sitting in investigative detention in Lisbon for almost six months. Soon, a review of his incarceration will be carried out to determine if he will be allowed to leave prison. Pinto, who for years went by the alias "John," was the crucial informant behind Football Leaks. Starting in 2016, he began supplying DER SPIEGEL with confidential documents out of the world of football and DER SPIEGEL shared that information with its partners in the journalist network European Investigative Collaborations (EIC). Some 800 investigative articles have resulted.

We see Pinto as a whistleblower. Despite personal risk, he has been decisive in revealing wrongdoing and shortcomings. The Portuguese football club Sporting Lissabon and the sporting rights agency Doyen Sports, however, see Pinto as a cybercriminal, with Doyen also accusing him of attempted blackmail. Both accusations come from the year 2015, but it was only in 2019 that Portugal obtained a European arrest warrant. Pinto was taken into custody in Hungary and extradited to Portugal on March 21. Pinto denies the accusations.

On several occasions in recent months, DER SPIEGEL has requested permission from the Portuguese authorities to interview Pinto, but all attempts have been rejected. His French lawyer, William Bourdon, is in constant contact with Pinto. In an interview with DER SPIEGEL, he speaks about the conditions of Pinto's imprisonment and about the arguments he intends to use to secure his client's release.

DER SPIEGEL: Mr. Bourdon, your client Rui Pinto has been imprisoned in Lisbon for almost six months now. Why have no charges been brought against him yet?

William Bourdon: That is a specificity of Portuguese law. The duration of custody is not a constituent, in contrast to what other European legal systems are familiar with. But it is indeed uncommon to hold someone in detention for that long without a formal charge. In addition, it completely contradicts what is expected and requested by European Parliament, the European Commission and the civil society as a whole. The consensus is that protections for whistleblowers must be increased.

DER SPIEGEL: The arrest warrant executed against Pinto pertained to events that allegedly took place in 2015. Is there anything new from that investigation?

Bourdon: We don't know. The investigations are more or less secret in Portugal. Here in France, you have more access to the files. I can easily obtain a copy of the file, but there is a level of restriction in Portugal which does not facilitate the lawyer's work.

DER SPIEGEL: The Portuguese media has reported that Pinto has now been accused of other crimes. He is said to have hacked political officials and high-ranking law firms and stolen data from them. What do you say to these allegations?

Bourdon: I don't have any details for the moment about these allegations. When European prosecutors decided to strengthen their cooperation through this new tool called the European arrest warrant, they decided that the "Principle of Speciality" was to be respected. That means if you issue a warrant, it can only refer to specific details, not to general accusations as a whole. You must conduct the investigation on this basis. In Pinto's case, the initial arrest warrant was very narrow. We wonder if the Portuguese authorities knew about the other accusations from the beginning. If that's the case, why did Portugal not incorporate these facts in the initial warrant? There is a suspicion that the Principle of Speciality may have been violated.

DER SPIEGEL: Is Pinto speaking with the Portuguese judiciary or is he choosing to remain silent?

Bourdon: To my knowledge, there has been only one quick interview. We are expecting a more complete interview and that he be notified of the charges against him. He has reiterated his willingness to cooperate. He has opened the door, but Portuguese authorities have not gone through it yet. This could bring us to a historical paradox: There are huge fines that have already been paid, and that will be paid in the future, by players, agents and clubs. There are inquiries for the next several weeks and months, disclosing criminal activities in the football world. And at the same time, Pinto is still in jail. Suspects whose potential criminal activities should be investigated by Portugal have been spared. That is absurd.

DER SPIEGEL: What are the conditions of Pinto's imprisonment at the moment? Does he have any contact with fellow prisoners?

Rui Pinto supplied DER SPIEGEL with myriad documents related to the dark side of football.

Bourdon: No, he is isolated, but he's treated well by the guards. Last time we visited him, he was okay. Even if Pinto always shows the same courage that characterizes him, you can see tiredness and anxiety in his eyes. He feels that his situation is unfair. I know that he's also supported by other detainees. He can't see them, but they shout words of support.

DER SPIEGEL: Is there any alternative to keeping him in jail?

Bourdon: Yes, the Portuguese authorities could release him under strict legal mandates that he not be allowed to leave Portugal and must report to the judge. There's absolutely no risk, as there sometimes is with other criminal suspects, that Pinto will intimidate anyone or that he could jeopardize or damage the investigation. In Germany, France, England or Italy, Pinto would never have been sent to jail based on the accusations against him.

DER SPIEGEL: In January, French prosecutors wanted to place Pinto into a kind of witness protection program. Do you know if that possibility is still under consideration?

Bourdon: No, that is not a topic on the table for the moment. It had been envisaged, but then everything collapsed because of the arrest.

DER SPIEGEL: Thus far, neither the French nor any other investigators have visited Pinto in prison in Lisbon?

Bourdon: No. There was a visit from Russian authorities, who were trying to incriminate him. But Pinto refused to cooperate with Russia.

DER SPIEGEL: Even as Pinto sits in investigative detention due to accusations made against him by Doyen Sports, legal proceedings against Doyen, focused on tax evasion and money laundering, have been initiated in Spain. According to the complaint, Doyen failed to submit financial statements of any kind and only began doing so retroactively as of 2015, the judge has said, because of Football Leaks. Does this case have a bearing on Pinto's situation? 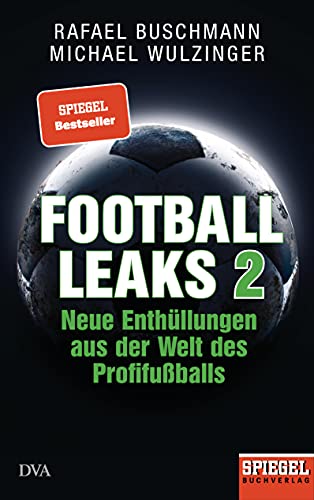 Bourdon: Anything which helps demonstrate that the information provided by Pinto is considered extremely valuable by European judges is welcome. And it's good news that Spain is moving forward, because initially there were indications that they were being timid on this case. Now, things are moving quickly.

DER SPIEGEL: Many people have voiced doubts as to whether a hacker can actually be considered a whistleblower. Did Rui Pinto acquire the Football Leaks material through hacking?

Bourdon: It's not the duty of a lawyer to clarify the methods of his client. Football Leaks comes from various sources, not only Pinto. As a lawyer, I'm not going to distinguish what comes from hacking and what not.

DER SPIEGEL: Might this question have a bearing on the proceedings?

Bourdon: Yes, of course. To be charged or prosecuted for hacking can be an obstacle to being considered a whistleblower. But we should not forget that these legal questions are extremely new and are only being defined now. One example: Antoine Deltour, the informant behind Luxleaks, was charged and even convicted twice for illegally accessing a computer system. In the end, though, he was acquitted because the Luxembourg judge ruled that he fulfilled the condition required by the European Court of Human Rights to be considered a whistleblower. Another example is the Panama Papers whistleblower: Thanks to him, more than a billion euros have been collected by various treasuries. But as far as I know, he was not an employee of the Panama-based companies in question. On the legal stage, the next steps would be to expand protections for whistleblowers, whether they are hackers or not, to include those who reveal significant threats to the public interest. Since September 2016, French law has allowed exactly that, in certain cases.

DER SPIEGEL: What does the immediate future hold for Pinto?

Bourdon: We are expecting that he will be notified of the charges against him. If there is no charge, he will be released. There might be an Eurojust prosecutor visiting Portugal. We lawyers will initiate contact with European bodies and the special rapporteur of the United Nations dedicated to whistleblower protection. In the coming weeks, we will certainly also formally request the Portuguese to release Rui Pinto.

DER SPIEGEL: Do you think there is a chance that he could be freed by the end of September?

DER SPIEGEL: Mr. Bourdon, thank you very much for this interview. 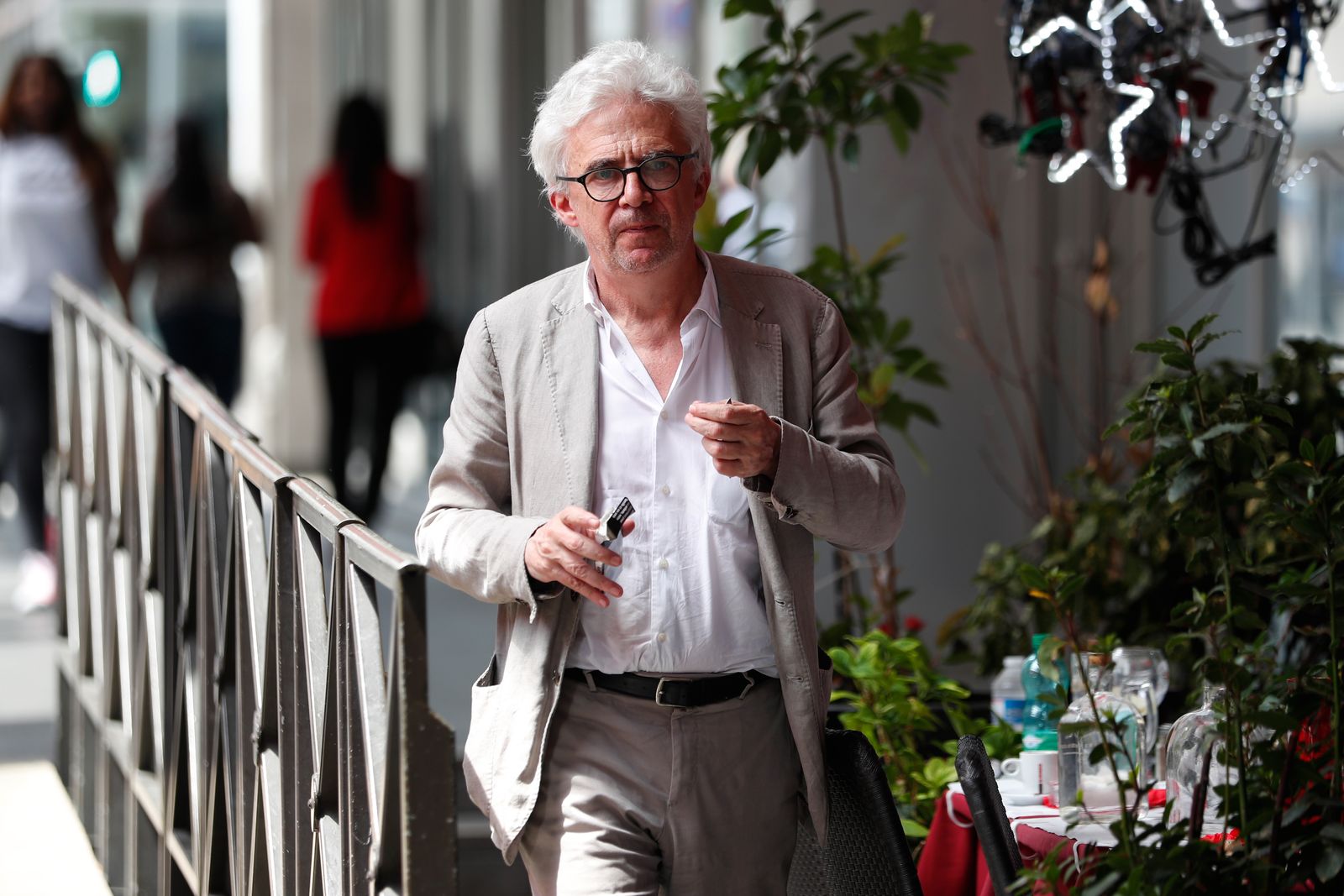 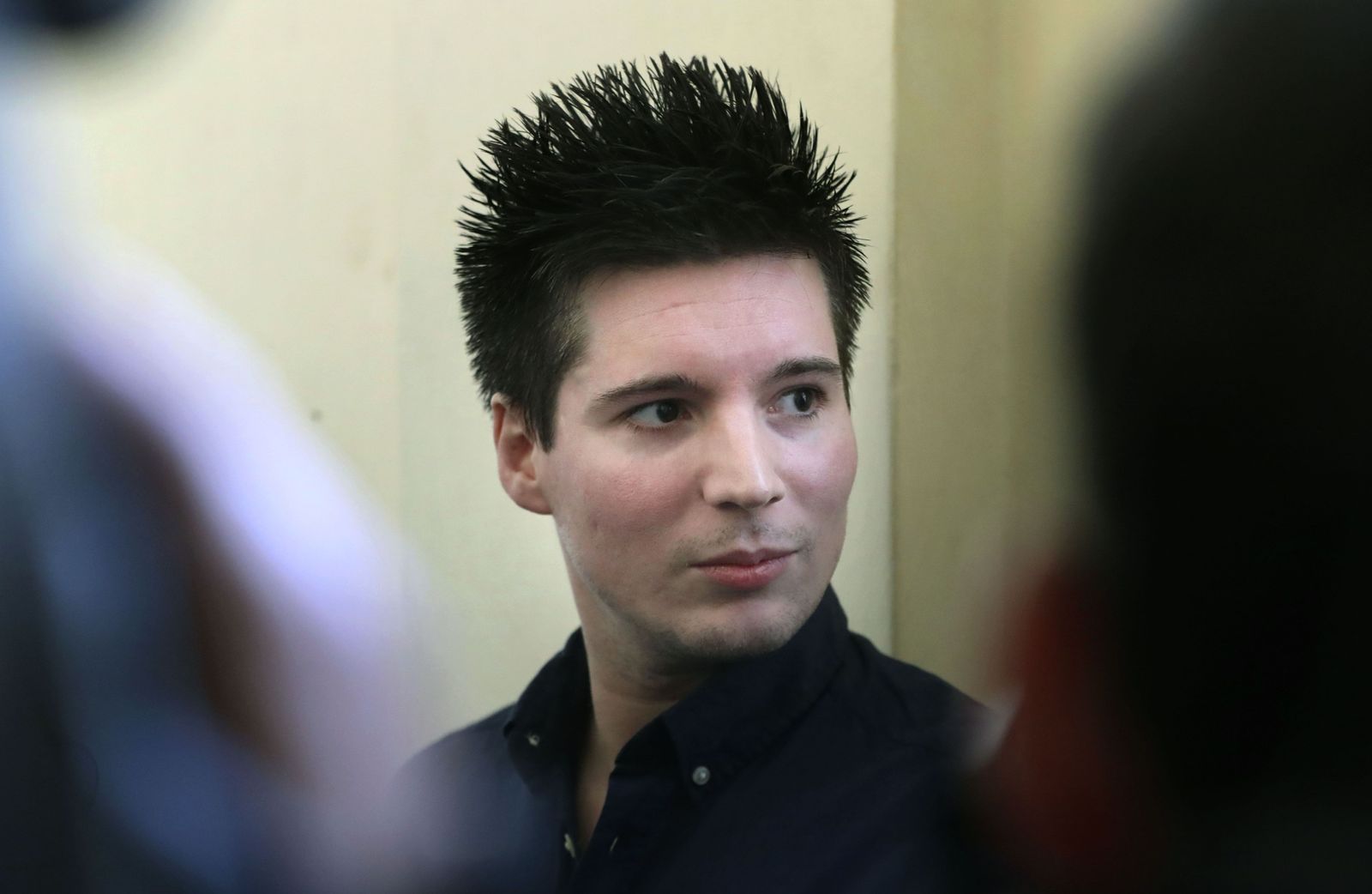 Rui Pinto supplied DER SPIEGEL with myriad documents related to the dark side of football.