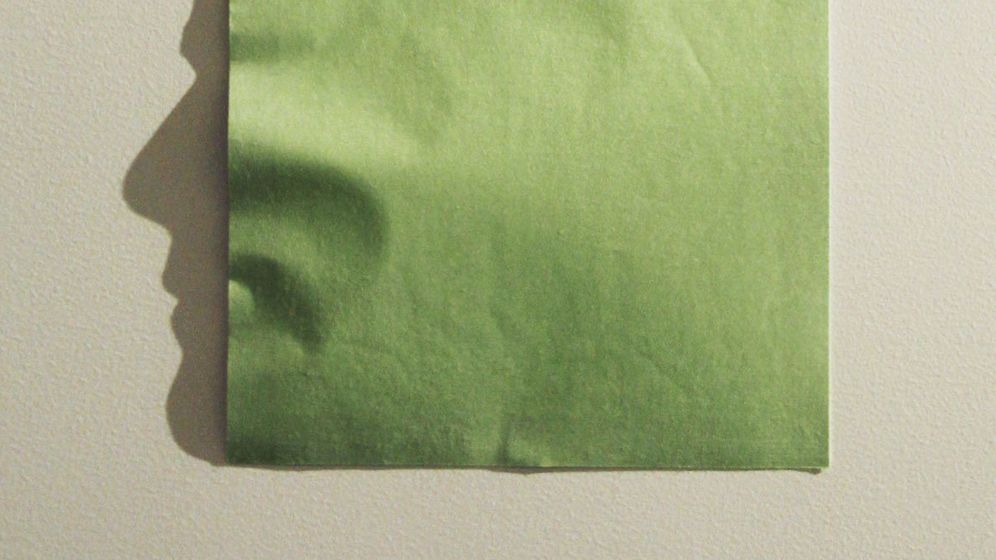 Creating silhouette portraits by cutting out profiles of people in black paper has been an art form for centuries. But using shadow as a medium to create the same effect is something new.

That's exactly what the Japanese artist Kumi Yamashita, 44, does. She bends origami paper into such a form that the shadow it casts creates a profile. Although she claims she can render anyone in her shadow portraits, she admits that beards are tricky to recreate. At the request of SPIEGEL ONLINE, she even created an instantly recognizable portrait of German Chancellor Angela Merkel.

Originally from Maebashi, north of Tokyo, Yamashita has been living and working in New York since 2006. She began drawing and making sculptures while still at school, and she went on to study art in Seattle and Glasgow. She has exhibited in San Francisco, Singapore and Tokyo, among other places. Although she left her homeland almost 30 years ago, she says her art is still very Japanese.

Yamashita explained to SPIEGEL ONLINE how she creates her shadow portraits and her attitude to different kinds of light:

"It usually takes half an hour, depending on the shape. I use very subtle force, very slowly. You have to be careful not to bend it too much. It's very fragile work; if anyone touches it, that's it.

I started in early 2000 and have been doing it on and off since then. Every different face is made from the same perfect square color paper, so the origami paper is the essence, the origin of shape. That's fascinating.

I don't usually start with ideas. I love visually beautiful things, things that are nice to look at. And, afterwards, I think about the meaning.

There are more challenging profiles, beards are difficult. Merkel wasn't hard to do, it took about an hour and I enjoyed making it.

For an exhibition in Michigan in September, I am making 100 faces of the residents of the city. I haven't made my own face; I don't necessarily enjoy looking at myself.

I moved out for the first time when I was 16. I went to high school in the US. I go back (to Japan) once a year to visit, but I haven't been back to live (there).

I wouldn't deny my work is Japanese. The longer I am away, the more I notice a Japanese tendency in my work -- simplicity, the tendency to reduce things. I am drawn to temporary things. The appreciation for my own country grows.

I love natural light, the shadow of trees on the ground. I love looking at the orange glow from a farmhouse in the countryside. I love the light on the hills right before the sun sets at the end of summer.

In Asia, we use very white-bluish fluorescent light. I spoke to lots of people about this, and many said they want it very bright to feel more hopeful. That's a theory I hear from many sources. In many houses, there is fluorescent light even over the dining table. Fortunately, my home didn't have flourescent light. That's how they were brought up. It's all they had as kids. They don't question it.

They don't want to live in the dark, especially after the war. During the war, you didn't want bright light. A lot has changed since before and after the war.

I used to play music with friends, when I wasn't working in the studio. I wish that would happen more often. But when I am at home, I am thinking about my work. When I wake up, the first thing I am thinking of is my work. I am not very good at drawing a line.