The Rheinböllen Wildlife Park in western Germany isn't exactly Alcatraz, but getting out isn't easy either. The word around the troughs at mealtimes is that you need to get through two fences to reach the freedom of the surrounding forest.

Three kangaroos made it at the weekend with the help of a young fox and a wild boar that were trying to break in, an official said on Tuesday.

The boar made a hole in the fence surrounding the park and the fox dug its way under another fence into an enclosure where the kangaroos were kept.

The marsupials, whose names are Jack, Mick and Skippy, didn't hang around. They hopped off into the night and managed to get 15 kilometers (9 miles) from the park when a passerby spotted them. The last one was caught late on Monday.

"A very fit policewoman hurled herself onto the kangaroo. We've got them all back now," the zoo's deputy manager Michael Hoffmann told SPIEGEL ONLINE. "They're not aggressive at all. We were worried they might get run over."

"At the moment there are a lot of young foxes about looking for food," Hoffmann said. "And wild boars try to get in here too because they can dig around our meadows and don't have to worry about getting shot."

Hoffmann said he couldn't rule out further breakouts. "It would cost too much to put a stronger fence up." 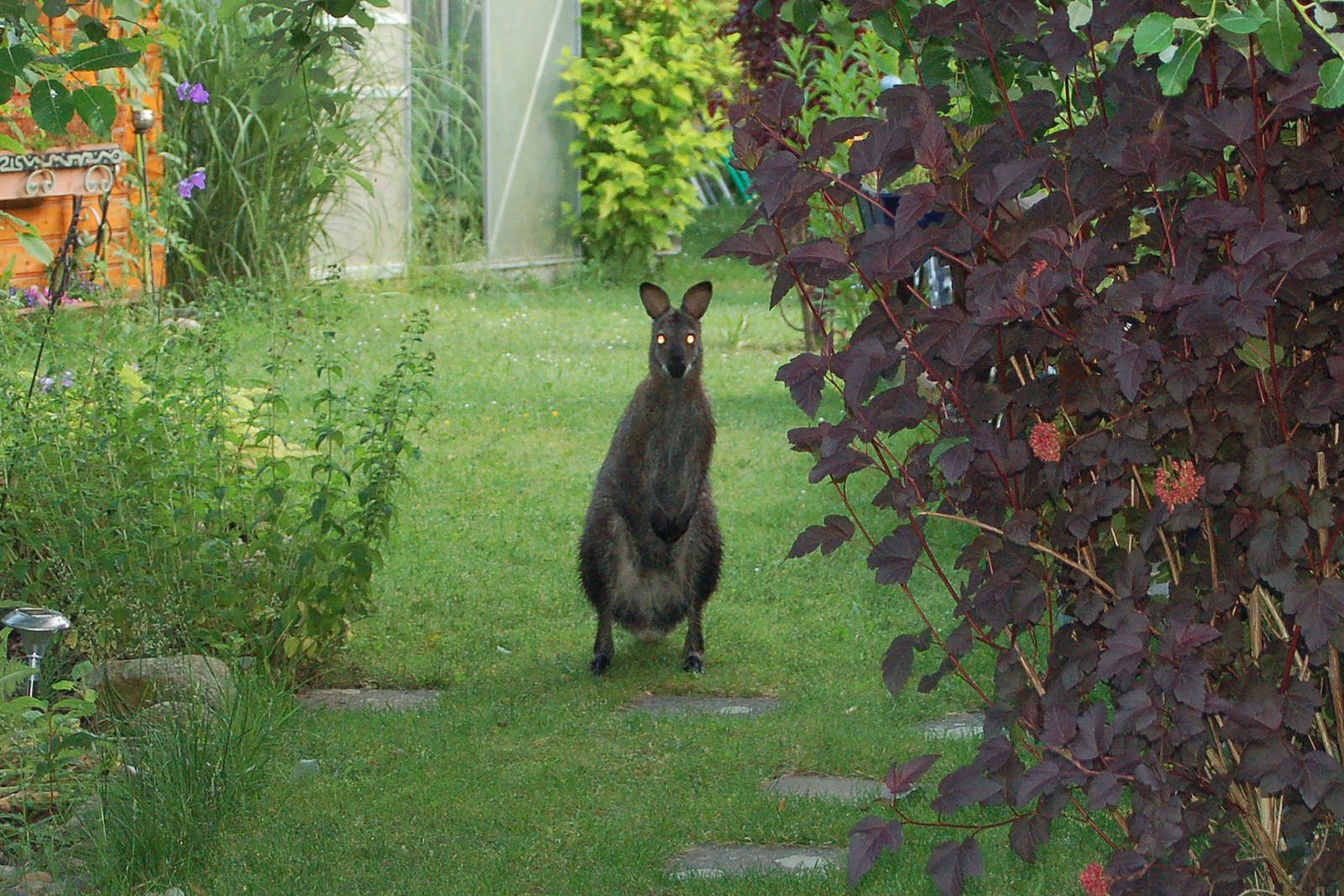 Escaped kangaroos have been keeping the police busy. This one was sighted in a garden in Lauenhagen, northern Germany, in June.