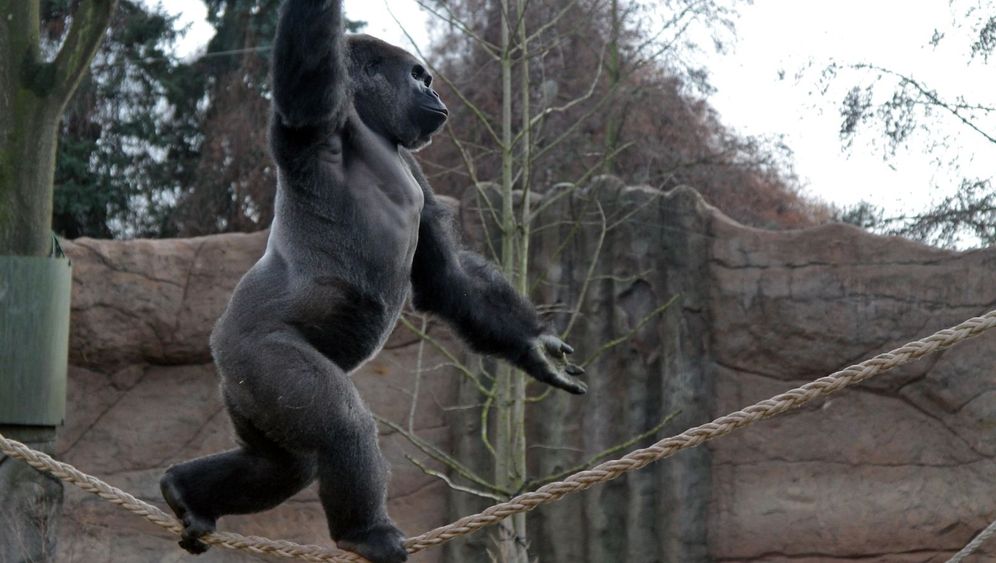 Expectations placed on Kidogo weren't particularly high. The 12-year-old silverback was brought to the Krefeld Zoo in April from his home in Denmark to serve as a male companion to Muna and Oya, two female gorillas. The hope is that the trio will expand, and that the zoo's lowland gorilla enclosure will soon be bustling with baby apes.

But King Kodo, as Kidogo has come to be known, appears to have developed a fondness for the spotlight as well. To the amazement of zoogoers, the gorilla has demonstrated an unusual degree of agility -- and has even taken up tightrope walking.

"He is unbelievably athletic and acrobatic," says Petra Schwinn, director of public relations at the zoo in western Germany. "He is still young and playful. He really demonstrates a strong degree of joie de vivre."

Schwinn says that Kidogo has performed his tightrope heroics a number of times, though certainly not every day. Indeed, news of the gorilla's special talent only began to spread in recent days because a professional photographer was able to capture Kidogo on the rope in mid-December. Schwinn then sent out the image as part of a holiday greetings email to friends of the zoo. Since then, she has been busy answering press inquiries from around the world.

She also says that Kidogo has performed a number of other tricks that make him rather unique. In the spring, despite exhibiting signs of homesickness after his move, he sprinted into the enclosure after a heavy rain and did a series of somersaults. He also jumped elegantly to the ground, arms calmly at his sides, from almost four meters (13 feet) up in a tree.

"For a gorilla, his behavior is really unusual," Schwinn says. "You can't say at all that he is a normal animal. We are very excited about it."