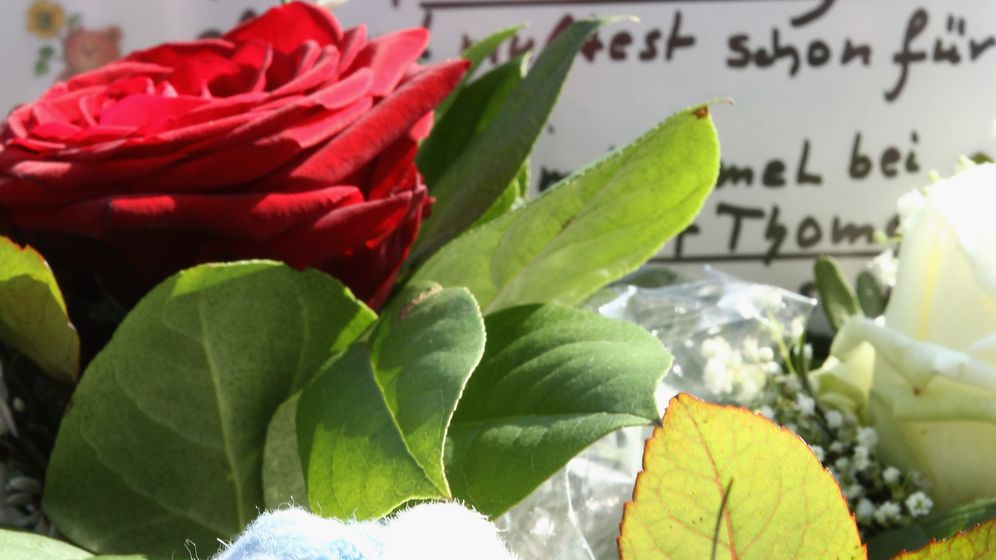 Thomas Ziolko studies the photographs, drawings and plaster models arrayed on the table in front of him. There's a languid creature rolling around on its back atop a gravestone, a bear with a toilet brush in its jaws and what appears to be a pile of fur with a lopsided grin on a pedestal. Ziolko looks somewhat at a loss.

Ziolko is chair of the "Friends of the Tierpark Berlin and the Berlin Zoo," an association that supports both of the German capital's zoos: the "Tierpark," or "animal park," in the former East Berlin, and the zoo in the former West. In early November, the group announced a competition to design a statue of Knut, the Berlin Zoo's world-famous polar bear who died earlier this year. It will be Knut in bronze, a monument to a star of the animal kingdom, slated to be unveiled at the zoo in the spring, on the anniversary of Knut's death. Close to 30 people submitted designs.

When asked about the submissions, Ziolko gives an ambivalent, "Yeah, the designs."

One 66-year-old retiree sent a photograph of an oil painting he did himself, adding the comment, "I have attended several painting courses at a community college." One sculptor suggested €15,000 ($20,000) was too small a budget for the statue -- his design would cost €45,000, plus tax. Just a few days ago, another artist rolled his enormously heavy submission right into Ziolko's office: a Knut made entirely of welding rods. When Ziolko took a closer look at the sculpture, he discovered the shapes of a nose, two eyes and a mouth worked into Knut's upper left leg. It was the face of Thomas Dörflein, Knut's keeper, the artist explained. But Ziolko suspects it's more likely the face of the artist.

Ziolko, 39, studied business and says he's by no means looking to become an amateur zoologist, even if his desk does happen to be located in an administrative building in the city district of Friedrichsfelde, just behind the Tierpark. He wears a pinstripe suit, not a zookeeper's overalls, and works as a fundraiser and something like a lobbyist on behalf of the city's zoos.

The proposed designs for Knut's memorial are laid out on a table between the mailroom and the employees' kitchen. Ziolko knows how high expectations are for the statue. Knut's untimely death only served to make the young polar bear even more popular. It's the Jim Morrison effect, Knut as Cobain.

Many of Knut's fans feel the memorial has taken too long. A marble plaque with an imprint of a bear's paw already adorns Dörflein's grave, honoring the zookeeper who raised Knut by hand after the bear's mother rejected him. Meanwhile, the city's natural history museum is interested in taxidermically preserving Knut's hide and putting it on display. Indeed, it appears Berlin will soon have not one but three Knut memorials, which Ziolko finds excessive.

At the moment, Ziolko's behind the wheel of his organization's van, driving through the Tierpark. Riding along in the backseat is Olaf Lange, who studied public management and works for the same organization. Lange is wearing a burgundy-colored two-piece suit, and both men peer out through the vehicle's windows. There's no place less glamorous than a zoo in the December rain. The view out the window alternates between mud, bare trees, a peacock, zookeepers in overalls, a freezing flamingo and more mud.

Ziolko pulls up in front of an enclosure. A polar bear roughly the color of dried tobacco is lying on the rock inside. This bear is more like Meat Loaf, the aging hard-rock musician, than Jim Morrison, too old to die young. Ziolko explains that, to be famous, an animal needs some kind of story. Bobby the Gorilla, the ape from the jungle, was Berlin's first animal star well before World War II. Knautschke, a hippopotamus, achieved fame in the 1950s for having survived the war. Heidi, the opossum from Leipzig whose crossed eyes skyrocketed her to stardom, evoked viewers' sympathy.

When it comes to Knut, you can sum up his story like this: Adorable baby bear is rejected by his mother, media reports claim there is a proposal to put him to sleep, the public catches wind of the alleged plan, a city is outraged, the adorable baby bear is saved.

Asked to describe Knut's personality, Ziolko says, "I didn't have direct contact with the animal." But he sees in Knut a symbol for the conservation of biodiversity and an ambassador for climate protection. That's the part he prefers; that's what he calls "Knut's true significance."

As he got older, Knut grew difficult. He liked snacking on croissants and was a complicated charge in other ways, as well. He started taking an interest in female polar bears and liked to roll around in the sand, which wasn't good for his fur. Knut couldn't care less what people thought of him. He just grew wilder -- and more spoiled.

The Tragedy of Being Born Cute

Thomas Ziolko steers the van past a group of moose and says he's critical of all the Knut hype. There are gummy bear Knuts and porcelain Knuts, Knuts on stamps and Knuts on bankcards. Journalist Tom Kummer published an "interview" with the polar bear and there are several Knut films, as well as German pop singer Frank Zander's song "Hier kommt Knut" ("Here Comes Knut").

Ziolko finds it all rather unfair to those zoo denizens who aren't necessarily born cute. He points out a bearded vulture, then stops in front of a fence. Behind it stands a lazy herd of scraggly bovines, rain dripping from their coats. "Ah, the bison!" he says. The bison lift their heads, chewing all the while. Frankly, they look idiotic, and their coats stink. Ziolko, now sounding like a band manager, enthusiastically explains that the bison are extremely popular: "People know bison from movies about Indians."

On March 19, 2011, Knut collapsed in his enclosure's pool and drowned at the age of four. Pathology experts claim he had a seizure caused by encephalitis. His death brought an end to his career like that of so many stars who had rocketed to fame too young. It was a traumatic day for the polar bear's fans. Someone even suggested placing Knut's heart on an ice floe in the arctic as a sign that he would not be forgotten.

Ziolko parks the van. He and the Berlin Zoo will choose the winning design together. But he can already name a few that won't win.