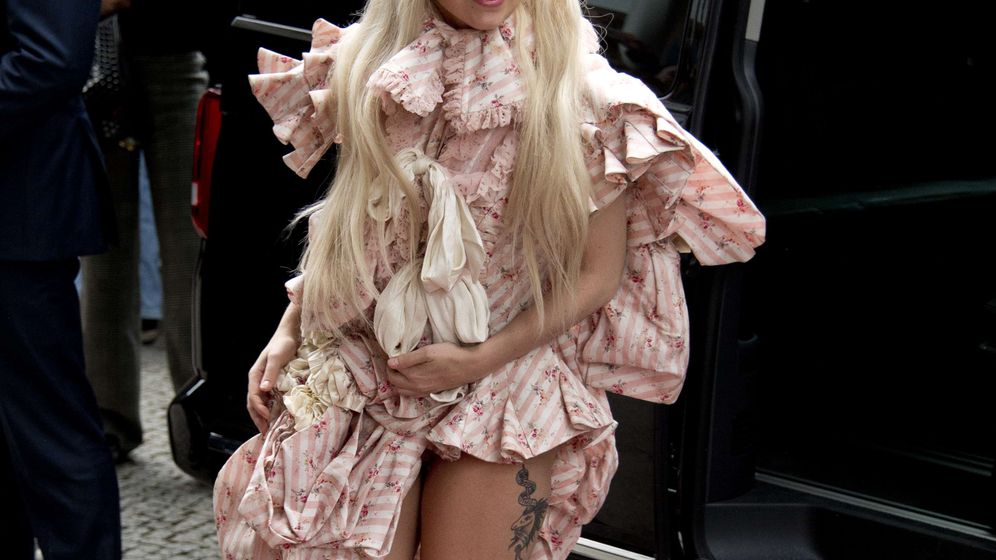 It's the greatest club in the world, a temple to transgression and techno mecca: Berghain, the hedonistic Berlin club housed in an abandoned thermal power station, has managed to maintain much of its underground credibility despite morphing into a global nightlife brand and mass-market tourist attraction. But even Berghain's industrial-sized reputation may not be able to survive this: a Lady Gaga record release party set to take place at the club on Thursday night.

Hosted by the German streaming service AMPYA, the invitation-only event will fete the star's new "Artpop" album. The concert will actually take place at the Halle am Berghain, a venue the club's owners rent out for special performances. Would-be attendees were instructed to submit "a question that you always wanted to ask Lady Gaga." Those with the 50 most interesting questions received tickets to the show, while 10 grand prize winners receive a pair of VIP tickets and a private audience with the artist formerly known as Stefani Germanotta.

It's not news that Gaga is a fan of the club. She visited Berghain when she played the city in 2010, posing for photos among a sea of blonde wigs and latex at Lab.Oratory, the sex club in the basement. Cameras are normally forbidden -- but then so are women.

Berlin's techno cognoscenti have responded to the news she will actually be playing the venue with a collective cringe. "This is sad," German electro star Apparat glumly tweeted about the news. The online magazine Club Planet called the event "the ultimate crime," writing: "Just like Paris Hilton ruined Amnesia in Ibiza, another vomit-inducing narcissist of the fake celebrity world has decided to ruin everything sacred in the scene we know and love."

And at least from an aesthetics-based perspective, the move is disheartening. With its normally fastidious track record of interesting acts -- from out-of-town headliners like avant-garde saxophonist Colin Stetson, who played there Wednesday night, to purist techno residents like Marcel Dettmann and Ben Klock -- the venue is certainly downgrading with this latest booking.

But does the appearance of Lady Gaga shilling her corporate pop really constitute an ideological break? As Thomas Hüetlin pointed out in last week's SPIEGEL, Berlin's nightclubs have become "one of the German capital's greatest and strangest success stories" precisely by successfully commodifying -- and monetizing -- the idea of the underground.

Of the 11 million tourists who visit Berlin every year, a third come for nightlife, according to Berlin's official tourism agency, bringing in a reported €1 billion ($1.4 billion) in annual revenue. Tourists arrive in the city on budget flights and discount buses with near-Germanic precision and check into an organized assortment of Travelocity-approved youth hostels and short-term apartment rentals set at gentrification-level mark-ups. "Yet despite this neatly structured sequence of events," writes Hüetlin, "Berlin manages to sell its theme park of clubs, discos and lounges as a kind of anti-Disneyland."

And isn't that fairly similar to what Lady Gaga is hawking? Her main artistic contribution of note is a knack for ingesting decades of subcultural symbolism and regurgitating it in pop-cultural single servings. Berghain and Gaga each aim for a transgressive, pan-sexual ethos of diversity. Berghain's Little Monsters just happen to be a bit more rarified. And like Lady Gaga, Berghain has its roots in the gay scene but is probably more popular with straight kids from nice families.

Admittedly, the hedonistic extremes of Berghain -- from the sonic onslaught of its world-class sound system, to its subterranean gay sex club, to a drug policy that ranges from permissive to promotional -- have a somewhat singular appeal. Lady Gaga is signed to the megalith Universal Music Group, whereas Berghain grew out of the legendary Ostgut, which was about as legitimately noncommercial as a techno club gets.

But that was then. These days, even if Berghain has maintained a level of integrity that other local clubs have squandered, the club has become a central ventrical of one of the city's major commercial industries. Berghain is already big business. The club might be dumbing itself down on Thursday night, but it's hard to say it's selling out.