A number of large crabs escaped from a box on a German train and not all have been found, police said on Tuesday.

Staff on the ICE high-speed service from Hamburg to Stuttgart noticed that the crustaceans, known as Shanghai Hairy Crabs because of their furry claws, were crawling down the corridor.

"They were able to round up 10 crabs. Others weren't found and remain at large," transport police in the northern town of Hanover said in a statement.

The animals had absconded from a container that toppled over. It was being transported by two Chinese passengers. The crabs, whose bodies can grow as large 10 centimeters -- not including the legs -- are a delicacy in Chinese cuisine.

"The crabs caught were spared the cooking pot," police said. Train staff handed the animals to the police at the next station, Göttingen, where officers placed them in salt water to try to keep them alive.

They were then handed over to the fire brigade which passed them on to an animal expert. Sadly, only four have survived so far, a police spokesman said.

Asked if this means that the ones that got away will be travelling around Germany on an ICE train in the foreseeable future, the spokesman told SPIEGEL ONLINE: "Unlikely. They're probably dead by now." But he can't be sure. 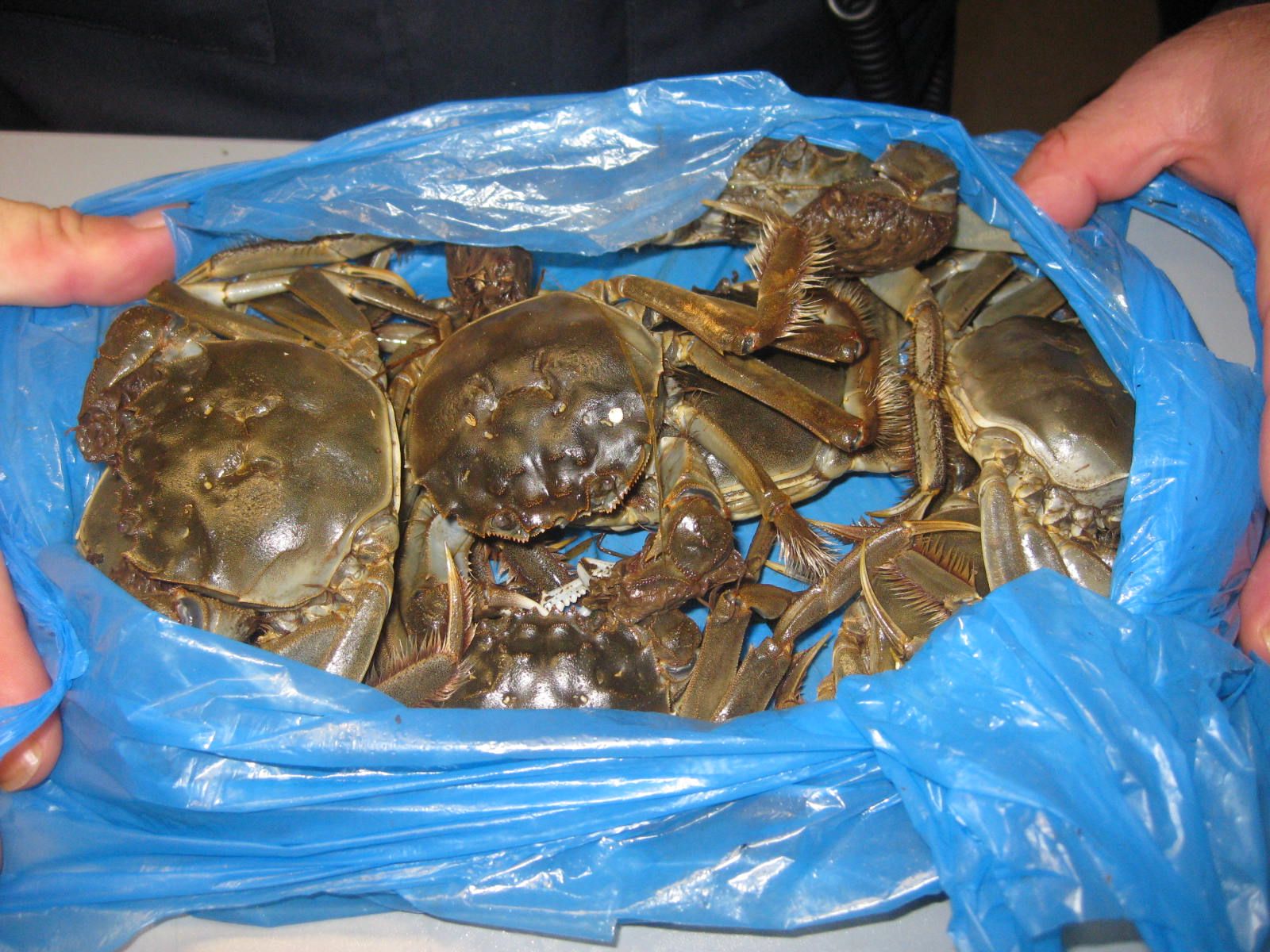 A police handout photo showing the crabs that were rounded up.