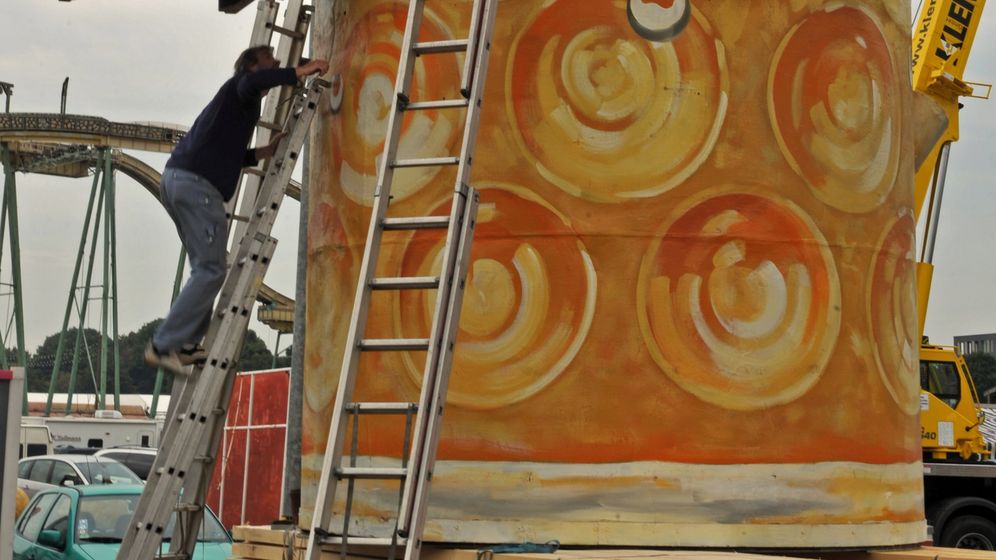 Photo Gallery: Workers Get Ready for a Smoke-Free Oktoberfest

What would Munich's Oktoberfest be without a cloud of smoke hanging in the air? Sloshy, stinky tents, pungent with the smell of a floor covered with stale beer and scraps of food, and the porta-potties set up for the thousands of visitors. It's not exactly the kind of aroma that's going to entice a person to tuck into a roasted chicken and sip from a one-liter "Mass" of one of the world's best beers.

On July 4, voters in Bavaria cast ballots in favor of a statewide ban on smoking that went into effect in August. There is an exception for Oktoberfest until 2011, but organizers want to conduct a test run of the smoking prohibition during the 200th anniversary of the event, which begins next week. Organizers are already worried about the potential for the stench beneath the usual smokey stench.

Ironically, the smell left behind by cigarettes often provided cover for other inevitable odors at a beer festival that runs for nearly three weeks. To fight the putrid smell, some beer tent organizers plan to pour a solution with special bacteria into the floorboards of the tents and other potentially smelly areas, such as the aisles between tables and toilets. They hope that the bacteria, once it seeps into the floor boards, will eat up the offending odors. All that should be left is a subtle smell of soil.

'The Smell Has Gotten Very Bad'

Ricky Steinberg, the proprietor of the tent for Hofbräu, one of Munich's most famous breweries, told local newspapers that he already started testing the bacteria last year, with good results. Without the smoke, owners are fearing for the worst. "You hear from nightclub owners that the smell has gotten very bad," Steinberg told Munich's Merkur newspaper.

The bacteria, called "Elbomex," is produced by the German firm Bavaria, owned by Hubert Hackl. Hackl, who runs a company specializing in commercial dishwashers, has a long-standing relationship with the Oktoberfest.

Elbomex is sold as a tool in rejuvenating soil, yet the company's website also promotes its use in covering up foul smells found near cess pools, wastewater treatment facilities, compost piles and barn stables.

Elbomex will be used in the Hofbräu tent and two others at the fest. Hackl has kept silent on what other tents are using the product, saying instead that they will only speak about it once Oktoberfest is well underway, when visitors can notice for themselves which tents smell better than others.

Oktoberfest runs in Munich this year from Sept. 18- Oct. 4.

9 Bilder Photo Gallery: Workers Get Ready for a Smoke-Free Oktoberfest