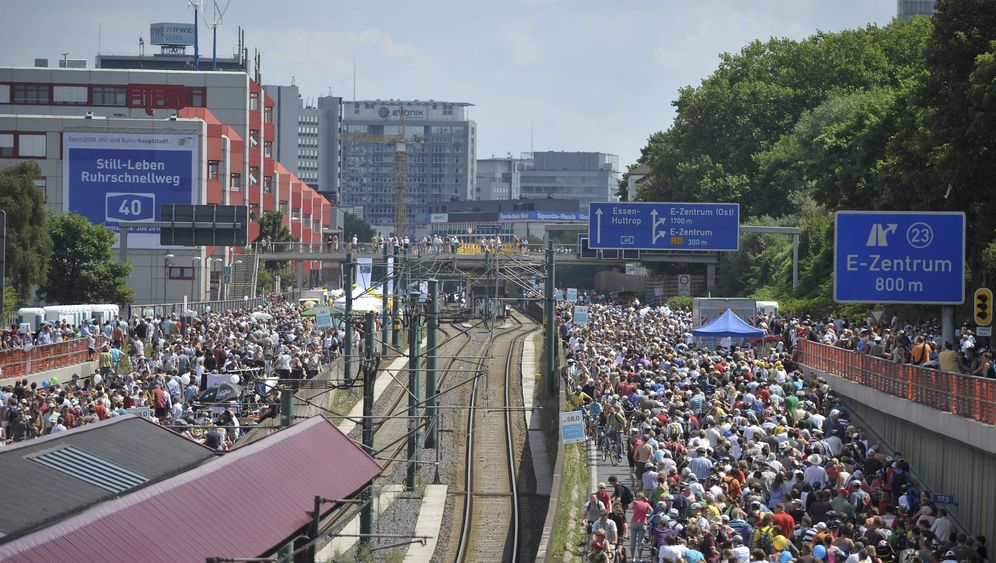 For decades, Germany's Ruhr Valley has been known simply as the "Pott," a not altogether negative reference to the region's decades-long reliance on mining and heavy industry. This year, though, the region is the European Capital of Culture 2010 -- and Sunday saw the Ruhr take another step towards recalibrating its image.

With the closure of a 60 kilometer section of the A-40 Autobahn, one of Europe's busiest motorways, the Ruhr Region hosted a gigantic party throughout the afternoon. Local media estimate that between two and three million people took advantage of the six-hour shut-down, with hundreds of thousands of cyclists and in-line skaters joining the hordes of pedestrians.

The event was named "Still-Leben Ruhrschnellweg" -- "Still Life in the Ruhr's Fast Lane" -- and kicked off on Sunday morning at 11 a.m. Organizers see the event as one of the central happenings during this year's Ruhr 2010 festivities. Fritz Pleitgen, chair of the region's Capital of Culture efforts, says the event had "the potential to be a founding moment for the Ruhr metropolis."

Besides featuring the world's longest picnic table -- the event used 20,000 beer garden tables and 40,000 benches -- community groups entered a lottery to be allowed to perform along the closed motorway. Around 7,000 different groups entertained those who turned up. Some 50,000 helpers were involved in organizing the event.

Ironically, the crowds resulted in traffic jams despite the lack of the usual cars and trucks. Bicyclists and skaters found it slow going in places and police even had to close some of the entrances in the middle of the day. By early Monday morning, however, traffic was flowing freely once again. 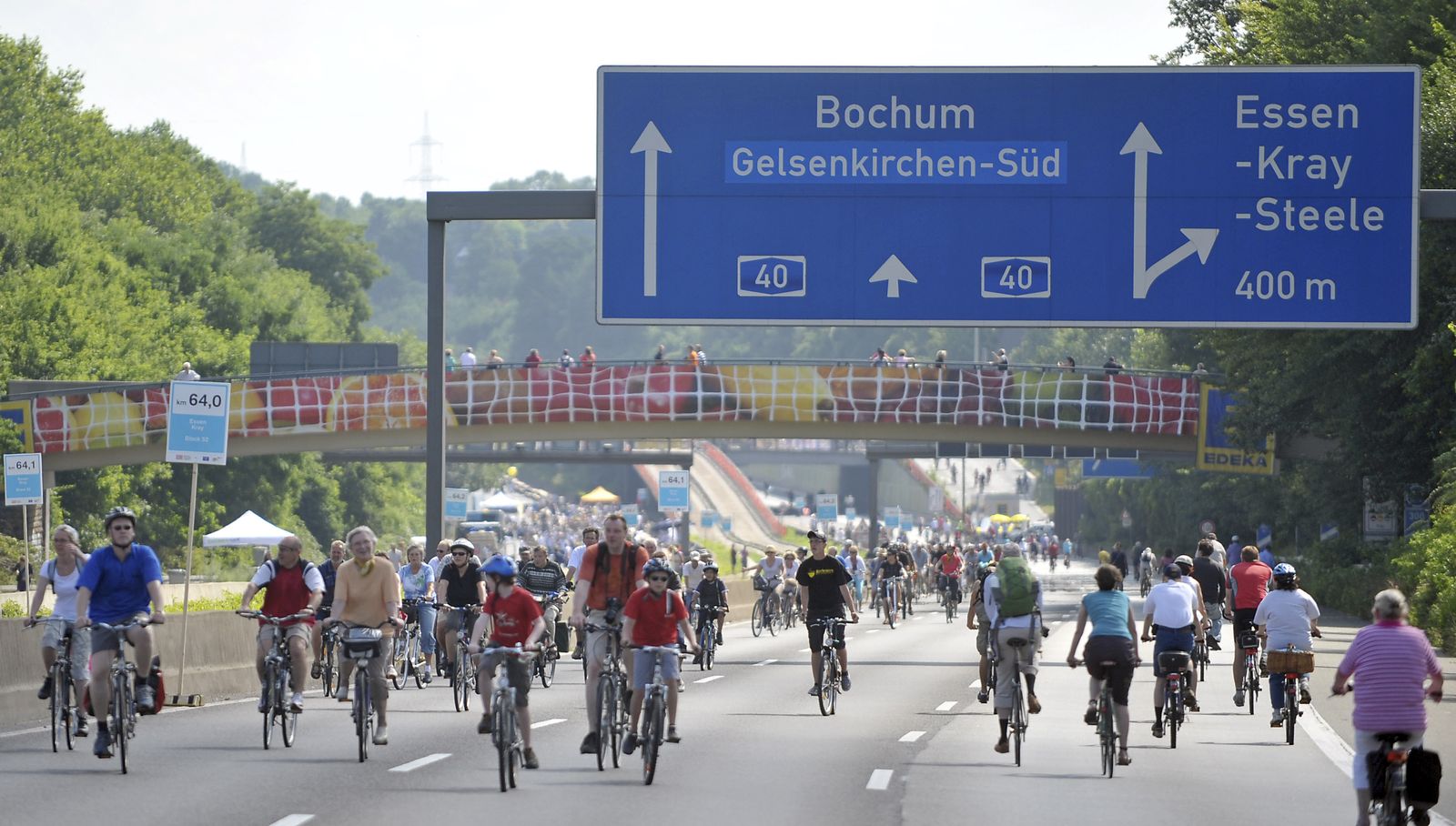 One side of the highway was dedicated to those who arrived on wheels.