Jürgen Hopf fits the stereotype of a Bavarian beer-maker, with his traditional felt hat, rosy cheeks, and proudly protruding beer-belly. But Hopf has given Germany's favorite drink an unlikely twist, creating libido-enhancing beer.

And the potion which he created almost seven years ago, has gone from strength to strength. Sales of the bottles adorned with a picture of a woman removing her top now make up more than a tenth of all the beer brewed in his village. 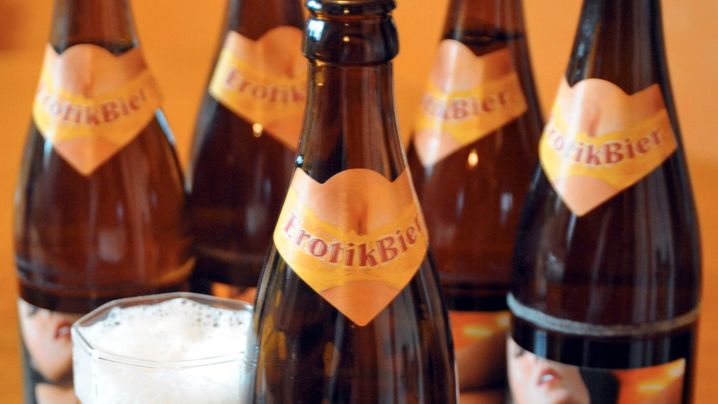 But his invention came about by chance, Hopf says. "I work at a brewery where all the processes are automated. One night though, the system failed and I was called up to try and fix it as I live just over the road," he told SPIEGEL ONLINE. "It was the middle of the night and there wasn't a soul in sight so I crossed the road wearing just my little boxer shorts and slippers."

What happened next is something which Hopf describes as pure magic. When he entered the brewery the machine was completely broken and couldn't be restarted. Semi-naked with no sleeves to role up, he picked up a large stick and started stirring the soupy brew by hand. "I suddenly felt strange and I knew that this beer would be different from any beer we had ever made before," he recalls.

Sure enough, two months later, the beer brewed that night back in 2002, had become somewhat of a local legend. Anyone in the village of Schönbrunn -- a settlement of 1,400 in the heart of the Fichtelgebirge Mountains in Bavaria -- who tried the beverage, reported a drastically increased libido. "Everyone I asked told me that they had not watched TV in the weeks," Hopf chuckles, "instead they had went straight to the bedroom with no time to spare!"

Today, his brainchild has become one of the most successful products in the small village, which relies on agriculture and is home to only a few family owned businesses.

At the 2007 Oktoberfest -- Munich's annual beer-swilling festival -- Hopf was told that his beer had helped an infertile woman in the United Kingdom become pregnant. His explanation: The beer must be a miracle potion.