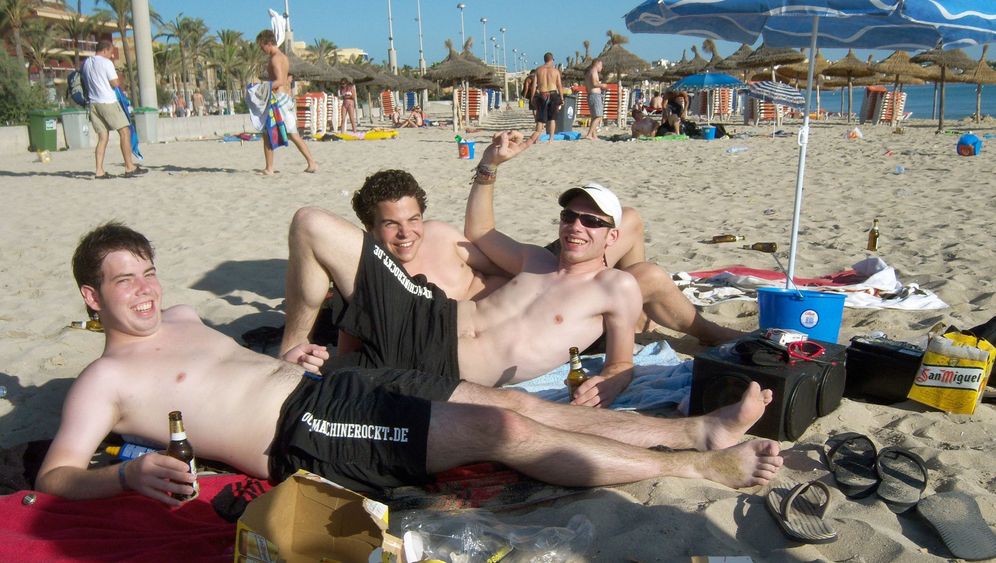 In the summer, Mallorca's Playa de Palma is Germany's biggest party beach. It stretches for six kilometers at Palma de Mallorca, the capital of the Spanish Mediterranean holiday island, and it teems with crowds of young Germans on package holidays roasting in the sun, downing German beers, slurping Sangria from buckets in long straws and gyrating to the latest Schlager, or hits, from their country.

There are clubs called Oberbayern and Bierkönig, the latter resembling an Oktoberfest beer tent. The fishy smells of Paella mingle with the subtle aromas of bratwurst and French fry fat. They call it the "Ballermann" - a German derivation of the Spanish word Balneario, or bathing beach, which probably isn't that easy to pronounce after a bucket of Sangria.

For many years, it has been synonymous with raucous revelry and fun in the sun, German style. The Ballermann is to Germans what the Spanish mainland resort of Benidorm is to the British, only more so, because it's so exclusively Teutonic. In fact, if you lay claim to a pool sunbed by placing your towel on it at dawn, nobody will bat an eyelid here, because everybody does it.

'The Ballermann Will Cease to Exist'

But now a Spanish politician wants to put a stop to the fun. Alvaro Gijon, 40, the deputy mayor of Palma, told Bild, Germany's best-selling tabloid newspaper, in an interview on Monday that he wants to change the Playa from a low-brow budget destination to an upmarket resort lined with luxury hotels.

"We will transform the appearance of the Playa de Palma 180 degrees," said Gijon."The Ballerman will cease to exist in this form."

Hotels lining the beach will be upgraded to four and five stars and there will be new high-class restaurants and sporting facilities, said Gijon. "We want people who spend a lot of money, e.g. more tourists from China and Dubai. St. Tropez, Miami and Las Vegas are locations we plan to use as benchmarks. We plan a tourist casino where the stakes will run into thousands."

Bild turned Gijon's comments into its lead story front page story on Monday -- an indication not just of how little is going on in the sun-baked fatherland at the moment, but also of how important the Ballermann is to this nation. The newspaper asked anxiously: "Is the party over on Mallorca?"

Plans have been afoot for some years to renovate the beach area but the work has been hampered by protests from residents whose homes were to be torn down. In an ominous sign of how times are changing, the local authority imposed a ban on public drinking between 10 p.m. and 1 a.m. on one section of the seafront ths season. Starting next year, that ban will be extended to the entire beach.

"This boozing tourism is out of date," said Gijon. But he added that he was sure different kinds of German tourists will come once the refurbishment has been completed. "The Germans remain our most important holiday guests."