After years of legal battles, former Formula One President Max Mosley and Internet giant Google have ended their dispute. SPIEGEL has learned that the two parties signed an agreement on Monday. "The dispute has been resolved to the parties' mutual satisfaction," Tanja Irion, Mosley's lawyer in Germany, said when asked about the case. Google and Mosley have agreed not to disclose the terms of the agreement. "The terms of the agreement are confidential," Mosley told SPIEGEL. "I'm satisfied and I don't want to jeopardize it."

The case spent years working its way through courts in France, Germany and Great Britain. Mosley sued Google because the company refused to filter illegal images of a private S&M party held by Mosley out of its search results. Mosely has successfully sued hundreds of Web site operators for violating his privacy by repeatedly showing the images. A British tabloid newspaper secretly filmed Mosely in 2008 during a private sex party and then posted it on the web. Courts in Paris and Hamburg had already ordered Google to remove the images from its results.

Hamburg's higher regional court had planned to rule on Google's appeal against the decision on May 19, but that decision has now become moot. Contacted on Wednesday night, the court said it was unaware of the agreement between Mosley and Google. 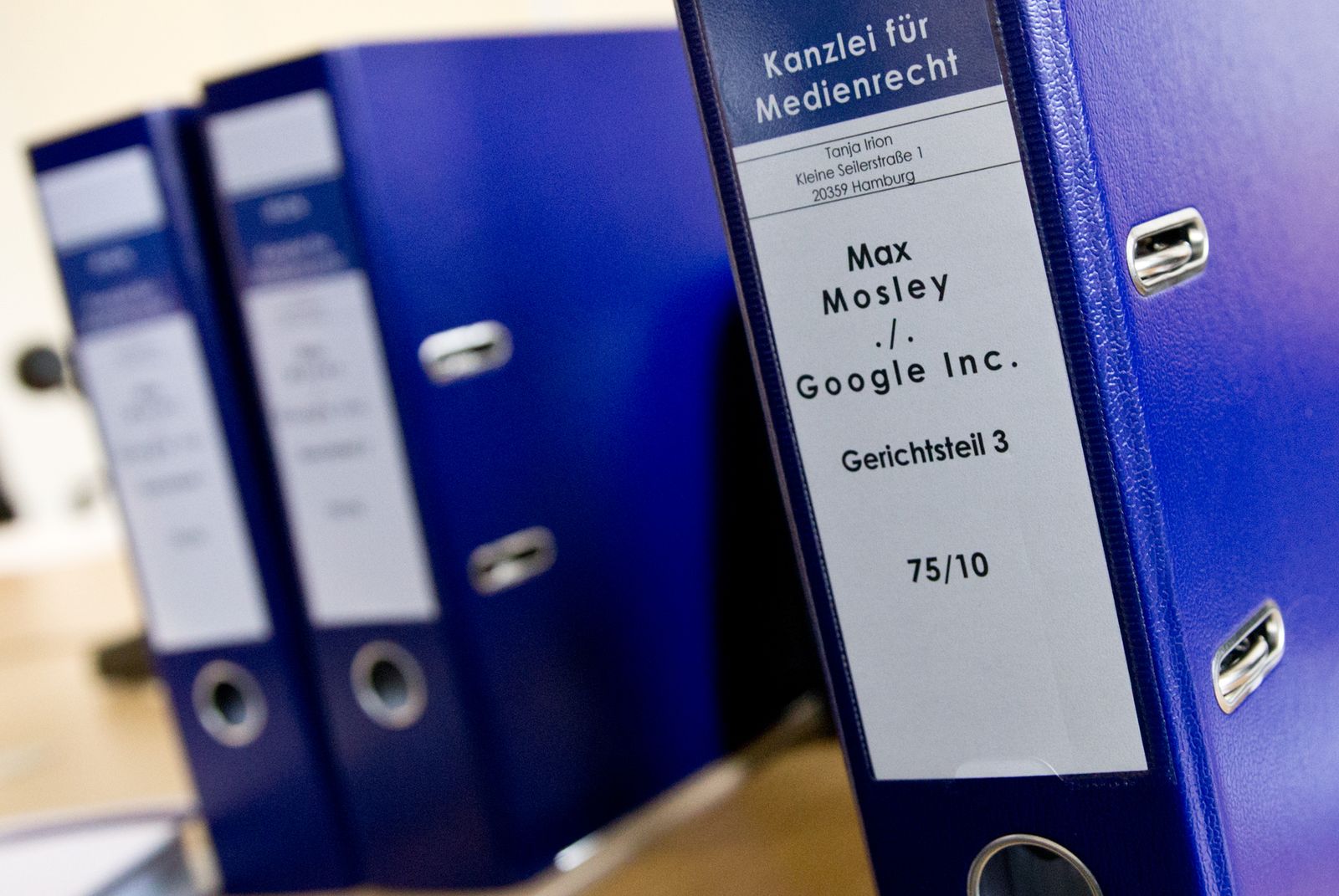 An appeals court ruling had been expected next week in Max Mosley's case.